(PORTLAND, OR) – In celebration of the national Craft Brewers Conference taking place in Portland this month, Cascade Brewing will be hosting the inaugural Sour & Wild Invitational from April 14 to 18 on the production side of the Cascade Brewing Barrel House, 939 SE Belmont St. 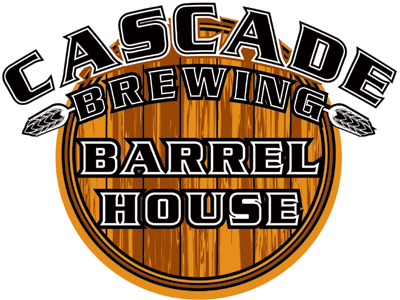 The Sour and Wild Invitational will feature a number of exclusive Cascade blends alongside unconventional – and in some cases rare – sour and wild beers from breweries around the country. There will also be a limited food menu available, as well as a merchandise and bottles sale station. Hours for the event are 3pm to 11pm April 14-16, 3pm to Midnight April 17 and Noon to Midnight on April 18. There is no admission to attend the event. Admittance will be limited to ages 21 and over.

The event will sell 8-oz pours of the specialty beers; payment is by cash or credit. The lineup will rotate throughout the five days. Following is an ever-growing list of guest breweries/beers that are scheduled to appear:

The Cascade Brewing Barrel House will be open regularly scheduled hours and will operate independent of the Sour and Wild Invitational. For more information, visit www.cascadebrewingbarrelhouse.com or call 503-265-8603.

About Cascade Brewing
Established in 1998, Cascade Brewing is a pioneer of the Northwest style sour beer movement. Under the ownership of Art Larrance and the direction of brewmaster Ron Gansberg, the Portland, Ore. brewery eschewed the “hops arms race” of the Northwest and instead chose to focus on sour ales, employing local fruit and barrels from the region. Today it has grown from several oak wine barrels to more than 1,400. It also produces a number of non-sour beers in its SW Portland brewery. Cascade Brewing has two pubs, the Raccoon Lodge and Brew Pub in SW Portland and the Cascade Brewing Barrel House in SE Portland. The brewery currently distributes its bottled sour beers in California, Florida, Hawaii, Massachusetts, New York, Nevada, North Carolina, Oregon, Pennsylvania, Washington and British Columbia. For more information, visit www.cascadebrewing.com

Tropical Grasslands – Cascade Brewing’s First Sour Beer in a Can