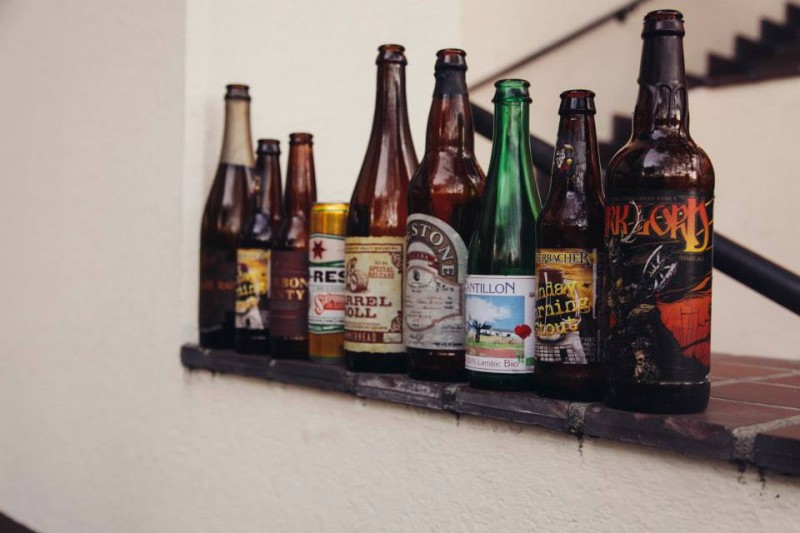 Our friends over at InsideTheCellar.com are holding their second Caring is Pairing event. For those who didn’t attend their last amazing event, you need to pencil this in.  It’s an intimate event with some of the best beer, wine and food, and you will be helping out a great cause: The Wounded Warrior Project. Read on for all the details including the beer lineup and a link to get your tickets now.  There is a limited amount left so snag them up now before they are gone!

21+ only – Photo ID will be REQUIRED at entrance. Non-refundable.

Join the Inside The Cellar team for our quarterly non profit fundraiser Pairing is Caring! For the benefit of Wounded Warrior Project!

What is it?
Pairing is Caring is a marriage of drink, food, fun and friends. This time the festivities move to Monk Space on 2nd & Western near Korea Town. Monk Space now inhabits what was once a Historic Speakeasy known as the Horseshoe Club!
Pairing is Caring will feature 6 craft beer pouring stations, 3 winery stations(new addition), and food pairings. In addition to the beer and wine stations, there will also be a VIP bottle share featuring rare and sought after selections from the personal cellars of the ITC Team. We’ll update this page with more information in the coming weeks.

VIP:
VIP gets all the perks of general admissions but also includes early admittance at 7:00 PM and access to the VIP section will feature an AMAZING bottle share – with personal beer and wine collections being provided by the Inside The Cellar Team.

Designated Driver Tickets:
DD Tickets include Water, Soda and food. Designated drivers will NOT be allowed to consume alcohol. Anyone caught doing such will be immediately removed from the event.

Raffle tickets for Yet to be determined gifts will be available for sale at the event.

GET YOUR TICKETS NOW