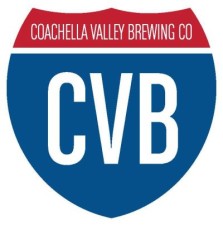 To celebrate its second anniversary with devoted fans and the community, CVB will hold a beer festival-style party at its brewery with live music and food vendors on Saturday, October 17, 2015 from 2 – 9 p.m.

David Humphrey, CVB Co-founder and CEO, said: “I’m so proud of what the brewery has been able to accomplish in just two short years. We have positioned ourselves for growth without compromising our core values – producing beer that reflects our valley and all that makes it special. The past two years have been an amazing journey and our upcoming celebration is about great beer and the great Coachella community that we live in.”

Since opening its doors in August 2013, CVB has achieved significant success:

Chris Anderson, CVB’s Head Brewer and Chief Operating Officer, said: “We attribute the brewery’s success to quality beer matched with a quality brand. But most importantly, the hardworking team at the brewery is what really makes CVB great.”

Martin Wadley, Vice President, Beer, Young’s Market Company, said: “Young’s Market Company is proud to represent Coachella Valley Brewing Co and congratulates the brewery as they celebrate their second anniversary. Over the past two years, CVB has proven to be a strong and valued addition to Young’s portfolio. CVB is doing a great job competing in California – one of the most competitive beer markets in the country – and CVB is winning by offering consistent, creative and award-winning beers.”

The anniversary celebration will be held at Coachella Valley Brewing Co at 30650 Gunther St., Thousand Palms, from 2 – 9 p.m. Attendees will receive a free souvenir tasting glass, along with 12 beer tastings for the $20 admission price. Coachella Valley Brewing Co promises great fun and most of all great, local craft beer at the event. For more information, visit www.cvbco.com or call the brewery at 760.343.5973.