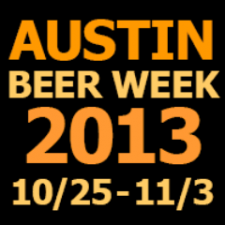 “Our original plan, way back in 2010, was to open a wine shop. Then came Austin Beer Week,” says Brandy Egli. “It was amazing, a revelation. We ran around to so many events, met so many cool local craft beer people and tasted so much amazing beer. After that, we knew we had to focus on craft beer.”

The Eglis poured that passion into Craft Pride, which in less than a year has become a craft beer heavyweight, featuring 54 taps, two casks, 100+ bottle selection and even its own in-house nitrogen system.

The Austin Beer Week Opening Night Party, scheduled for Friday, Oct. 25, will feature a kick-off toast, live music and live panel discussion that will be recorded and hosted by Locapour’s Mike Langford. The panel, featuring some of the most influential individuals in the Austin craft beer scene will be screened during an upcoming Locapour event at Craft Pride on November 1. The Opening event will also mark the debut of Craft Pride’s growler sales. See all Craft Pride’s Austin Beer Week events here: http://www.austinbeerweek.com/2013/profile/CraftPride.

“Austin Beer Week is one of the busiest for brewers and venues,” says Austin Beer Week Co-Founder Tom Roli. “More rewarding than the business that’s generated, though, is working with enthusiastic supporters of craft beer like Brandy and JT, and hearing how much fun everyone has. People travel near and far to ‘do’ Austin Beer Week. It’s a great opportunity to take in all the Texas craft beer scene has to offer.”

Austin Beer Week is made possible thanks to the generous support of the craft beer community, especially:

The Texas Craft Brewers Guild along with…