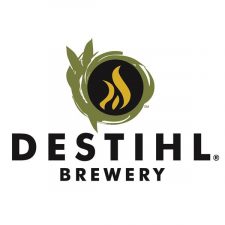 DESTIHL opened its first gastrobrewpub™ (DESTIHL Restaurant & Brew Works) in Normal, Illinois, in November 2007 and added its second gastrobrewpub in downtown Champaign, Illinois, in April 2011, where the company focuses on both artisan food and beers. The company’s original production brewery in Bloomington, IL commenced operations on May 31, 2013, but production was moved to its new facility in Normal, IL in March 2017. DESTIHL Brewery combines centuries-old, global brewing traditions and new American craft brewing ingenuity & artisanship to produce a wide array of beers for every palate. The result is a diverse offering of intensely flavorful beers that are anything but bland. The brewery currently distributes its beers in Arizona, Arkansas, Colorado, Florida, Illinois, Indiana, Iowa, Louisiana, Michigan, Minnesota, Missouri, Nebraska, New York, North Carolina, Ohio, Oklahoma, Pennsylvania, Tennessee, Texas and Wisconsin with availability in Washington, D.C. as well.

DESTIHL Brewery Will Export to the United Kingdom

We use cookies on our website to give you the most relevant experience by remembering your preferences and repeat visits. By clicking “Accept”, you consent to the use of ALL the cookies.
Cookie settingsACCEPT
Manage consent

This website uses cookies to improve your experience while you navigate through the website. Out of these, the cookies that are categorized as necessary are stored on your browser as they are essential for the working of basic functionalities of the website. We also use third-party cookies that help us analyze and understand how you use this website. These cookies will be stored in your browser only with your consent. You also have the option to opt-out of these cookies. But opting out of some of these cookies may affect your browsing experience.
Necessary Always Enabled

Any cookies that may not be particularly necessary for the website to function and is used specifically to collect user personal data via analytics, ads, other embedded contents are termed as non-necessary cookies. It is mandatory to procure user consent prior to running these cookies on your website.