(Normal, IL) – DESTIHL® Brewery is gearing up for its highly anticipated Dosvidanya Day Bottle Release Party, taking place on Saturday, November 18th, 2017, from 12-6pm. A limited number of tickets are available for advance purchase through Eventbrite.com. 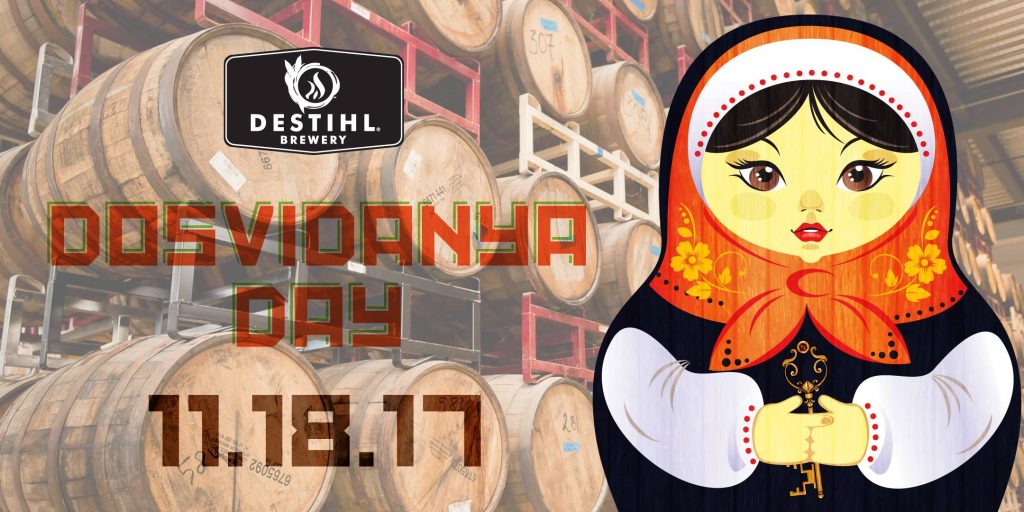 Dosvidanya® is widely recognized as one of the best Russian Imperial Stouts on the market, its variants having won back-to-back Gold Medals in the most competitive Strong Stout category and Best-in-Show accolades at the National Wood-Aged Beer Competition held in Chicago at the Festival of Barrel-Aged Beer (‘FoBAB’) in 2015 (for Dosvidanya) and Runner-Up Best in Show in 2016 (for Dosvidanya Rye). In addition, Dosvidanya is the 2015 GABF® Bronze Medal winner in the Wood and Barrel-Aged Strong Stout category. Dosvidanya was also recently named the “Best Beer in Illinois” by ‘Craft Beer and Brewing Magazine’.

This year’s Dosvidanya Day is marked with additional distinctions of being DESTIHL’s 10th anniversary as well as the first Dosvidanya release since the opening of the company’s massive new production brewery & Beer Hall in May and the last batch of Dosvidanya brewed at the old production brewery. To commemorate these significant events, DESTIHL will be unveiling four variants of Dosvidanya, including two 10th anniversary variants which will be available exclusively at the brewery (although a limited amount of the anniversary variants will also be available for sale at DESTIHL’s two brewpubs on the Wednesday before Thanksgiving). The list includes: 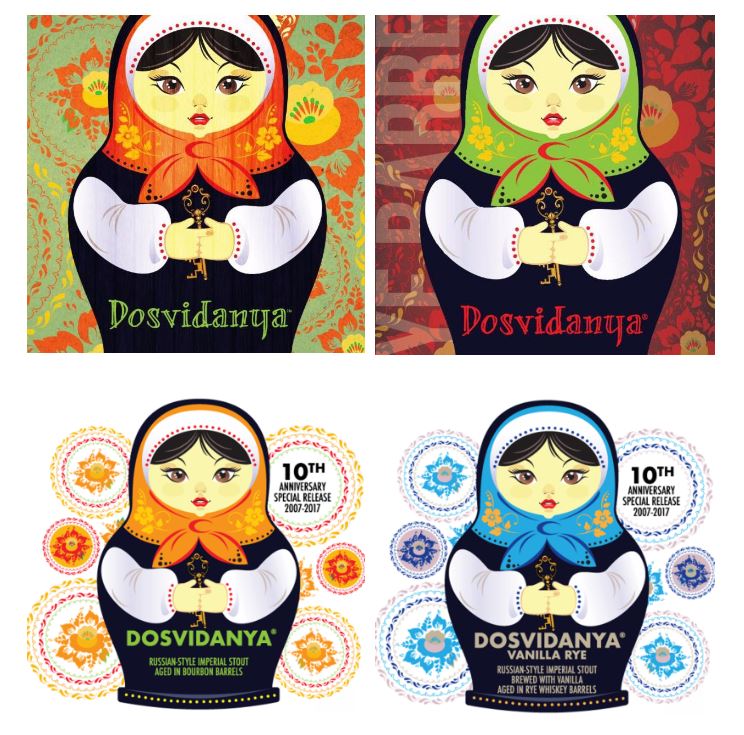 “We really want to turn Dosvidanya Day into an experience, not just a bottle release…one that more and more people will look forward to each year” said Founder, CEO and Brewmaster, Matt Potts.

TICKETS TO DOSVIDANYA DAY are limited to 700 and fewer than 250 tickets remain available as of 10/24. Tickets are sold on Eventbrite as well as on DESTIHL’s Dosvidanya Day Facebook event page until they sell out. These tickets are available on a first-come, first-served basis. If there are any tickets left once Dosvidanya Day starts, they can be purchased at the brewery during the event. EVERY $80 TICKET INCLUDES:

Timed releases of Dosvidanya on draft will also be released throughout the day in the Beer Hall, and are available for sale to all in attendance (no ticket required), while supplies last:

Dosvidanya’s four variants clock in at 12.5% Alc./Vol. and over 83 IBU. These beers are among the best in the world for their style and can easily be cellared in a cool environment. We suggest enjoying one now and laying one down in the cellar.