(Normal, IL) – DESTIHL Brewery has unveiled their 2018 release calendar that will dictate production and distribution of its beers regionally, nationally and even internationally. 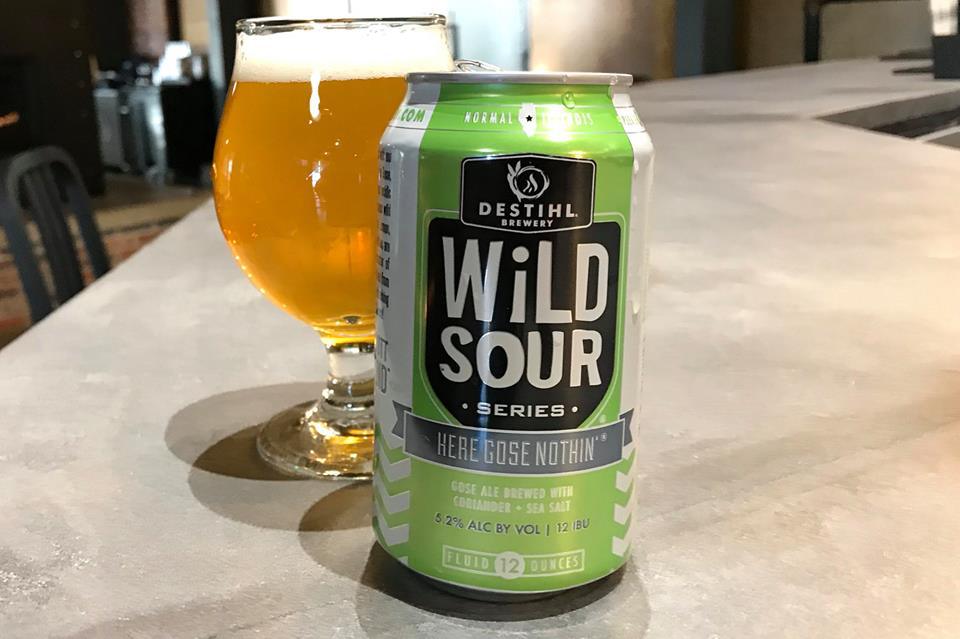 Some changes to this year’s release calendar and production schedule include new year-round beers such as Normal Pils, Amra Mango IPA and Moonjumper Milk Stout. DESTIHL has also integrated a new brand family into their 2018 release calendar with the addition of the DeadHead® IPA Series – comprised with trimester based releases that include its existing DeadHead® Imperial Red IPA that has been a local favorite for years (in 500ml bottles) as well as Soundboard Session IPA and Touch Of Haze IPA, both in 6-packs of 12 oz. cans. Also new to the lineup this year is Privyet Russian Imperial Stout, the base beer of its highly awarded Dosvidanya®, available in 4-packs of 12oz cans.

In addition, DESTIHL has altered their seasonal release schedule for the industry-changing WiLD SOUR SERIES to allow for longer, trimester runs of their popular seasonal releases and converting Flanders Red into a year-round release instead of a seasonal. For distribution purposes, barrel-aged Saint Dekkera® Reserve Sour Ales will have less variants released for distribution but in larger volumes, leaving the smaller or even single-barrel releases for sale from DESTIHL’s new beer hall.

In Mid-2017, DESTIHL opened its massive, new production facility in Normal, Illinois, after outgrowing its initial production facility which opened in 2013. DESTIHL’s new 10bbl experimental pilot system, along with its new 60bbl production brewhouse, can take much of the credit for new brands, brand development, improvements to existing brands, larger production volumes and a wider distribution footprint. Neil Reinhardt, DESTIHL’s Director of Sales, noted “This new release calendar and production plan will help to streamline and maximize production of our most popular brands and introduce new brands based on trends we have identified in the market, in our own Beer Hall and via our limited release Experimental Series beers, which are only available locally. We couldn’t be more excited for the year to come!”

DESTIHL opened its first gastrobrewpub™ (DESTIHL Restaurant & Brew Works) in Normal, Illinois, in November 2007 and added its second gastrobrewpub in downtown Champaign, Illinois, in April 2011, where the company focuses on both artisan food and beers. The company’s original production brewery in Bloomington, IL commenced operations on May 31, 2013, but production was moved to its new facility in Normal, IL in March 2017. DESTIHL Brewery combines centuries-old, global brewing traditions and new American craft brewing ingenuity & artisanship to produce a wide array of beers for every palate. The result is a diverse offering of intensely flavorful beers that are anything but bland. The brewery currently distributes its beers in Arizona, Arkansas, Colorado, Florida, Illinois, Indiana, Iowa, Louisiana, Massachusetts, Michigan, Minnesota, Missouri, Nebraska, New York, North Carolina, Ohio, Oklahoma, Pennsylvania, Tennessee, Texas and Wisconsin with availability in Washington, D.C. as well. DESTIHL also distributes it’s beers internationally to South Korea.