For over 20 years, Arrogant Bastard Ale has been the definition of EXTREME in craft beer. The beer itself is very brash by most people’s palates, and that’s exactly how it was designed. The lifestyle branding is arguably bigger and more brazen than the beer itself. While we thought the gnarly gargoyle had its best days behind it, living in the very politically correct world of 2019, its surprising that Arrogant Bastard and related products are seeing a renaissance by partnering up with like-minded products and brands under the company name Arrogant Consortia. Earlier this year, The Arrogant Consortia teamed up with heavy metal legends Metallica on Enter Night Pilsner. As a child of the 80’s and 90’s, I was able to figure out the demographic this beer was targeting. The same demographic that loved Jägermeister and Jäger bombs! Yup, Arrogant Consortia released a version of the already abrasive red ale with herbs and spices to mimic the borderline offensive flavors of what we all got wasted off of in college, Jägermeister!

Seeing the direction this bro-brand is going in, we’d like to shoot out a few requests for future collabs that seem like the perfect fit. Don’t worry Stone/Arrogant Consortia, these ideas are on the house.

Seeing the direction this bro-brand is going in, we’d like to shoot out a few requests for future collabs that seem like the perfect fit. Don’t worry Stone/Arrogant Consortia, these are on the house. 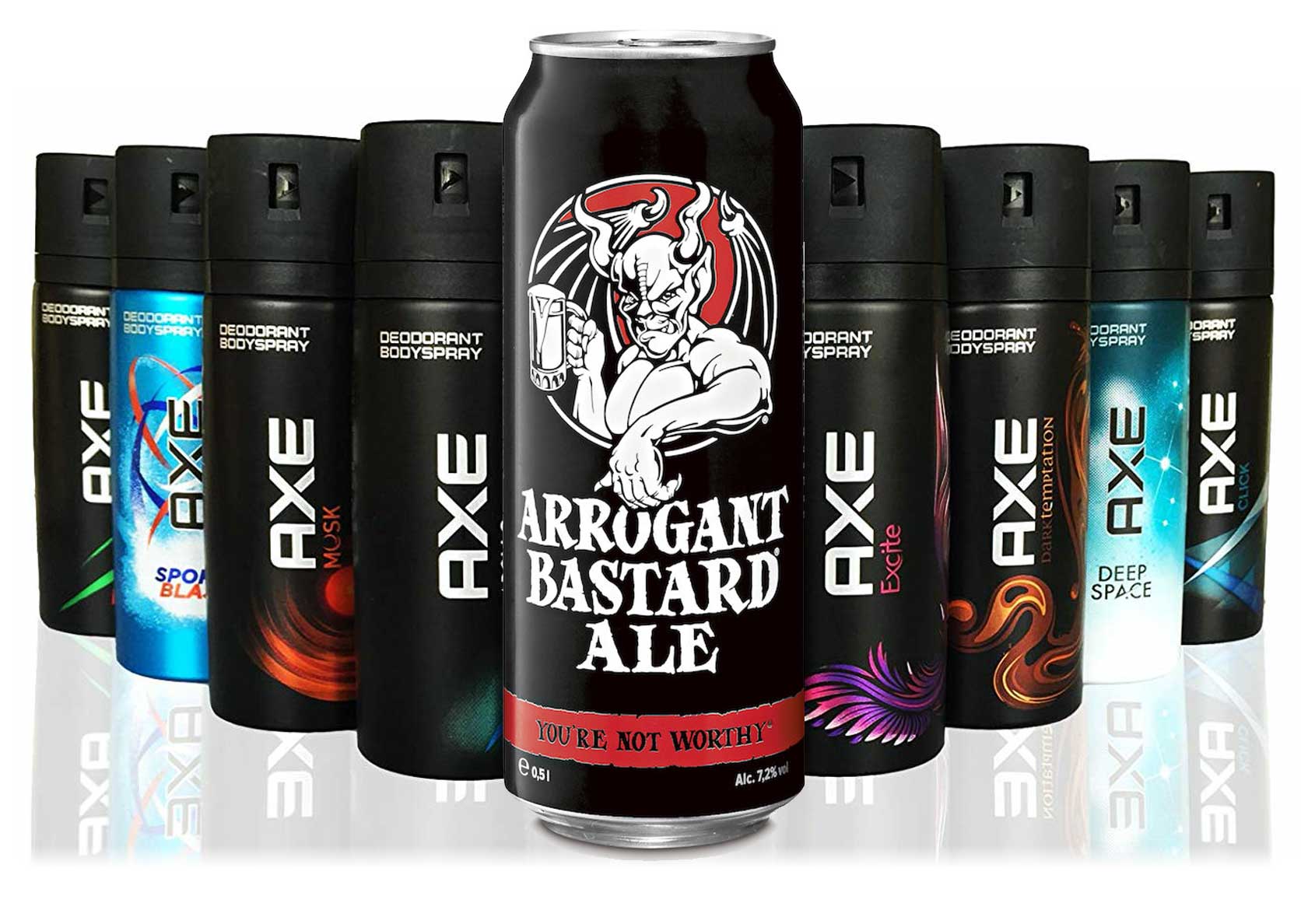 Christmas is coming up, and there is a special bro in your life. Smelling extreme might not convince people exactly how extreme you are, nor would just drinking a tallboy of Arrogant Bastard. Getting a gift set combining both brands this holiday would shake any doubts one may have about your bold tastes. We would ask that Axe makes one scent called Chinook just to tie it in perfectly. 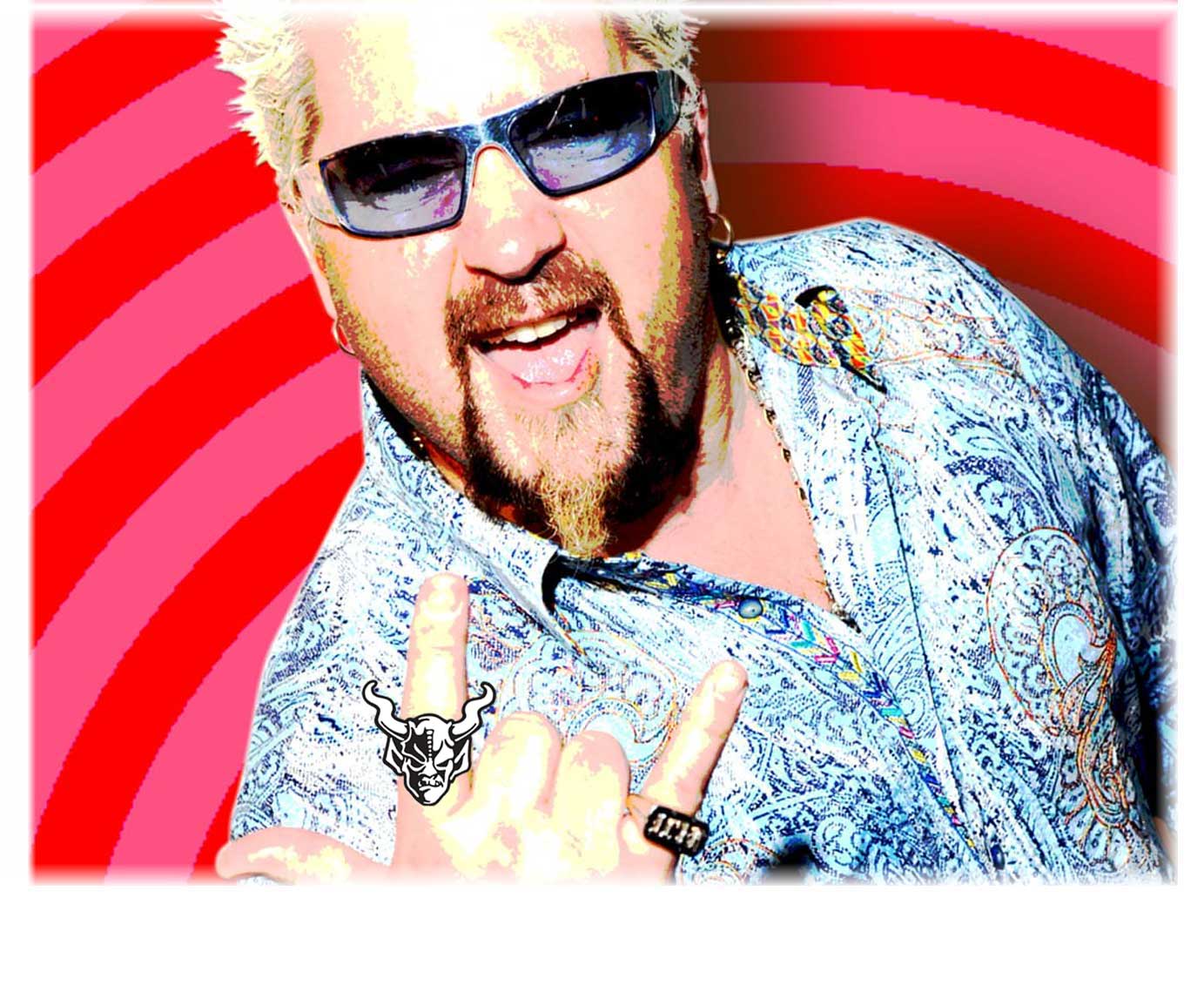 For years Stone and Arrogant Consortia have been dabbling in food products. Mustards, barbecue sauces and hot sauces have made their way to many retailers. While they have been a fun novelty purchase, they need to get the culinary nod from the mayor of Flavortown himself, Guy Fieri. Whether it be on the hit series Diners, Drive-Ins and Dives or at one of Guy’s restaurants, you should be able to load up some nachos or fries with some Crime and Punishment based sauces and dips. Stone World Bistro & Gardens can fly Guy in for a little PR, where he can fist bump with the back of the house and scream in joy as he takes a big bite of an impossible burger with some Double Bastard Ghost Pepper Sauce. 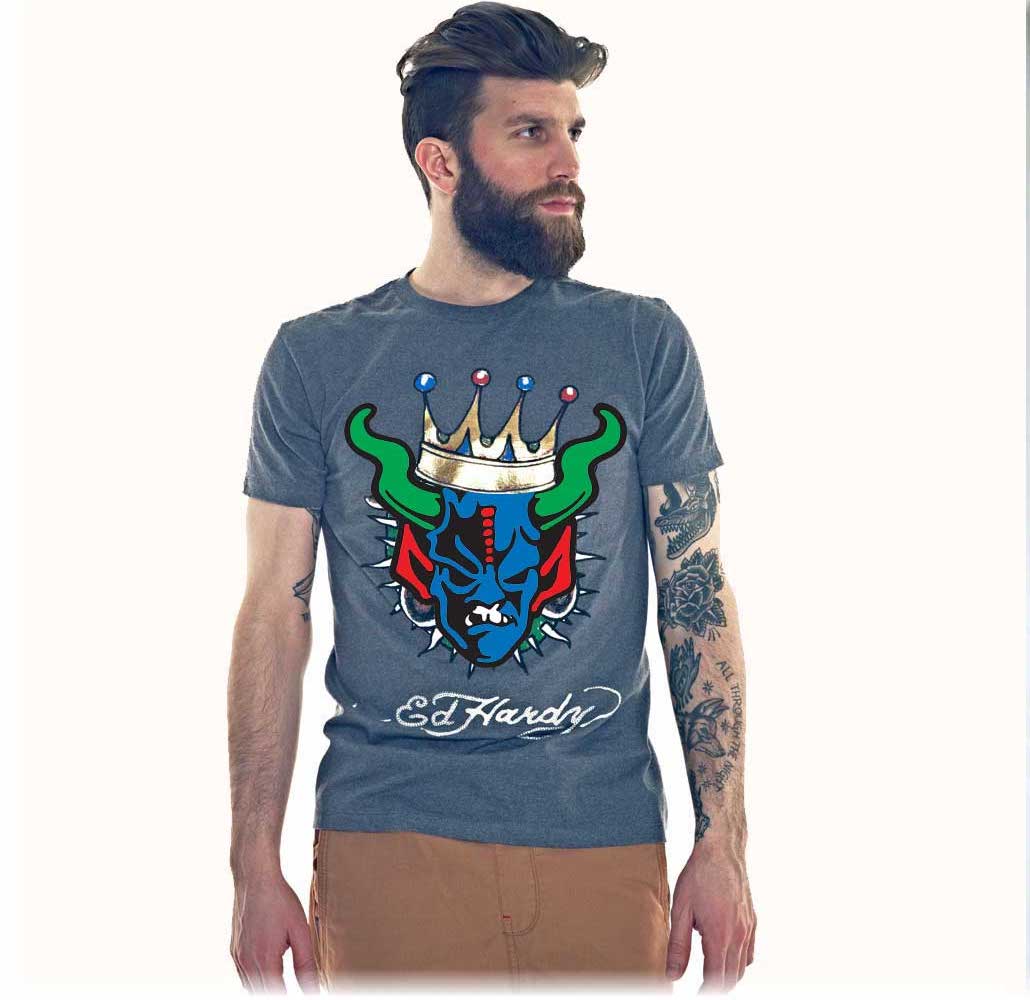 What’s old is new again. Bell bottoms came back after the 70’s. Stone wash jeans came back. Why can’t Ed Harty T-Shirts come back in style? Well they can and they could get a nice boost from its tattoo-like bro, the Arrogant Bastard gargoyle. Honestly, Ed should have contacted Stone 15 years ago on this brilliant idea. Crowns, dragons, Stone gargoyles, phrases expressing boldness. It’s a license to print money. If Arrogant Consortia can make Metallica and Jägermeister cool again, it can surely resurrect Ed Hardy clothing. 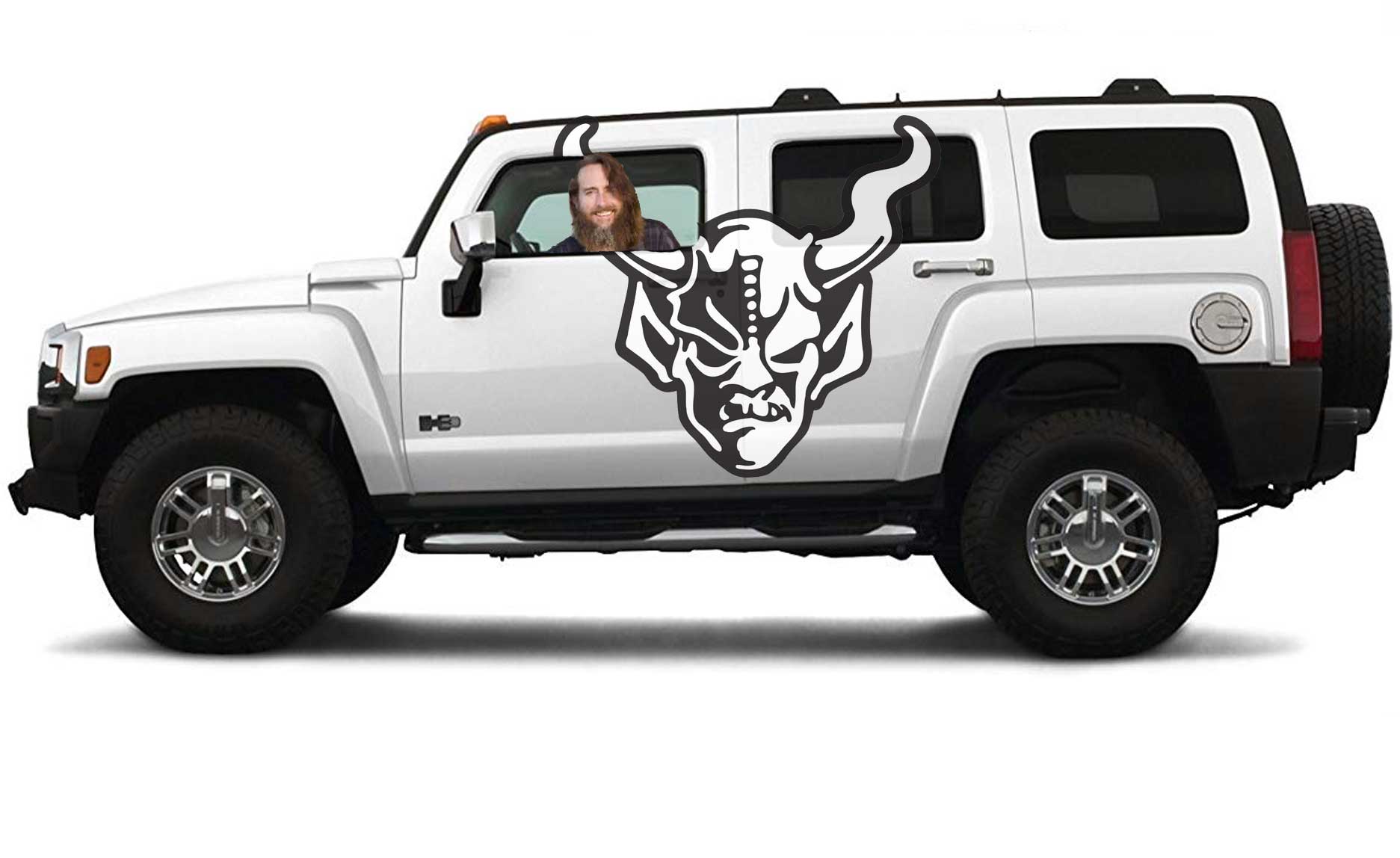 Two awesome things were left in the dust in the mid 2010’s that need to make a return. Double Bastard Ale and the H3 Hummer. If either company would just put their pride aside and pick up the phone, we could have “The Summer of the Triple Double in 2020.” Stone could give away a few Bastard-themed wrapped H3 Hummers, and even park them outside of the Metallica concert for that added tie in. This move could single handedly boost the domestic automobile and craft beer industry in one campaign. 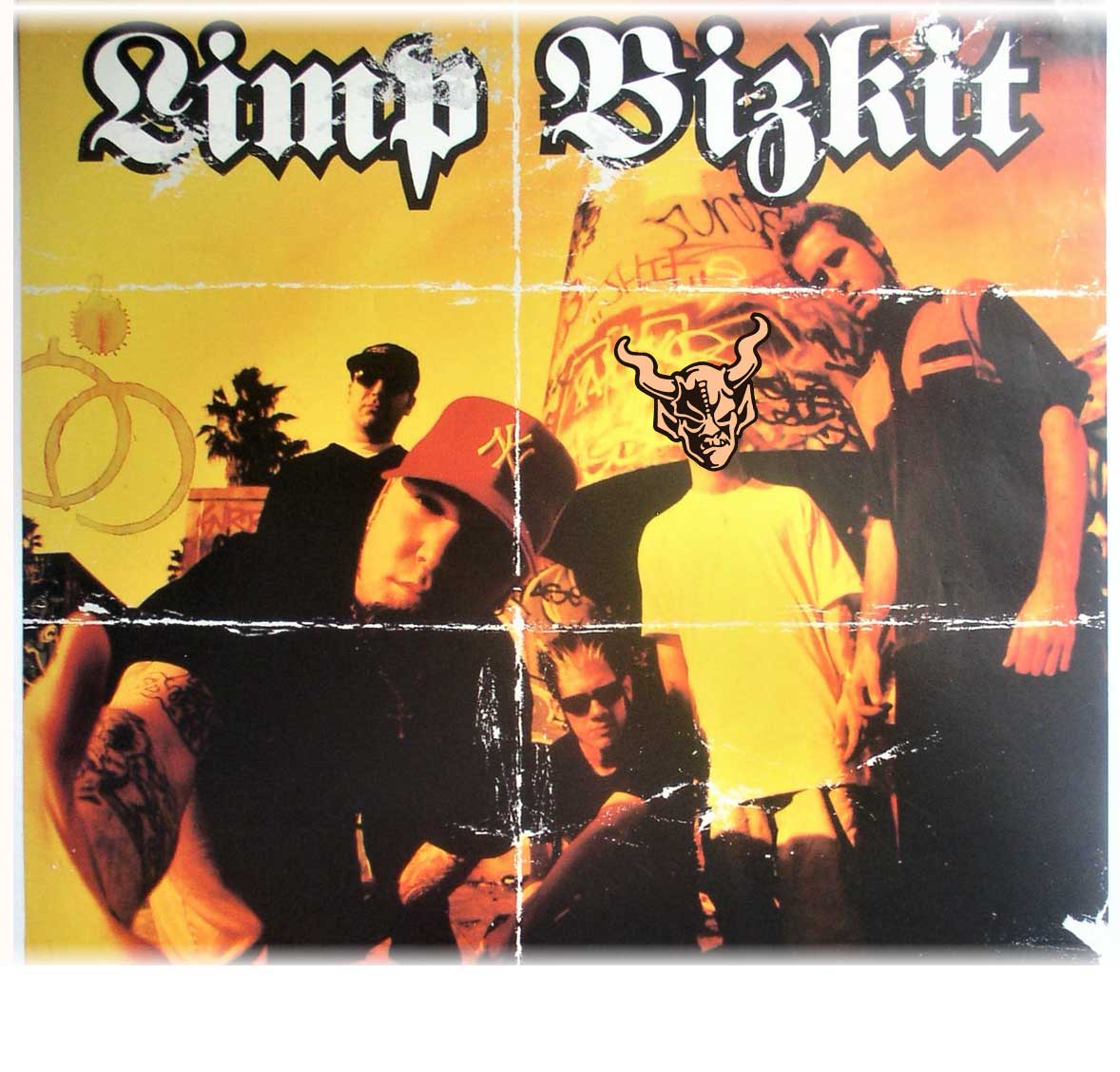 The switchboard over at Arrogant Consortia lit up right after Metallica Enter Night Pilsner hit the streets. Nickelback, Ke$ha, Solja Boy and the likes all wanted to do a music beer brand collab. The obvious choice is the band we all bumped in our Chevy Avalanche, while wearing our flat brimmed Yankees cap, Limp Bizkit! Seeing as Metallic already took a pilsner, we think this is the perfect opportunity to bring back the 100+ IBU barleywine, Old Guardian. The obvious choice for the rebrand/rename would be Rollin’ Guardian. The smart money would be tallboys of this hoppy tongue curler and a summer tour to get this party started.

These five were the obvious. What did we miss? Sound off in the comments.