AB-InBev Picks Up A Couple of Wins Against Craft Beer 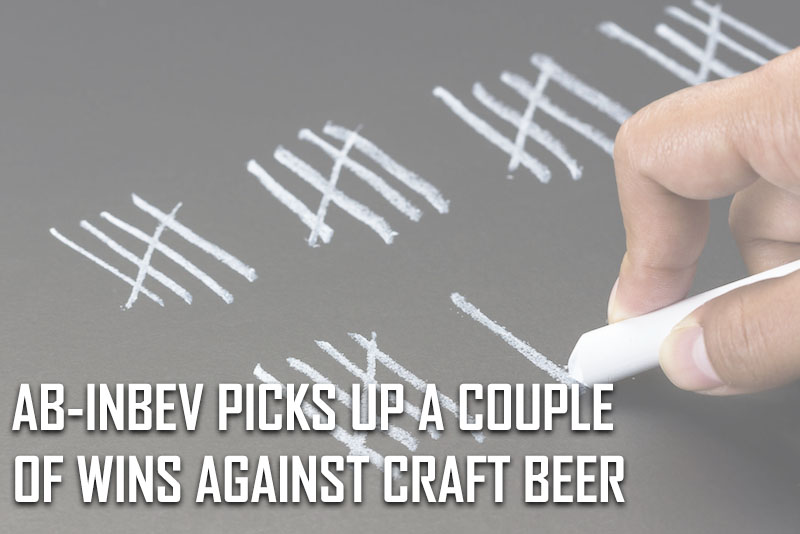 The past few years have been very tense between defined craft breweries and mega beer corporation, AB-InBev. With a dozen or so established breweries acquired and sports stadiums decorated with fake craft brands, craft beer rallied together to launch a campaign to fight back. Along with the Independent Brewery Seal, they launched a ‘Take Craft Back’ infomercial to help educate consumers and raise awareness in the market between a real craft brewery and a mega-corporation acquired brand that blends in with independent craft beer. While it will always be an uphill battle to fight against that much money and power, it had seemed the little guys have been gaining momentum in campaigns and protests in all corners of the country. One of the most notable milestones happened in the spring of 2017 when beer geek darling Wicked Weed Brewing sold to ABI. Liquor stores put their beer on clearance, and many other notable rockstar breweries pulled out of their upcoming invitational beer festival as a statement of solidarity for the independent beer movement. That situation got so hairy that ABI seemingly cooled off on their acquisitions and how they were trying to spin these transactions to the beer drinking public.

While there are many people that are still fighting the good fight, I couldn’t help but notice that ABI/The High End/ZX Ventures has picked up a few wins lately. I’ve always been the first to roll my eyes at their attempt to blur the lines between real and fake craft with the goal of gaining domestic and global marketshare and subsequently limiting consumer options. I’d also like to give credit where credit’s due. ABI has just made three pretty important plays that chip away at the armor of the independent beer movement recently, and it feels to me that they went under the radar for many. 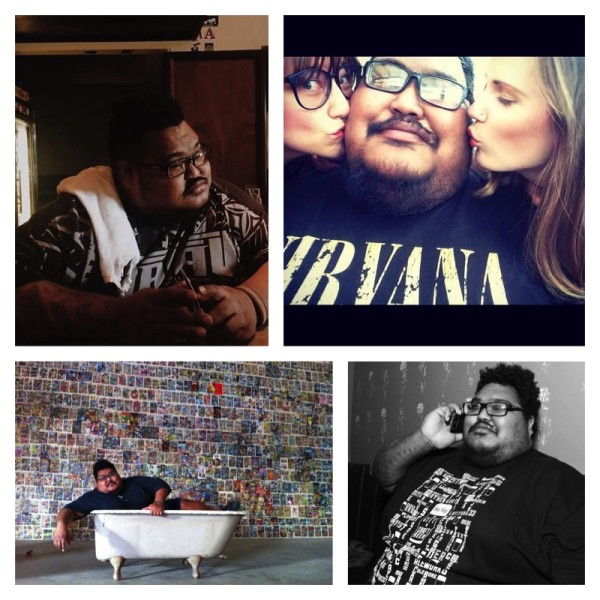 One of the most cringeworthy PR attempts by ABI’s The High End Division was the creation of Beerland on Viceland. While I should watch it to be more informed about the show, it stars Golden Road Brewing’s figurehead Meg Gil in a reality TV setting in which she holds a home brew competition. Besides the show being a giant advertisement for Golden Road, Meg is infamous for her “so homebrewers “can’t brew a bunch of sh*t in their bathtub and call it craft” quote. We’ve had friends and readers send us countless emails from the show’s producers looking for young, hip, urban home brewers, influencers and beer geeks to take part in the show. The email usually includes the lore of free beer, being on television and a few hundred dollars. That doesn’t sound too bad if you weren’t aware of all the animosity between independent beer and ABI. For the second season, Beerland scored their biggest influencer, both figuratively and literally.

Beerland scored Nate Soroko. You may not have heard of him outside of California, but Nate is one of the largest, most lovable men in the beer industry. He’s knowledgeable, kind, generous, and there is nobody who doesn’t love him tremendously. He has been a beertender for the better part of the last decade in San Diego, most notably for Toronado San Diego and Modern Times Beer. Nate has never been a bleeding-heart craft beer liberal, as he still has respect for San Diego OG’s Ballast Point, in a city that is very bitter and envious of their 2015 sale. Still, having one of the faces of San Diego craft beer on a show that’s largely an advertisement for Golden Road Brewing was definitely a big win for ABI.

We reached out to Nate to see why he chose to work with this show, and he was completely upfront and honest with us.

“I did it for exposure and money. I was emailed and told that I was referred by some writer friends like Thrillist and some other beer magazines. They paid for all beer and meals for filming in San Diego including my friends. I was paid $500.00 to do the judging, including paid hotel and travel. I had to sign a non-disclosure agreement about who won, but other than that, I was given free reign. I questioned Meg’s brewing and beer knowledge and the buyout. I talked about San Diego history and the people who laid down the groundwork that’s led to what has made San Diego successful. Sadly that was edited out. People asked me about it. I get why some people turn it down. For me, it was like using Facebook for exposure. I told them Toronado doesn’t carry any Golden Road and they [Beerland] were ok with it. I told them I wouldn’t be drinking Golden Road beer for the San Diego episode and they were fine with that.” 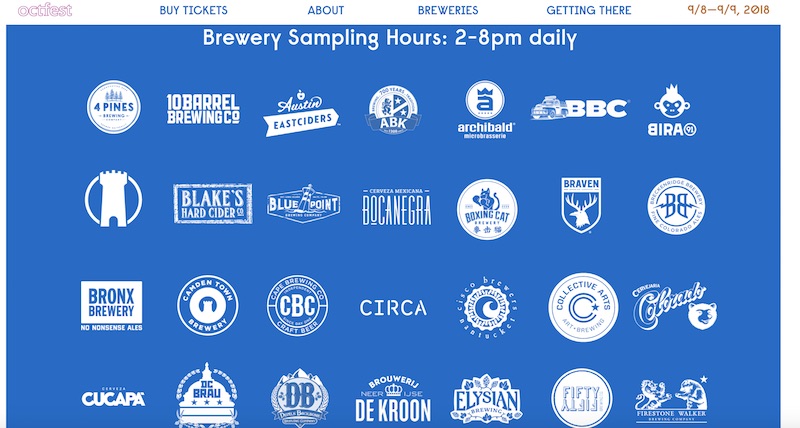 Last year, another big controversy in the fight between independent craft beer and big beer came from ZX Ventures (A market disruption arm and innovation group owned by ABI) not only investing in RateBeer.com, but also launching a slick online beer magazine October with Condé Nast and overseen by GoodBeerHunting’s uber talented Michael Kiser. Condé Nast is also the parent company of Pitchfork so naturally, this magazine is in a great position to hold a beer and music festival, known as OctFest. After the sale of Wicked Weed last year, countless breweries pulled out of Wicked Weed’s upcoming invitational festival as a sign of A) supporting craft beer and B) not wanting to associate with an ABI-owned company. Since then, there have been countless Brewer Guilds around the country that have been making a strong push to separate themselves from larger festivals that are crammed with the entire High End Portfolio (10 Barrel, Golden Road, Elysian, etc.) While there are many examples of a few bigger brands being included in an otherwise craft beer festival (think Lagunitas and Ballast Point), there has been a pretty strong message that independent brewers are doing whatever they can to make it clear who owns what by not participating in an ABI crowded festival. Now if you take a look at the beer lineup for OctFest, you will see every single acquired brewery ABI owns is being poured at this festival, alongside over a dozen breweries listed as independent craft brewers according to The Brewers Association. What is my point? My point is there are a dozen or so breweries participating in a festival that has clear ties to ABI. To me, this is a pretty big win for ABI and blends independent craft beer with the huge international portfolio of beers owned by ABI. We reached out to a few independent breweries and asked if they were aware of the ties to ABI and if so, why did they choose to participate. Alicia Barr, owner of FiftyFifty Brewing in Truckee, CA had this to say:

“When October reached out to us and invited us to this event, they were very transparent about the relationship with AB-InBev, but they were also very clear that they run this event autonomously.  We chose to participate because this is a really cool event with an opportunity to get in front of a remote cool audience that is relatively new to the craft beer scene.  We have a great following of beer fans in New York, and are excited about the idea and opportunity of being more present in that market.  Avoiding an event just because it has ties to AB-InBev does craft beer as a whole no favors.  There is value for us, the Craft Beer industry in general, and consumers, in showcasing a craft California product.

We are still as craft and independent as ever, and are excited about the opportunity to reach new fans with that message.”

Flying Dog Brewing’s Senior Director of Communications Erin Westin had this to say: “We are aware of the InBev affiliation. At the end of the day, our awesome NYC sales reps felt that the opportunity to expose people new to craft to our independent beers outweighed who was putting on the show.”

There is no doubt that this isn’t great exposure for these breweries or that the festival won’t be remarkable, it just goes against the narrative and this is likely exactly what ZX Ventures and ABI is looking for.

Goose Island Bourbon County Stout is fresh on my mind as I finish up the amazing book Barrel Aged Stout and Selling Out by Josh Noel. as many other cult beers of yesteryear have It’s one of the most iconic beers to ever be created not to mention the granddaddy of barrel aged stouts. Even after Goose Island sold out to AB, the beer has been so popular that it has not mattered to most that it’s a relatively mass-produced beer that has lost its scarcity more and more each year. Two years ago, Goose Island widely distributed a few variants of this beer that were found to be infected. This caused a significant dip in popularity with beer geeks as they were leery about the quality of the product and had to deal with the online heckling that they were a bunch of basic bitches chasing after a barrel aged stout that can be purchased at CVS. While there are still plenty of fans of this beer, today’s fickle enthusiast moves on to the next big thing pretty quickly, so while Bourbon County Stout and other Bourbon County beers are still great, their popularity has taken a natural hit.

With Pastry Stout Mania in full swing, Goose Island (and most likely their overlords) have taken notice. For the past five years or so, Bourbon County has been met with an adjunct or two but last week, the online label mongers unveiled two new variants, Bourbon County Neapolitan and Bourbon County Horchata, both of which play to the fan of the pastry stout.

In my eyes, this disrupts the Wakefields, 3 Sons, Cycles, Horus Aged Ales and Moksas of the world by commoditizing these adjunct laden stouts. The brewers mentioned above fetch $20 to $40 a bottle on the retail market for these beers, and now it would seem this will be disrupted by what should be priced at $15.00 a bottle. Those who love this style will also likely disregard their ideals on who owns Goose Island, which is another big win for ABI.

While ABI has cooled off on acquisitions at the moment, it is clear that they are still very much moving forward with disrupting the craft segment, they are just being a lot smarter and savvy about it this time around.