Levels of Selling Out if You Are A Craft Brewer 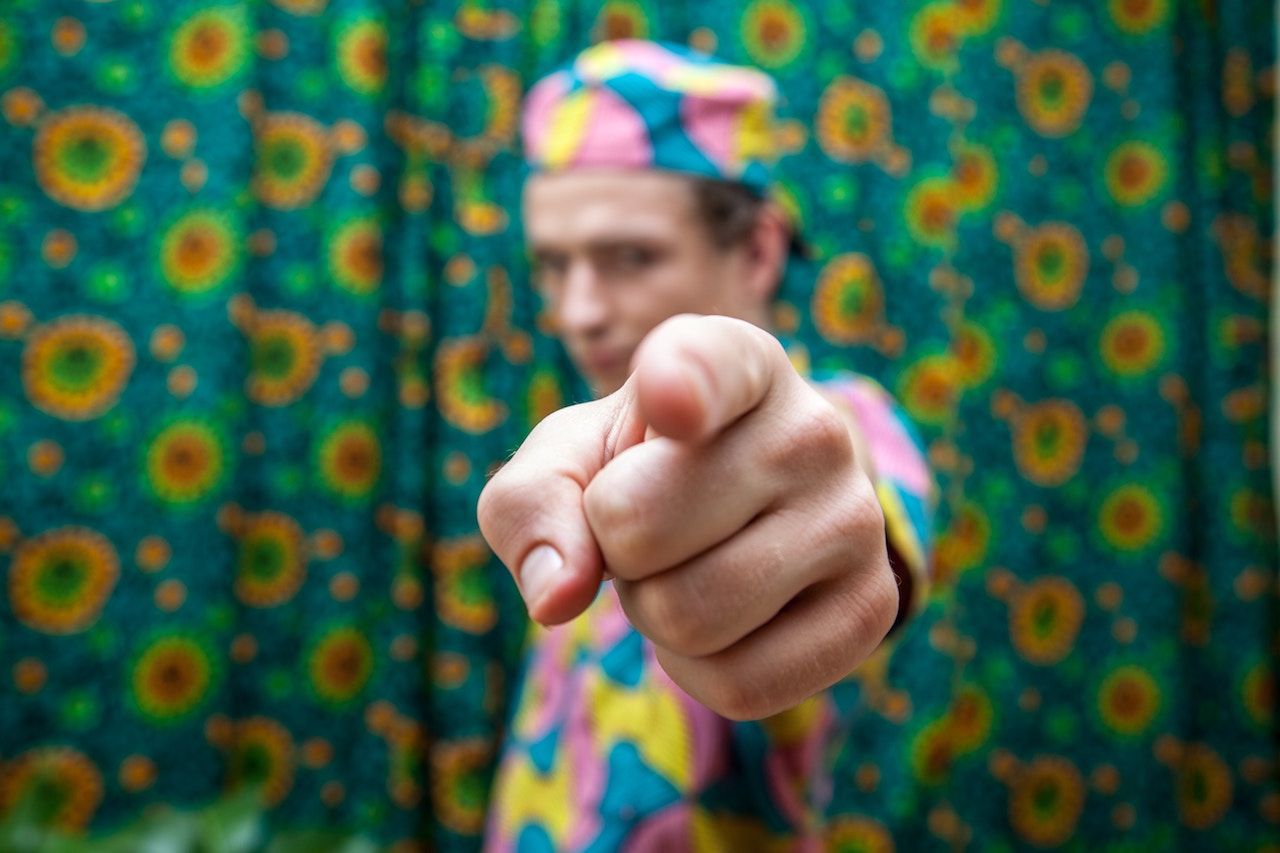 Diehard music fans are notorious for falling in love with a small local act, rooting them on as they become more popular, then denouncing them the minute they catch their big break and become mainstream and financially successful.

In the food and beverage world, most companies hope and pray for their big break, going from a great concept, to being a big hit at the farmers market, to inking a deal with a food manufacturer. If your favorite beef jerky maker in town made the big time, you’d probably be happy for them, right?

In craft beer, it’s closer to how it is with music fans, in that the moment your favorite small brewery hits it big time and sells to a large brewing corporation or spirits company, they are the devil and have “sold out to the man.”

While I’m not a fan of some of my personal favorite breweries selling out, specifically Lagunitas and Ballast Point Brewing, it’s because I fear the beer will get watered down in favor of sales and that they will be bullying the smaller guys in the market. It’s not always the case, but there are cases that can be pointed to that prove that point.

Funny enough, there is a hierarchy of selling out if you are a craft brewery, not just cut and dry selling out. It goes something like this.

Ordered from Worst to Least Worst

ABI is the largest brewer in the world. Last year, they gobbled up SAB Miller (the second most evil sellout option) to own most of the beer sold and poured in the entire world. They have a history of employing some very strong predatory practices designed to keep them not only at the top of the food chain, but also to make them the only game in town. Once the last craft beer boom started to get legs under it, ABI began to assemble their own portfolio of existing beer brands that were designed to blend in with small, local, independent breweries beers in retail. While it’s been a minute since ABI has acquired a craft brewer, the last one, Wicked Weed Brewing, was met with some serious backlash.

Rationale: “ABI is a mega corp that eats babies, ruins good beer and stomps out the little guys. Brewers who sell out to ABI are the worst sellouts of all.”

Selling out to MillerCoors

This is supposed to be an entertainment piece, not a history lesson, but essentially the number two beer giant, SAB Miller was purchased by ABI last year, but there was a catch. In order for the US government to “bless” this merger, ABI had to spin off the US MillerCoors operations and brands to keep the market “competitive.” Today, we have MillerCoors, the second largest brewery corporation from the perspective of US beer, who pedals the likes of Miller Lite, Keystone Light, Coors Light. They have their own craft beer portfolio with the likes of Blue Moon, Saint Archer Brewing, Terrapin Beer, and Hop Valley Brewing. They have not been nearly as aggressive in trying to blur the craft beer lines, but they are still a force against craft beer in the eyes of many.

Rationale: “You are nothing but a sellout if you sellout to MillerCoors, however it’s not quite as bad as selling out to ABI.”

Selling out to Heineken

Heineken is a large international beer corporation most famous for producing those skunky green bottles of lager that made you feel baller when you were a teenager. They have gobbled up other international industrial lager producers for decades as they ascend to one of the biggest, most powerful beer producers in the world. In the last few years, they have recognized that craft beer is here to stay and have taken quite an interest. They have purchased craft cult favorite Lagunitas and began making investments in other U.S. craft breweries such as Shorts Brewing and Moonlight Brewing. Just recently, Beavertown Brewery in the UK took an “investment” from Heineken, and the beer enthusiast world went nuts.

Rationale: “If you sell your brewery to Heineken, they are going to skunk your beer and things will never be the same. I mean, I’ve always loved Lagunitas one could argue with more resources, their quality went up. Still not as bad as selling out to ABI or MillerCoors but still a SELLOUT I’m not supporting”

Selling out to Constellation Brands

Until late 2015, Constellation Brands wasn’t in the craft beer drinker’s vocabulary. That all changed when Ballast Point Brewing announced they were acquired for $1B. While I can’t speak for the entire country, San Diego beer was torn on this one. Ballast Point helped put San Diego beer on the map, everyone is friends with the owners, and up to that point, their beer was some of the best in the west. Since then, they have purchased Funky Buddha Brewing in Florida and Four Corners Brewing in Texas. According to the Brewers Association, being a brewery wholly owned by Constellation gets your craft designation revoked.

Rationale: “Aw man, you sold to Constellation Brands, you my friend, are a sellout. I’ll mostly not drink another drop, but I bought my first container of malt extract at Home Brew Mart and Funky Bacon Maple Bacon Coffee Porter is life changing. It’s not like they sold out to ABI or MillerCoors.”

Selling out to Mahou San Miguel

San Miguel Beer may be on an older craft beer drinkers radar, as ticking imports was a thing long before there was 6,000+ breweries in the US. Like many other breweries and labels around the globe, San Miguel is just a middle-of-the-road industrial adjunct lager that relies on the feels of drinking something international. Fast forward to 2014, and news broke that Spanish parent company Mahou San Miguel invested 30% into Founders Brewing Co. out of Michigan. Founders was in an awkward situation where they were too big to scale back and too small to go really big. The same happened last year with Avery Brewing, as they needed significant funding to support their 20-year-old, scaled up operation. While this didn’t seem to faze craft beer drinkers, particularly Founders and Avery fans, both brands were kicked out of the Brewers Association defined craft brewery family due to the ownership structure.

Rationale: “Yeah, I know they aren’t technically craft anymore, but damn that KBS is so good, and it’s not like they are wholly owned by Heineken.”

Selling out to CanArchy

Oskar Blues Brewery was on top of not only the latest craft beer boom but also on top of canning craft beer and crowlering beer. They were at a crossroads at the beginning of this decade with regards to how to meet demand and grow to the size it would be required to meet that demand. While some breweries were entertaining offers from ABI and the like, Oskar Blues kept their craft beer card intact by being acquired by Fireman’s Capital, a private equity firm in Massachusetts. While expanding to 50 states quicker than nearly every other craft brewery in the market, Oskar Blues began strategically acquiring other popular craft breweries looking to gain traction in the U.S. craft beer marketplace. In came Perrin Brewing, Squatters/Wassatch, Cigar City Brewing, Deep Ellum, and Three Weavers Brewing to round out the national portfolio. This has been a huge success, and the holding company, Oskar Blues LLC changed their name to CanArchy.

Rationale: “Yeah, maybe Fireman’s capital will sell this off to big beer, but maybe they just keep this as a beer company, either way, they are still craft beer and I still love what they are brewing.”

Alternative Rationale: “These breweries being bought by CanArchy are completely selling out, they will be sold to big beer in no time.”

Selling out to Other Private Equity not named CanArchy

While we are still in a craft beer boom period, things started to cool off around 2015. Many breweries who projected that the sky was the limit in terms of growth and market opportunities were met with reality. Not everyone in the market was going to grow exponentially and be the hottest selling beer in all 50 states. The problem is, some breweries small to large convinced the bank they were the past few years and are now stuck with incredible debt. These breweries had to tap on the shoulders of private equity. Some sold a minority stake, some a little more than that. In either scenario, the PE firm not only wants their money back, they want to make some money. Because their breadbasket is helping to grow a company with cash, they more times than not have a say in very important business decisions, decisions that might not always align with the “Craft Beer Ethos.” Popular breweries such as Stone Brewing, The Bruery, Logsdon Farmhouse Ales, Full Sail Brewing, Southern Tier Brewing and more have investments to some degree coming from private equity firms.

Rationale: “They didn’t really sell out at all, they just took an investment from a company that wants to see them succeed. It’s unlikely brewery XYZ will be sold to big beer once the firm gets their ROI.”

Alternative Rationale: “ACTUALLY, you can’t call yourself independent if you take money from private equity!”

Selling out to Duvel Moortgat

In 2015, Belgian-based Duvel Moortgat acquired their third regional craft brewery, Firestone Walker. This happened right in the middle of ABI’s buying spree and caught many Firestone Walker fans off guard. Did Firestone Walker sell out? Is Duvel Moortgat ‘Big Beer?’ Wait, Ommegang was already owned by Duvel? Do we think they are sellouts now too? Because of the structure of Duvel Moortgat, they are viewed as a family-owned brewery that has acquired other regional breweries, and their total combined barrelage in the United States is under six Million BBLs per year, letting Ommegang, Firestone Waker and Boulevard Brewing keep the craft beer designation, defined by the Brewers Association. It’s my personal observation is that the lore behind this business transaction is the equivalent of a game of telephone gone wrong when it comes to this transaction. Sitting at any given bar in America, someone will tell you Firestone was bought out by Big Beer X, when in fact that never happened.

Rationale: “Parabola was so much better before Firestone sold out to Duvel, I remember when I was the only one in the world who knew about that beer.”

What I don’t support is companies that use predatory and illegal business practices and corporations that want to squash the little guy and take away real choice on the shelves and taps. While I’d love to tell you that anyone deemed “Independent Craft Beer” by the Brewers Association doesn’t partake in iffy practices, I can’t. Everyone has the right to yell “SELL OUT” and support who they want based on ideals, but make sure you know what it is you’re a rooting for and against.