Left Coast Brewing Co. invites the community to celebrate the four year anniversary of their tasting room on Sunday, February 19, 1- 5PM. Tickets to the anniversary party are $35 per person (advance) and $45 per person (day of).

Tickets include the following: 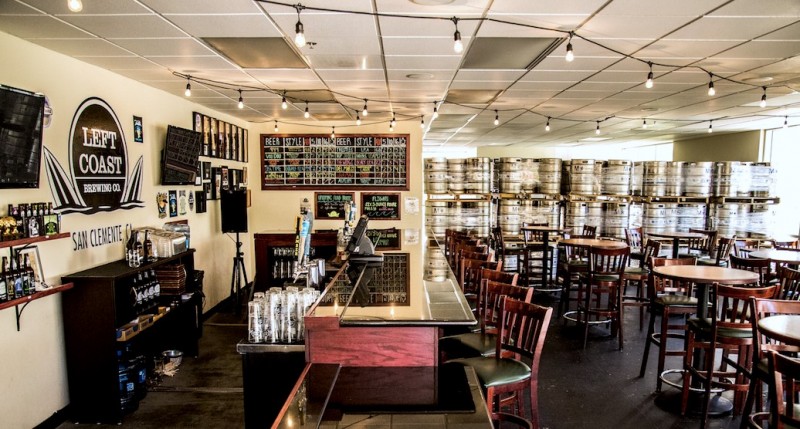 Left Coast Brewing Co. is a family-owned and operated brewery located in the iconic surfside town of San Clemente, California. The independent brewery began operations in 2004 in a 5,000 square foot warehouse with a mere 3,500 barrels. Currently, Left Coast produces 11,000 barrels with a goal of 13,000 barrels for 2017. Left Coast has thousands of accounts in 9 states and 5 countries.

In 2013, Left Coast opened the tasting room in a space adjoining the production facility that includes 15 taps for full-time, seasonal and special one-offs. The taproom regularly hosts events like the Bend & Brew Yoga Series (a favorite of the beach community’s locals) and Geeks Who Drink Trivia. A complete list of events can be found on Left Coast’s website.

Left Coast has brought home more than 25 prestigious awards such as the gold and bronze medals from the Great American Beer Festival and World Beer Cup. As one of the oldest and largest breweries in Orange County, Left Coast maintains its reputation as an industry leader and continues to increase visibility to the county’s craft beer scene.