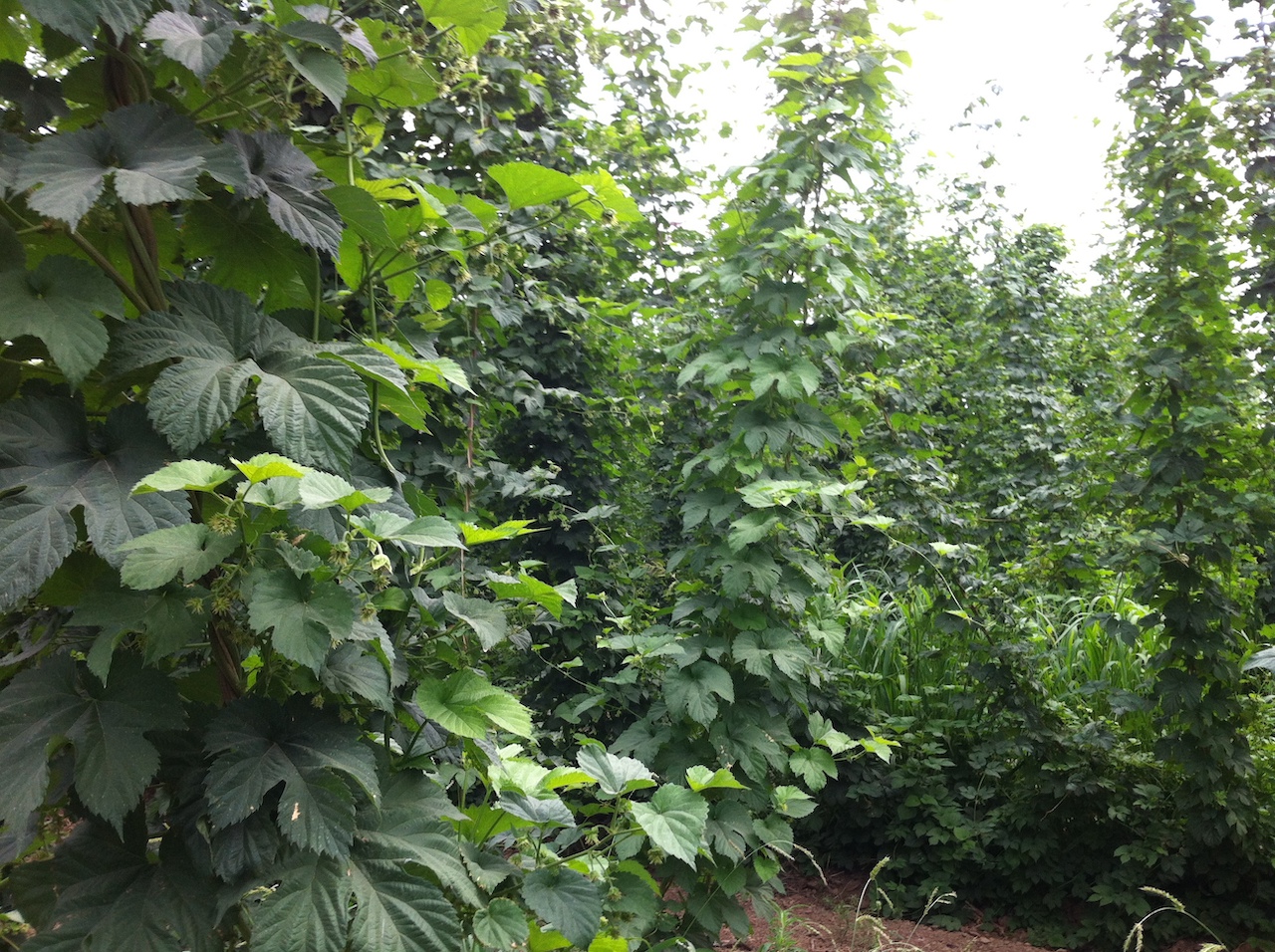 I spent a few days last week in and around Boise, ID. Some pretty cool beer-related things are happening there.

The landscape of Boise surprised me a bit, I guess expected it to be a little more wooded, but it was quite arid, high desert. It reminded me a lot of Yakima, WA with the rolling tan hills and lots of farmland. Plus it was HOT, 100°F+ each day I was there, with a surprising amount of mugginess and cloud cover to go along with the heat.

The downtown of Boise is really great. Many blocks of great stores and restaurants, with a river/greenbelt running right through the middle of town. I made stops at 3 new favorites of mine, a wonderful brewery restaurant 10 Barrel Brewery Boise, where brewer Shawn Kelso is creating some awesome beers-his India Session Ale and SAM IPA (Simcoe, Amarillo and Mosaic-3 of my favorite hop varieties) are fantastic. His Cucumber Sour is worth checking out too, and their food is also top notch. This location in Boise is owned by Ten Barrel Brewing from Bend, where Tonya Cornett brews. We just did a collaboration brew with her, and she gave me the tip to check out their Boise location.

There’s a great bottle shop/bistro called Bier:Thirty, that has a wonderful draft selection and what looked to be wonderful food (I didn’t eat, as I went there right after lunch at Ten Barrel). Owner Chris Oates is a big fan of Stone, has an amazing bottle selection and it was great to see what he is doing. And pretty soon he will be installing coolers to hold all of his bottled beers-cheers to that!

And there is a classic ale house that opened in 1996 called Bittercreek Alehouse, where Owner Dave and Beer Manager Dave have managed to put together an awesome beer list that includes 39 taps and a huge bottle list.  What was most impressive was their cellar, and the amazing bottle selections they have tucked away, all precisely temperature controlled.

So if you are a craft beer fan and find yourself in Boise, check out these spots. I recommend all of them!

There are a lot of hops being grown around Boise, it has been a major hop growing region for many generations. The acreage is more substantial than I realized, and Idaho’s hop production has the potential to compete with Oregon’s acreage soon to be the second largest acreage in the US (Yakima, WA is first). And on a real positive note, there are a ton of new fields being planted. That is great news for all of us brewers. It was fantastic to meet a couple of the farmers, and some of the other people in Idaho that are part of the hop industry.

The Decline of Bass Pale Ale My Favorite Beer Festival