(Durango, CO) – Ska Brewing is celebrating its legal drinking age with an Anniversary birthday bash on Saturday, September 10. Legendary bands Fishbone and The Toasters will be cranking up music and craft beer fans will flock to celebrate at the sold out event. 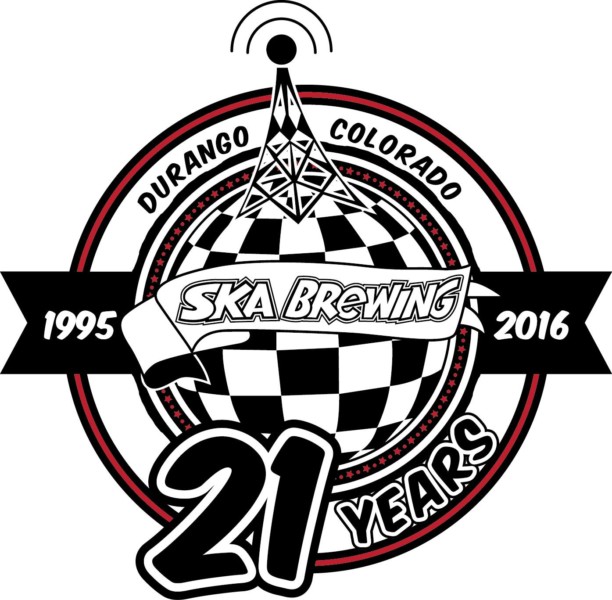 Founded in the year nineteen hundred and ninety-five, this pioneer craft brewer has created the formulas for numerous award-winning beers. The party will be the kick-off for Ska’s limited edition fall offerings, Cru d’Etat in bottles and Pink Vapor Stew, only available on tap.

A Belgian specialty ale, Cru d’Etat has a sweet, rum-like flavor and clocks in at 11.5% ABV. This tart and complex ale has aged in an old wine foeder for nearly two years, creating flavors of caramel and raisins with a hint of alcohol heat. This concoction will have you going wild in the streets. Grab one of the 500mL bottles while it lasts.

Pink Vapor Stew is a tropical medley of citrus and sour flavors blended together with earthy beets, carrots and ginger for the party at ground zero. Citra and Galaxy hops combine to turn this world into a flowing pink vapor stew.

The legend of Ska began in Colorado twenty-one years ago. Dave, Bill and Matt loved gulping down good beer. On the second Skaturday of Skatember, after drinking enough and listening to The Toasters, it hit them. If they brewed their own beer they’d have all the beer they could ever want.

Turns out, their aspirational business plan they drew on a bar napkin that day as the solution to their beer drinking quandary would come true. The now veteran craft brewer, and second craft brewery to package its beer in cans, is respected as a pioneer in the craft beer movement.

Ska is located at 225 Girard Street in Durango. Doors open at 4:00 p.m. on September 10 for ticketholders.

About Ska Brewing
Based in Durango, Colorado, Ska Brewing was founded in 1995 and produces over a dozen award-winning beers. Pioneers in the canned craft beer movement Ska Brewing is known for an array of styles in 12-ounce cans including Modus Hoperandi, Mexican Logger, Euphoria and Pinstripe. For information (a lot of it), music, and a good time, visit skabrewing.com. Plug in to the latest updates, beer releases and shenanigans at facebook.com/skabrew and twitter.com/skabrewing.