(Denver, CO) – River North Brewery has been filling and stacking barrels all year, getting ready for a latter half of 2015 rife with special releases. But first, the brewery is bringing back its original barrel-aged brew, Whiskey Barrel J. Marie! 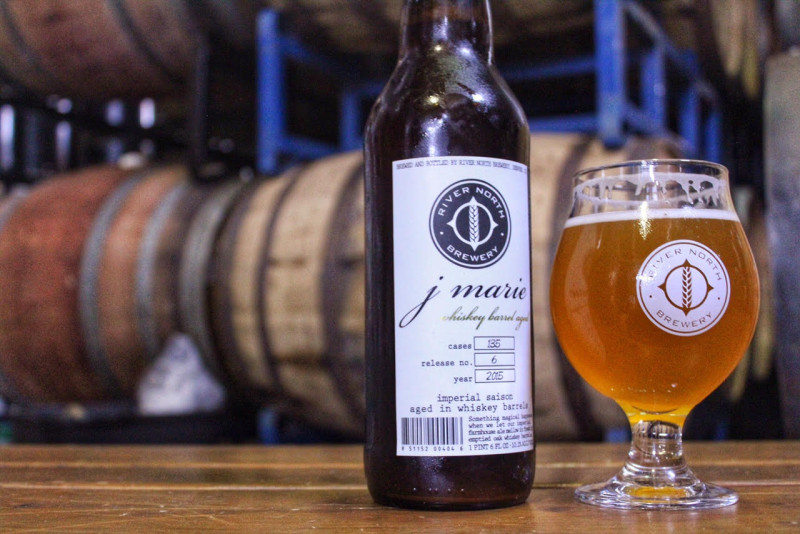 Returning Saturday, July 11th at 1pm, Whiskey Barrel J. Marie melds the delicate malts of an imperial saison with notes of coconut and vanilla from its rest in whiskey barrels.

“This is the beer that ignited my passion for barrel-aging,” River North Founder and Head Brewer Matt Hess said. “When we first brewed it in 2012, I was blown away with how barrels can elevate the complexity of a beer like J. Marie. It’s not your typical barrel-aged beer, but that’s what we love about it.”

River North will have Whiskey Barrel J. Marie on tap and in bombers to go at the release party. Bottles will cost $15 each with a half-case limit. Stores in Colorado, Kansas and Missouri will receive bottles in the weeks following the release. At 10.2% ABV, the brewery recommends you store a couple extra bottles for cellaring up to two years.

This beer is the first in a series of limited barrel-aged releases from River North. Look for more announcements about recipes both classic and new, including a Quadrupel aged in Chardonnay barrels, an Imperial Wit aged in Boulevardier cocktail barrels, and an Imperial Stout aged in Manhattan cocktail barrels. Matt and Jessica Hess opened the award-winning River North Brewery in February 2012. Located in the heart of the RiNo district, Denver’s premier craft brewing neighborhood, River North focuses on Belgian-style and barrel-aged beers. The brewery was recently named 2015 Brewery of the Year in the Best of Craft Beer Awards.