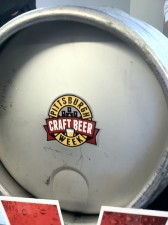 (PITTSBURGH, PA) – On Saturday, April 20, The Release the Firkins – Real Ale Fest brought together over 625 craft beer enthusiasts from throughout the greater Pittsburgh region.  Over an hour before the start of the event, a large line of beer-thirsty patrons wrapped around the newly constructed Highmark Stadium in Station Square on a beautiful afternoon.  Due to the great turnout for this unique festival, Mindy Heisler, one of the chief organizers for Release the Firkins, expects the Real Ale Fest to expand to 2 separate gatherings for next year’s Pittsburgh Craft Beer Week.

The event featured 40 cask-conditioned beers from local and national breweries (full list below).  Some of the most sought-after beers of the afternoon included Gratitude 2013 by East End Brewing Company, Pittsburgh Left Rye Ale by Southern Tier Brewing (brewed specifically for PCBW), and Dragon’s Milk by New Holland Brewing Company.  In addition to the real ales, attendees were also treated to local food, a commemorative logo taster glass, music, and an incredible view of downtown Pittsburgh. 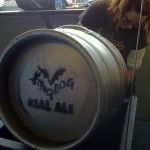 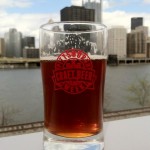 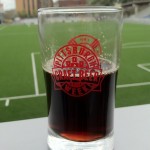 When asked about the appeal of a cask-conditioned beer, attendees of the fest continually repeated words like “real,” “unique,” “historic,” “original,” “unfiltered,” and “flavor-forward.”  Church Brew Works’ Ethan Buckman, who was pouring a Brett Ambrosia at the event, said, “real ales give the brewer an opportunity to be creative with beer and offer the drinker a completely different tasting experience.”  This message was shown to be true as many of the beers being served at the event had added flavors and aromas when comparing to their non-cask counterparts. 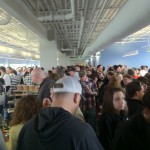 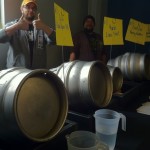 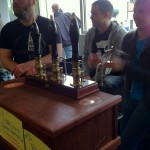 Hopefully, the great success of this event will make waves for future PCBW festivals.  If Release the Firkins is any indication of the direction the craft beer scene in Pittsburgh is headed, the future looks promising!

The Beer List for 2013 Release the Firkins-Real Ale Fest: