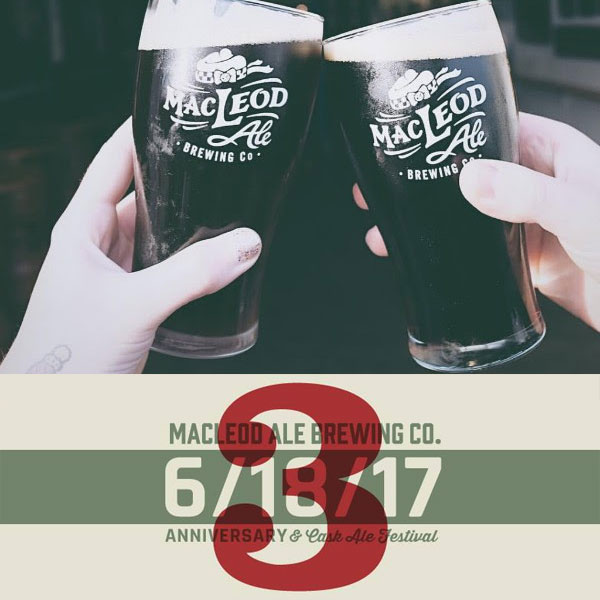 In addition to offering twelve Cask Marque accredited pours from MACLEOD ALE’s menu, the festival will feature over 20 cask brews from some of Southern California’s most acclaimed breweries and a special limited-edition series of staff-brewed beers!

Aside from the tastings, festival attendees will be able to view panel discussions from some of the craft brewing industry’s top executives and tastemakers. A list of confirmed panel guests and discussion topics will be announced on the festival’s event page HERE. Traditional British pub food will be served throughout the day from local Bullseye Pub Fare and live music, darts & board games will commence throughout the day.

TICKETS ARE ON SALE NOW AT macleodale.ticketbud.com/3rdanniversary.

Ticket options range from FREE to $50, proceeds of which will be donated to benefit the Pasadena Scottish Pipes and Drums Corp. Please note under California State Law you must be 21 years of age or older to purchase and/or consume beer.