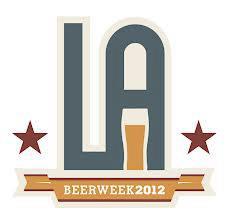 The 4th Annual L.A Beer Week culminated on Sunday with a sold out finale at the historic Union Station in Downtown Los Angeles. The event featured over 50 breweries from as far away as Belgium, but it was brewers from southern California’s craft beer scene that anchored the event which catered to approximately 1,200 craft beer enthusiasts.

Local food trucks and tastings of home-brewed sodas and locally made chocolates were available to soak up unlimited tastes of some of the industry’s best brews, while informative break-out sessions including an exclusive panel on how to get a job in the beer industry featured craft beer heavy-hitters Dr. Bill Sysak (Stone Brewing), Matt Salie (Big Sky Brewing), Jack White (Ballast Point), and Matt Brynildson (Firestone Walker).

Once again, festival organizers handled the large crowd well with multiple beer stations, reasonable lines, and an improvement in the check-in process. While special beer tappings throughout the day were definite highlights (including appearances from Hangar 24’s Pugachev’s Cobra, Bootlegger’s Knuckle Sandwich, and the Beachwood BBQ & Brewing collaboration System of a Stout to name a few), beers that were made with this year’s special ingredient prickly pear was front and center for the show. In particular, Eagle Rock Brewery’s Unity, which has been the official beer of L.A Beer Week came in as a crowd favorite; a refreshing Prickly Pear Berliner Rye that was perfect for Sunday’s particularly warm fall weather.

Check out the photos below, and see you next year!