Get Hopped Up: Celebrate National IPA Day At Iron Hill 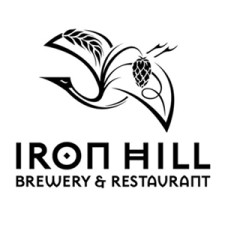 Wilmington, DE – On National IPA Day, Saturday, August 9, all 10 Iron Hill Brewery & Restaurant locations invite guests to sample creative and delicious IPAs from each of their head brewers, with all 10 beers available at every location throughout the day.  IPAs will be offered individually on a pay-as-you-go basis or as a delicious sampler for $15, including 4 oz. pours of each of the 10 IPAs, one from each Iron Hill location.

“One of the most exciting things about working at Iron Hill is seeing the inventive work of our talented head brewers as they experiment with different styles of beer,” says Director of Brewing Operations Mark Edelson.  “For National IPA Day, we’re proud to feature a special IPA from each of them, side by side, for all of our guests to enjoy.”

Founded by home brewers Kevin Finn and Mark Edelson and restaurateur Kevin Davies in Newark, DE in 1996, Iron Hill Brewery & Restaurant has blossomed from one restaurant and brewery to 10 locations across the mid-Atlantic, with an 11th location, in Ardmore, PA scheduled to open in the coming year.  Each restaurant is dedicated to producing and serving top-quality hand-crafted beers and cuisine in a warm and hospitable setting, and all are open seven days a week for lunch and dinner.

Guests are encouraged to participate in the National IPA Day festivities online, with the hashtags #NationalIPADay and #IHIPADAY.  For more information about Iron Hill Brewery & Restaurant, or to make a reservation at any of their locations, please visit www.ironhillbrewery.com, follow them on Twitter (@ironhillbrewery) and like them on Facebook.