(Denver,CO) – Danny from The Full Pint recaps the first night of the Great American Beer Festival, the largest beer festival in the country.

As the old cliché goes, this is not my first rodeo. This is The Full Pint’s fifth year, and my fourth trip.  Typically the first night has its own vibe and is less chaotic compared to Friday night. 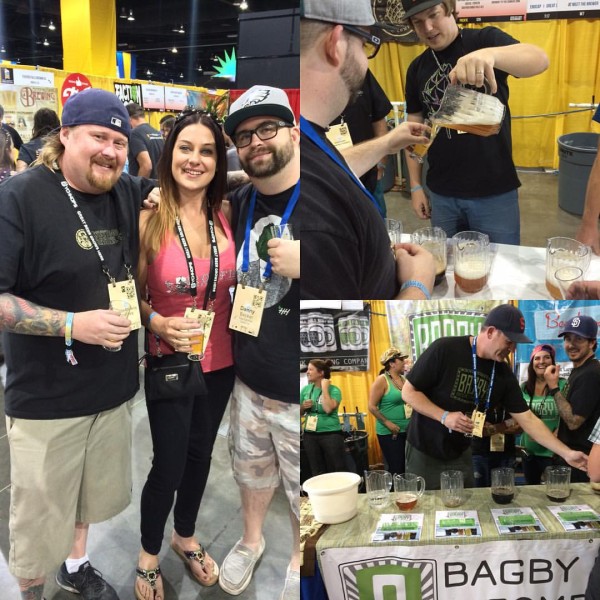 The first thing of note is how much more room there is in the convention center.  Even during peak capacity, there was considerably more room to walk around without constantly bumping into people and inadvertently spilling beer. This coupled with better restroom logistics made for a greatly improved layout.  There seemed to be plenty of food options and those lines were moving quick enough.

While the end cap displays have always been eye-catching, I noticed more booths taking the initiative to decorate and set themselves a apart from all the other yellow signs.  It really can be difficult to pick a random brewery I’ve never heard of when they are one of many in a sea of generic looking signs with a fairly plain font.

As a group, we walked through the Pacific sections to say hi to all of our buddies we love and don’t get to say hi to enough. As predicted, AleSmith, Bagby, Beachwood, Cellarmaker, Faction, Ironfire and Noble Ale Works were standouts in that region. Then we zigged and zagged from The Rockies and The Great Lakes region. We ended at Listermann/Triple Digit and had what was possibly the best peanut butter beer I’ve ever tried.

The longest lines were The Lost Abbey, Russian River, Cigar City and Noble Ale Works.  This was the chill session so I can only imagine this will multiply Friday Night and Saturday morning.

Because we are smarter than the average bear, we left 35 minutes before the session ended so we could eat dinner before the masses filled up all the local eateries. To conserve energy, we called it a night like so we’d be ready for Friday.  Stay tuned here and on social media for up to the minute fun from your friends here at The Full Pint.