(San Francisco,CA) – We are a few days away from the grandaddy of them all, the 2015 Great American Beer Festival. This is where hundreds of American based craft breweries gather to show the biggest beer enthusiasts what makes them special.  Our boys over at Cellarmaker Brewing will be on hand, and they are going to let you know why the have bothered with this ordeal and what makes them standout from the pack. Cheers! 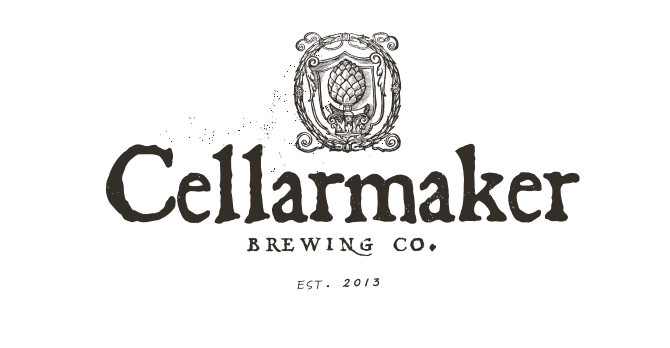 TFP: Why did you choose to attend the Great American Beer Festival?
CMB: GABF is a no brainer for us.  It’s the ultimate celebration of craft beer in the United States.  So many awesome breweries in attendance and the opportunity to share our beers with people who may not otherwise get the chance to try them.

TFP: Why should GABF attendees visit your booth (please indicate your booth location, introduce your line of beers and what make them unique)?

CMB: Attendees should visit our booth because they want to try our beer…that’s really what this is all about right?
Booth S26.
We will be pouring:
1) “Imperial Coffee and Cigarettes” Coffee Beer – The imperial version of our lightly smoked Coffee Porter using Sightglass Coffee roasted right around the corner from our brewery in San Francisco.  Rich and chewy with a massive coffee flavor and aroma.  10.3% and 45 IBUs.
2) “Southern Dobis” Pale Ale – South African Southern Passion hops and American Citra hops come together to create a unique hop character with notes of Pineapple, Coconut, Passionfruit and more.  Worth checking out because you probably didn’t know that hops were grown in South Africa.  5.7% and 34 IBUs.
3) “Highway to the Danker Zone” Double IPA – Packed with a silly amount of Nelson Sauvin hops alongside smaller amounts of Citra and Simcoe this is one juicy DIPA.  8.4% and 87 IBUs.
4) “Mo’ Citra” IPA – Our Mosaic and Citra IPA.  Truly west coast with massive tropical fruit aromatics and flavors, bone dry, and dry hopped excessively.  6.6% and 55 IBUs.
5) “Batch 1” Porter – A traditional, low ABV yet highly flavorful brown Porter.  This was the first beer ever brewed and we’ve continued to make it from time to time.  We love this one because you can drink it all day long.  4.9% and 32 IBUs.
TFP: Do you think this (the GABF) is the best way for small to medium sized craft breweries to shine and if not, what could be changed to make this more efficient.
CMB: We don’t buy into the fancy corner tents or anything like that but hope that attendees will come to our booth to try the beer as that is what this is all about.  We’ve always had a minimal setup at beerfests and put all of our time, energy and financial resources into making the beer better rather than having a whacky inflatable flailing inflatable arm tube man chugging a beer.  Maybe one of these days we’ll get one!

TFP: Why did you choose to enter your beers into the GABF Medal competition?
CMB: There is an element of strategy where we try to pick the beers of ours that have the best chance in competition without compromising our ideals and making a beer that is specifically designed to be made for a certain GABF category.  We enter the beers that we feel best fit a category’s requirements.  Many of our beers are not made to style.
TFP: What are your expectations for your brewery in the GABF medal competition?
CMB: We are happy to spend 4 days in beautiful Colorado and see friends that we don’t always get to see from all over the country.  We go in with zero expectations and anything we take home is a bonus.
TFP: Even though you’ve entered the GABF Medal competition, what do you think could be done to make the competition more fair, and accurately portray the best beers in the industry?
CMB: We would love to see ABV guidelines get further enforced.  It seems to be something that gets ignored and is on an honor system, those don’t always work so well.
TFP: Besides the festival floor, where can fans meet up with you in the Denver area during GABF week?
CMB: Falling Rock, Freshcraft and wherever else the great beer is flowing.  We hope to make it up to Avery and Mountain Sun in Boulder as well.  The beers at both of these spots are fantastic and were a large part of the inspiration to open our brewery.