(OAKLAND PARK, FL) – Funky Buddha is turning two! South Florida’s homegrown craft brewery will celebrate the big occasion the best way it knows how: with a massive street fest on Saturday, May 30th from noon to 10pm with thousands of its closest friends, live music, nearly a dozen of the best food trucks in South Florida, and almost 70 beers on tap throughout the day including a bevy of limited release beers and rare brews from local and national craft breweries. 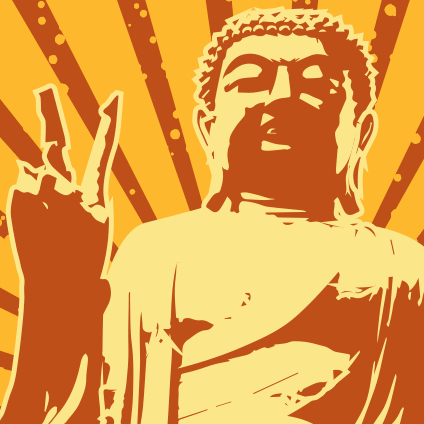 The festival will be a fitting cap to an unbelievable year, which saw the brewery grow from 28 to 59 employees and increase its production to over 21,000 BBLs annually. The brewery began distributing bottles of its Floridian Hefeweizen and Hop Gun IPA in December (and shortly thereafter snagged a Gold Medal at the Best Florida Beer Championships for Floridian) — its beer is now distributed to 2000 retail customers from Key West to the greater Tampa and Orlando areas. In January, Funky Buddha held its annual Maple Bacon Coffee Porter Festival, which drew 6900 attendees looking to party and snag a few bottles of the rare brew in the process. All this took place while in the midst of expanding from 19,000 sq/ft to over 54,000 sq/ft, a project which included a full production bottling line, a new administration wing, dry storage, and two 7,000 sq/ft areas for future growth.

“In a word, this past year at Funky Buddha has been a whirlwind,” says brewery co-owner and general manager KC Sentz. “If you told me before we opened that we’d have grown this fast in two years I wouldn’t have believed it, but the demand for our beer has been extremely high and we’re striving to meet it.”

With that much to celebrate, Funky Buddha plans to do so in style. Like previous festivals held at the brewery, the event will shut down NE 38th Street between Dixie Highway and NE 13th Avenue for a day long block party. But this year the fest will expand to include additional space between NE 38th and 37th streets, with the goal of creating a chiller atmosphere with easier access to beers and food. Comers will listen to live music throughout the day courtesy of Brotherly Love Productions and enjoy food trucks staples serving specialized menus just for the fest. Funky Buddha always breaks out its best and rarest beers for its major events, and this one will be no different with special tappings of brews such as Nano-Nano, the brewery’s collaborative beer with Dogfish Head Brewery to be released later this year, and Love Below, an Imperial Stout aged in red wine barrels and finished with cocoa nibs and Michigan cherries.

“We’ve set the bar high for previous events, and we feel like this Anniversary Festival will be our best event yet,” says Ryan Sentz, co-owner and head brewer at Funky Buddha. “With more space, more food, more parking, killer beers, and great music this should be an epic event for the whole beer community.”

Year three looks even brighter for Funky Buddha: the brewery plans to release a major announcement regarding the Oakland Park facility on May 26th.