(DENVER, CO) – The list of beers that will be poured by 50 of America’s top craft brewers at the Denver Rare Beer Tasting VII has been released by Pints for Prostates. 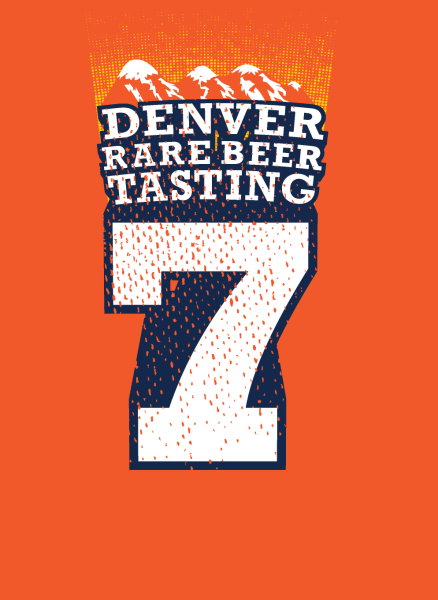 The prostate cancer awareness event will be held on Sept. 25 in Colorado during the same weekend as the Great American Beer Festival. VIP tickets for the event sold out in less than three hours, but a very limited supply of general admission tickets are still available for the tasting.  The Denver Rare Beer Tasting VII features rare, exotic and vintage beers and the opportunity to meet the men and women who made them.

“The beer list for the Denver Rare Beer Tasting VII is a once in a lifetime collection of craft beer indulgence,” said Rick Lyke, founder of Pints for Prostates. “This event gives us a platform to reach men through the universal language of beer and we appreciate the support of the craft beer community.”

Beers that are expected to be poured at the event include:

In addition to the beer and silent auction donations made by participating breweries, the Denver Rare Beer Tasting VII is being sponsored in part by DRAFT Magazine and Zenan USA.  Additional sponsorship packages are still available for companies that wish to take part in this boutique tasting.

Each attendee receives a commemorative tasting glass, t-shirt, program and pen. A buffet lunch is included in the ticket price and guests will have the chance to bid in an exciting silent auction that includes a variety of unique beer experiences and collectibles. The first six Denver Rare Beer Tastings sold out several weeks in advance. The event will be held this year on two floors of the McNichols Civic Center Building at 144 W. Colfax Ave.

All Denver Rare Beer Tasting ticket holders will be entered into a drawing for a 9-night BeerTrips.com organized tour for two from Sept. 21 to Oct. 1, 2016, to Prague, Bamberg and Munich for Oktoberfest. VIP ticket holders will receive three raffle tickets and general admission ticket holders will receive one ticket. Anyone wearing a Pints for Prostates t-shirt or hat to the event will receive another free entry for the drawing. Additional tickets will be available for a donation. The winner will be drawn during the event from tickets collected exclusively at the Denver Rare Beer Tasting. The winner and a guest will travel to Europe on a trip that includes roundtrip airfare from the continental U.S., 9 nights hotel, ground transportation, brewery tours, pub crawls, guided city tours, 9 breakfasts, 4 beer lunches and 4 beer dinners. Complete details on this year’s destination will be announced shortly.

“The Denver Rare Beer Tasting is a fun afternoon and a great atmosphere, with a serious mission: raising awareness about prostate cancer,” said Lyke.  “The craft beer community has embraced this event and made it a tradition. We are proud that brewers and beer fans alike have joined the fight against prostate cancer.”

Pints for Prostates reaches men through the universal language of beer to encourage them to take charge of their health. The group was founded by prostate cancer survivor and beer writer Rick Lyke in 2008. The grassroots effort raises awareness among men about the importance of regular men’s health screenings by making appearances at beer festivals, social networking and pro bono advertising. According to the National Cancer Institute, approximately 233,000 new prostate cancer cases are diagnosed annually in the U.S. More information is available at www.pintsforprostates.org. Pints for Prostates also has a presence on Facebook, Twitter and Instagram (@pints4prostates).

Victory for the Headwaters – Celebration & Fundraiser September 12, 2015 Two Roads Ok2berfest Will Be Their Biggest Yet