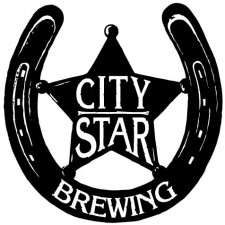 Berthoud, CO – City Star Brewing is closing in on its 1 year anniversary! We’ll be celebrating Saturday, May 4th from 12pm to 12am, kicking off the celebration at noon with the tapping of Big City Blonde, Big Choice and City Star Collaboration, a summer rye blonde ale brewed with alligator pepper and lemon zest.

Both Colorado breweries opened on May 4th of last year, so for our upcoming birthdays brewers Ryan and Zach formulated a special recipe to be released in both taprooms on May 4th. Be sure to try both offerings as they will be similar to each other but also as distinct as each brewery. Anniversary festivities will also include the release of the “City Star Deputies” mug club, brewery tours at 2, 4 and 6pm, “Challenge of Nonsense” hosted by Ian Phillips at 7pm, and live music with the Carbone Family Band 8:30-11:30pm. View event updates on Facebook and Twitter.

Come by for the next City Star taproom potluck this Tuesday, April 30th 6pm (‘Mexican’ theme) and stay for Euchre at 6:30pm. Cook with City Star beer and receive a FREE beer!