Celebrating Five Years… Olde Main Looks Back and Ahead 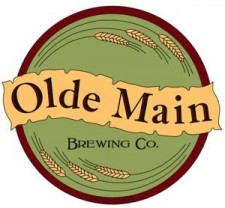 Ames, Iowa – A handshake over a beer paired with a good opportunity and a willingness to take a risk led to the opening of Olde Main Brewing Co. & Restaurant. And now five years later, the beer keeps on flowing at the Ames microbrewery. To celebrate Olde Main will host a party on Thursday, October 8 from 5pm-8pm.

Since the doors opened on October 4, 2004, the upswing hasn’t slowed down. Beer production has doubled every year, sponsorships with notable Central Iowa events like 80/35 and the Principal Charity Classic have garnered significant attention, Wednesday’s dollar pint nights continue to pack the restaurant, catering business has been booming, and the popular lunch and dinner specials bring in locals and tourists everyday.

In 2003, Ames bar owner Scott Griffen and Iowa State biology graduate Jeff “Puff” Irvin had many discussions about opening a brewpub in Ames. Craft beer sales were on the rise and there wasn’t a brewery in Ames. But, being first on the scene is always a risk. So after many discussions, the dream came into focus when Griffen and Irvin made an agreement over beers and a handshake. Irvin headed to the master brewer’s program at the University of California at Davis and Griffen built a brewpub in an old bicycle shop on Main Street in downtown Ames.

Just over a year ago, Olde Main has taken the upswing even further by becoming the only brewery in Central Iowa to bottle their beers. Now, Olde Main distributes four brands in bottles and 13 brands in draft to more than half the state and is available in 350 plus locations.

Looking ahead, Olde Main doesn’t plan on slowing down anytime soon. Nearly at production capacity, Griffen is currently making plans to build an offsite brewing facility to keep up with demand. With craft beer sales on the rise, regional breweries like Boulevard and Goose Island have become tourist destinations. With the success Olde Main has experienced in just five years the goal to become a regional brewery is in closer grasps.