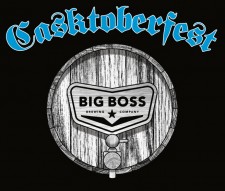 Casktoberfest is the Big Boss way of honoring two significant brewing cultures in one event: National Cask Ale Week in the United Kingdom and Oktoberfest in Munich.

With Casktoberfest you’ll experience a uniquely American approach to these world traditions as we offer a variety of cask conditioned brews in a festive, beer-hall atmosphere with the best German style food some of the area’s best food trucks can produce. For this year’s edition of Casktoberfest we’ve asked our local food trucks to prepare a special menu to match the beer-hall theme.

For the 2012 edition of Casktoberfest Big Boss has assembled the company’s largest selection of firkins ever assembled in one place.

Featured beers being served that night include:

Big Boss was formed as collaboration between Geoff Lamb, a UNC graduate, who returned to North Carolina in 2006 to join forces with Brewmaster, Brad Wynn. Big Boss produces a lineup of year round beers like Bad Penny Brown ale, High Roller India Pale Ale and the ever popular seasonal Harvest Time Pumpkin ale.

About The Friends Of The Mountains To Sea Trail
FMST is the growing group of citizens and volunteers who support North Carolina’s longest marked footpath. The trail passes through 37 counties and is nearly 1,000 mile long. Volunteers work all over North Carolina, building and maintaining the trail, encouraging communities to create new sections of trail, and helping people hike it.