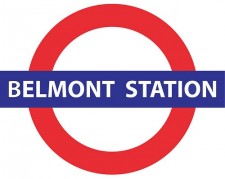 Now in its seventh year, Puckerfest has established itself as one of the most popular events during Oregon Craft Beer Month. This year, Puckerfest kicks off on Friday, July 12 at noon, and rolls through as many sour and funky beers as possible over the course of the week through July 18.

Adventurous beer lovers can look forward to a rotating cast of up to 20 wild and funky beers on tap daily, along with “Meet the Brewer” nights where brewery friends from around the region join fans and followers in Belmont Station’s Biercafé to share their stories and some extra special beers.

The Biercafé will be open from noon to 11 p.m. every day during the festival in order to accommodate more visitors.  Please note that The Italian Market, the awesome new food cart adjacent to Belmont Station, is open Noon to 9 p.m. daily. In order to facilitate more efficient service for all our guests, the Biercafé will be CASH ONLY for the duration of Puckerfest. There is an ATM on site, and bottles to go may be purchased with credit or debit cards in the bottle shop side.

Stay connected and get the latest info on beer tappings, special events, and more by following Belmont Station on Twitter. You can also keep up with the latest Puckerfest tappings at puckerfest.com

Since its founding in 1997, Belmont Station has become Portland’s premier beer destination. The bottle shop features 1,200+ beers that have been thoughtfully selected, meticulously rotated, and properly stored under UV-filtered light to maintain the freshest selection of beer in the region. The adjacent Biercafé features 20+ rotating taps and a cask “beer engine” pouring world-class brew on the cleanest draft system in Portland. Join us, and find out why we’re the most award-winning beer spot in the northwest! And note that the new patio and Biergarten has doubled Belmont Station’s seating capacity, so there’s room for even more beer-loving folks!