(Seattle, WA) – Elliott Bay Brewing Company is raiding the cellar and we’re inviting our friends. Join us for the 4th Annual Elliott Bay Barrel Aged Invitational, an event featuring barrel aged beers and ciders and bites from the Lake City Way Public House and Brother Barrel. Our guests will get to taste 15 brews from our head brewers cellar and from 11 other breweries. 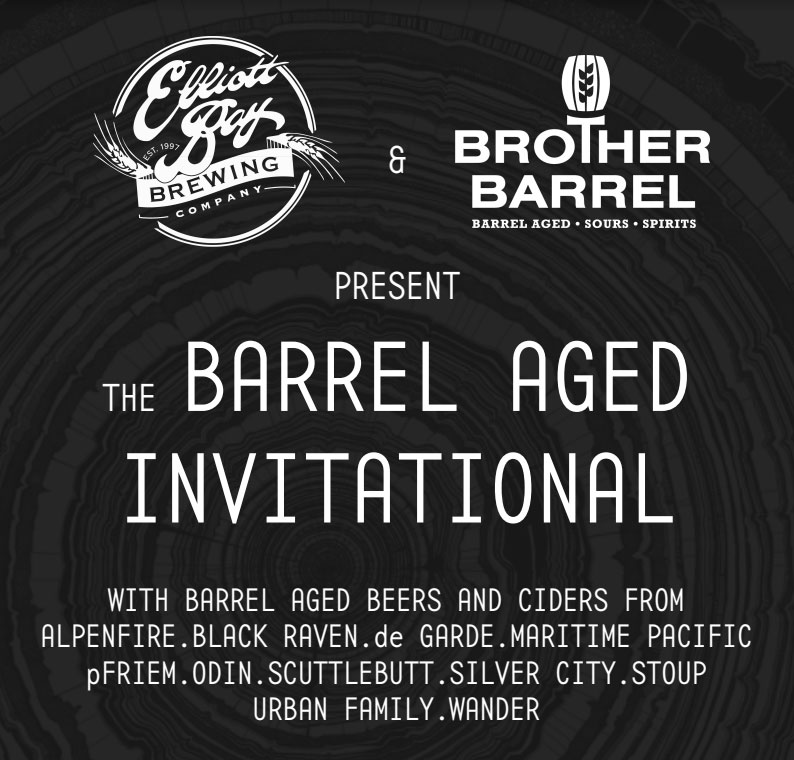 Each of the Elliott Bay brewers invited two of their favorite, local breweries to pour a barrel-aged creation at a ticketed, tasting event in the Cascade Hall at Elliott Bay Public House in Lake City. Alongside these rare and tasty selections, Elliott Bay will pour four of their own barrel-aged beers. Guests will check-in, get their first pour and a bite from the crew at our new barrel-aged focused bar, Brother Barrel, before continuing on to Cascade Hall. There, the beers and ciders will be separated into pouring stations, each with a delicious paired bite prepared by the talented Elliott Bay kitchen.

The event takes place on Saturday, October 28th from 1-5pm in the Cascade Hall at Elliott Bay Public House in Lake City. Tickets are $55 and include 15 four-ounce tastes, paired bites, nosh-ables, and event branded glassware, worthy of the beers we will be pouring in them. The Elliott Bay brewers and representatives from the guest breweries will be on hand to chat about barrel-aging beer and cider.