Here is part two of Alex Davis’ look back at the decade of craft beer. This is a great trip down memory lane for those who have been on this journey as well as an eye opener for those new to this very volatile industry. Enjoy! 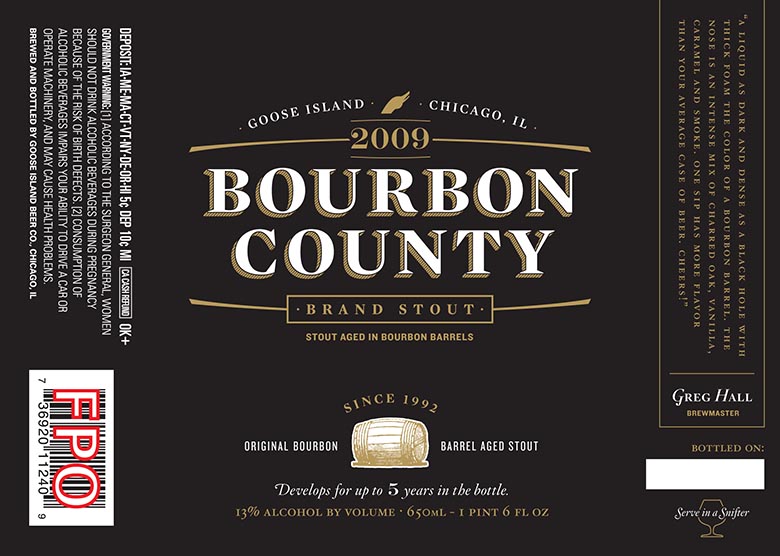 A beer festival used to be a glorious thing. You had unfettered access to a room full of beer that you’d otherwise never see collected in a single place. There weren’t a ton of festivals, but most were entirely worthwhile. Stone’s Anniversary was always on the docket. GABF was indeed “Great.” The festivals put on by local brewer’s guilds were generally top notch. Boonville, Bluesapalooza, etc, etc. There was (and still is) a short list of events that any serious beer drinker would point to as the ones they would target on an annual basis.

Sadly, the beer festival circuit has been both flooded and diluted. Many of the events put on these days are mere cash grabs by third parties, looking to get a bunch of people drunk with unlimited beer and feed them via ill-equipped food trucks. Most of the time, participating breweries don’t bother bringing any special or limited product because they know that the attendees are mostly just there to imbibe without discrimination, ensuring they get their money’s worth in alcohol.

In sharp contrast, the festivals put on by breweries, brewer’s guilds and others with a vested interest in the industry have generally grown and improved. Firestone Walker Invitational has become one of the best beer festivals in the country. They limit attendance, require that breweries bring specialty product and make sure there is ample food for attendees. Stone Anniversary (while still held on the surface of the sun) is another annual standout along with many of the other longstanding industry stalwarts.

Most festivals of any kind don’t provide enough juice to be worth the squeeze. Too much time is spent in too many lines for too little return. The next decade should bring greater selectivity in festival-going. Enough of those who attend such events ought to realize the difference between those who are merely trying to make a buck and those who are trying to deliver an enjoyable and unique experience to their patrons. The more festivals there are, and the more one attends, the easier it becomes to tell the difference.

Ten years ago, it was relatively easy to tell the good guys from the bad guys. You could stay away from Bud, Miller, Coors and their faux-craft offshoots (Shock Top, Blue Moon, etc) without having to do a ton of extra research into ownership. Back then, of course, craft beer owned a smaller piece of the overall beer consumption pie. In 2010, craft beer was under 6% of the overall beer market by volume. Today that figure is over 12%. The problem for big beer: overall beer consumption is flat or declining. In other words, big beer now owns a smaller piece of a shrinking pie.

Can you hear the sound of big beer shaking in its collective boots? Searching for a solution to their problem, big beer has turned to financial bullying and subterfuge in order to force its will on the drinking public. Rather than making superior product, big beer has chosen to purchase legitimacy and market share. Take a look at the taps available at most upscale American corporate chain restaurants and you’ll see a symptom of the disease with which big beer has infected the market. You’ll see beer from Elysian, Goose Island, 10 Barrel, Hoegaarden, Leffe, Breckenridge and the like. What you don’t see is the common thread that these beers share. They are all owned by A-B InBev. In other words, when you purchase one of these beers, you only have the illusion of choice. You are effectively helping a company that seeks to defeat competitors not by offering superior product, but by illegally buying kegs for accounts, and by putting the same product in multiple different packages to crowd competitors’ products off of supermarket shelves.

Big beer is banking on the relative ignorance of the drinking public to buy back its lost market share. They’re hoping that the average drinker sees what appear to be craft beers on draft, and purchases those beers without a second thought. I’m not casting any aspersions on the quality of these beers. For all I know, A-B InBev has maintained or improved the quality standards established by these once-revered brands. You’ll have to tell me though, because I haven’t consumed any of these beers since their producers ceased to be independent.

When A-B InBev or some other large conglomerate purchases a craft brewery, it is relatively easy for those in the know to draw a line in sand if they so choose. It can be more difficult to navigate the consolidation waters when private equity takes an interest or one craft brewery purchases another. Over the past decade we have seen Duvel buy, or take a stake in Ommegang, Boulevard and Firestone Walker. We have seen Green Flash assume control of Alpine. We have also seen private equity take stakes in major craft beer players such Dogfish Head, Oskar Blues and Cigar City.

From where I sit, the public must watch how breweries operate in the market in order to make drinking decisions that don’t threaten the ability to access quality product. So long as breweries, 100% independent or otherwise, continue to trade on the value inherent in the quality of their products, then they’re fine by me. As soon as they start engaging in pay-to-play tactics, unsustainably manipulating price or forcing multiple unnecessary packaging formats onto shelves, I may have to reconsider my endorsement and spend my drinking dollars elsewhere.

The growth and maturation of craft beer in the past decade has pushed the industry in several unpredictable directions. There is more pressure than ever for breweries to innovate, not just in order to make new, exciting products, but also in order to ensure product quality and sustainable business practices. Many breweries have carved narrower, deeper niches, while others have chosen to compete on a larger scale. Many old favorites have been purchased by big beer, but wonderful, local small breweries have popped up to replace them. Drinkers are enjoying the largest and most diverse selection of beer in history, but are pressed ever more frequently to research their choices in order to identify beers of both quality and integrity. One can only hope that the next decade in craft beer brings even greater dedication to making such beers.

A Glimpse at Elysian Two Years Beyond the ABI Buyout Five Must Visit Beer Destinations in Richmond, VA