Our writer Alex P. Davis of West Los Angeles shares a two part series, where he looks back on the last decade of Craft Beer. We hope you enjoy. 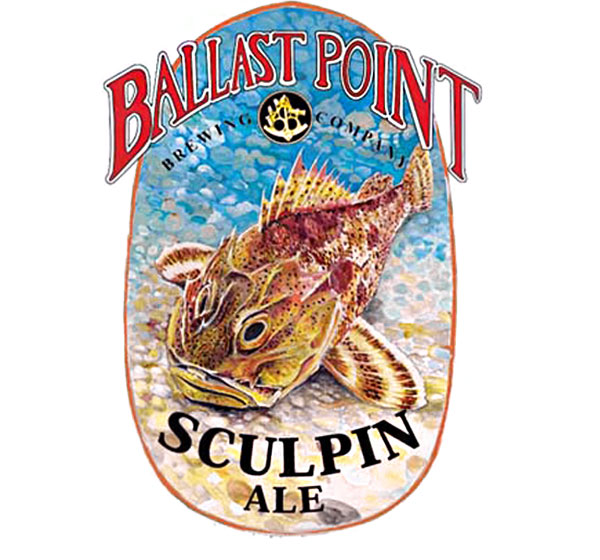 I have been in or around craft beer for the entirety of my legal drinking life (I was born in 1983). I’ve seen craft beer grow from a nascent, quality-focused insurgency, to a full-blown commercial force. That type of growth necessitates evolution. Most of craft beer’s evolution in the past decade has been positive. There are however, certain parts of the industry that seem, at best unsustainable in the long-term, and at worst threatening to the industry’s health as a whole. It feels like the industry has reached an inflection point and looking at its past may give us a few clues about its future. With that in mind, let’s take a look at how the industry has changed over the past ten (or so) years and what that means for the future of the industry and its patrons.

I remember a time when I would visit San Diego, driving store to store, simply to collect bottles of fresh Sculpin. This was before Ballast Point rebranded. Before Sculpin could be found almost everywhere. Before Ballast Point got swallowed by Constellation. Before Sculpin became aggressively fruitified. A decade ago, it was difficult to ensure a steady supply of well-made hoppy beer. Thus, procuring as much as possible (within some form of reason) was a priority. Your local Whole Foods would get the occasional shipment of Blind Pig or Pliny and you’d snap up as much as you could drink (and it would actually be displayed on the shelf). And while Russian River demand still far outstrips supply, today’s beer drinker needn’t be bothered with such annoyances.

At no other time in the industry’s existence has there been a greater selection of beer from which to choose. There is an embarrassment of quality product across a plethora of styles in most of the U.S. You need only pop down to your local bottle shop or bar to find an eminently drinkable pint. Rabidly visiting far flung breweries (while still fun) and waiting in line for something extraordinary is no longer a necessity (though many still do it as a hobby). It is a grand time to be a beer drinker…so long as you know what you’re looking for.

For a consumer just discovering the ocean of flavor in craft beer, today’s market is fraught with peril. The number of styles produced can be overwhelming. Even if a drinker knows which style she likes, finding a quality example can be difficult. This doesn’t mean that it’s hard to find good beer in general. Rather, with the sheer volume of beer on the shelf, it can be hard to separate the good from the bad.

Those of us who buy beer for a living are in a unique viewing position for this particular phenomenon. New breweries often view placement at beer-focused bars as a means to get their names out to their core audience. It’s a sound sales strategy. These breweries will generally seek to sample a bar’s buyer on their product in order to be featured. In other words, I’ve tried a lot of beer from a lot of new(er) breweries. I’ve got some bad news: there is a lot of mediocre beer being made right now.

As with any artisanal business, enjoying the consumption of a product and wanting to make it for a living simply aren’t sufficient to ensure that you will make a high-quality version of said product. It is clear that too many folks are opening breweries because they think breweries and beer are fun and cool. Breweries and beer are fun and cool, but making really good beer (let alone great beer) is a labor, time and knowledge intensive business. If you don’t take the time to learn to brew at least as well as those who are currently successful, then I wish you the best of luck selling some lightly-used brewing equipment a couple years down the road when you can’t find a consistent market for your subpar product.

A decade(ish) ago, there was one rare beer society of which I was aware. One. It doesn’t even exist anymore. It was called the Sinner’s Club. It was run by the fine people of The Lost Abbey. Back then they produced far more limited quantities of their barrel-aged products. Want a bottle of Angel’s Share? Gotta join the Sinner’s Club. Red Poppy? Same. Older Viscosity? Yup. Cuvee de Tomme? You betcha. Sinner’s Blend? Duh. Back then it felt worthwhile to pay a little extra up front in order to guarantee access to beers of high quality that would otherwise be completely inaccessible.

Fast forward ten years. Sours are everywhere. Barrel-aged beer is everywhere. Red Poppy bottles hang out on shelves. The Abyss goes untouched at Whole Foods. These are beers of extremely high quality that I used to beg beer buyers at bottle shops to put on hold for me. They used to fly off shelves and command a king’s ransom on the secondary market. Now they are not-so-affectionately referred to as “shelf turds.”

In the wake of Lost Abbey’s closure of the Sinner’s Club, a slew of similar programs have replaced it. The Bruery has the Preservation, Reserve and Hoarder’s Societies. Virtually every small brewer of barrel-aged sour beer offers something of this ilk. Many of my customers at Library are members of these societies. They will often trade their society beers with a member of another society in a different state and bring in the beers from both breweries to share. Having had my share of club-only beers over the past decade, it feels like the main driver of desirability has become rarity, rather than superior quality. I’m not implying that these beers are in any way inferior. Rather, I believe that the beers available exclusively through clubs are not generally demonstrably superior to those that are more easily accessed. If you’re a glutton for rarity, then by all means, spend your money on ensuring access to scarce product. I’ll be in the corner knocking back a glass of delicious shelf turd.

It seems the same logic often applies to waiting in lines for brewery-only releases. Whether it be a super-hyped Triple IPA, a barrel-aged monster or something sour, folks are willing to subject themselves to hours-long waits simply to buy a greater quantity than they’ll ever need of a product whose equal in quality most could find on a shelf. Ten years ago, the only way to access beers of such quality was to wait in line. If you wanted to try some of the best American sour beer, it couldn’t be easily purchased at a bottle shop. If you wanted fresh, tasty IPA, heading to a brewery or hounding a beer buyer were often your only options.

Nowadays, I look at lines at beer events and releases and shake my head. People choose to spend their precious minutes and hours waiting to drink the rarest of the rare simply because it’s rare, rather than grabbing a tasty, high-quality shelf turd, with minimal effort and time spent. The last decade has seen the proliferation of the notion that rarity equals quality. Rarity is a guarantee only that you’ll have a hard time getting something (whether you spend extra money or time, or both). It is not a guarantee of superior quality. More often that not, something just as good as (if not better than) what you’re waiting in line for is sitting on a shelf, just waiting to be drunk. Perhaps drinkers will grow exhausted of the rarity chase in the next decade, and focus their gaze instead on the pleasure derived from well-made, easily-procured options.