This is a guest opinion editorial submitted by Rebecca Wilkie, a beer and spirits marketing professional in the Sacramento area. If you are interested in submitting a guest article to The Full Pint, please visit our contact form.

Like eating a bag of Hot Cheeto’s with a heavy imperial stout at the end of the night, most Sacramento beer insiders knew this wasn’t going to pair well. With a tight-knit group of local breweries, Sac beer enthusiasts, and loyal beer fans, the Sacramento area is all fired up about the new addition to midtown Sacramento, Golden Road Brewing. 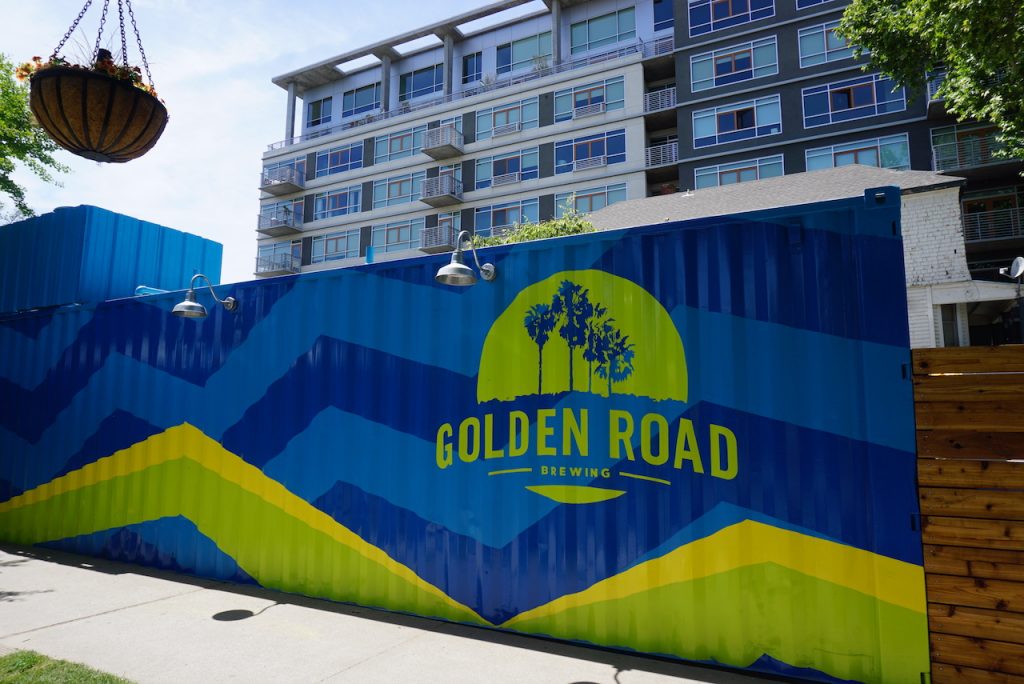 Beginning today, May 10th, Los Angeles based brewery, and subsidiary of AB InBev, will open the doors of their outdoor beer garden and restaurant at the corner of 19th and L streets. The location is a hotspot in walking distance to other taprooms, bars and restaurants, with access to plenty of carefree drinkers, tourists, happy hour seekers, state workers, and downtown dwellers.

So, what could go wrong? Little did Golden Road Brewing know, or maybe didn’t care, that the friendly and typically welcoming beer drinking community of Sacramento had their own agenda, and that was to keep the Golden State’s capital region void of big corporate brands.

After general talks of occasional boycotts, and not wanting to be overly hospitable to the new kid in town, things changed quickly when the opening date was announced. May 10th. What’s the big deal about May 10th? Well, it “coincidentally” happens to be the same day as the official opening event for Sacramento Beer Week. Not a good way to debut your brand in a very loyal town.

Since the opening date announcement, hordes of backlash from Facebook groups, other local breweries, and talks of boycotts have littered the walls of social media threads and talks in taprooms. The Sacramento Area Brewer’s Guild has a statement circulating around (hard to track to original source), ousting their authenticity and calling for a boycott essentially.

Sacramento ranks 5th in the nation in percentage of craft beer sold, and is currently home to
more than 70 independently owned craft breweries. It is not surprising that a multi-national,
globally owned brewery would see this success and sneak into the local market disguised as a
“craft” brewery. Our local craft beer scene is where it is today because of the passion, creativity
and ingenuity of small, independently owned and operated breweries. Golden Road, and their
parent company, Anheuser Busch In-Bev, owners of Budweiser and other “Big Beer” brands, is
the antithesis of local, slow, craft and independent. On top of that, the planned grand opening
of Golden Road is intentionally set for the same day that local, independent Sacramento area
brewers will be having their kickoff event for Sacramento Beer Week, a celebration of craft beer
in Sacramento.

We all have a vote in where we spend our dollars. Please vote wisely.”

The loyal craft beer community has known for a while that Golden Road was going to open on a midtown corner which was previously neglected by an old laundry mat. Now, with blue shipping containers lining the corner sidewalks, and with today’s opening, Golden Road is ready to stake their claim in Sacramento by putting their stamp on an important date for craft beer in the area.

“The planned grand opening of Golden Road is intentionally set for the same day that local, independent Sacramento area brewers will be having their kickoff event for Sacramento Beer Week, a celebration of craft beer in Sacramento,” said Claimstake Brewing, one of the more outspoken breweries of this new neighbor. “We all have a vote in where we spend our dollars. Please vote wisely.”

To be fair and smooth things over for Golden Road, the Sacramento Bee recently published an article aimed to identify the intentions of Golden Road. The news piece seemingly goes beyond informational, to coddling the new brewery. Where they appear unfairly targeted and picked on from local opposers, the article is appropriately titled “Golden Road Brewing hopes Sacramento craft beer community will give it a chance”. Not many are buying this stance of innocence and pure intentions.

The Sacramento Beer Enthusiast Facebook group page, which is comprised with over 17,000 members, has been very active on this topic and many are waiting to see if those who denounced ever stepping foot in the door of Golden Road will see it as an asset to the community, rather than another attempt at big companies taking over. The sentiments resound that Golden Road is a big brand trying to act small, and even comparing them to Starbucks taking local dollars from communities. The ones who know the brewery’s background aren’t giving it any love.

And then you have the occasional drinker that is only looking for a good time and something decent to drink. When asked, “What do you think of Golden Road coming to Sac?” a source who wishes to remain unnamed replied, “Who gives a sh!t? It is money in the economy, revamping of the area, and people drinking beer.” So there’s that! Only time will tell how the politics in the game of beer plays out.

Rebecca Wilkie is a beverage industry veteran and spends most of her time running Cuvée Marketing. As a beverage marketer, strategist, and event manager, she is a behind-the-scenes advice giver for numerous drinks businesses to execute ideas and gain customers. Writing, amateur beer judging, and travel occasionally get in the way of work

Big Beer Wants Uniformity, Not Unity Interest in Cult Beers May Have Peaked According to Google Trends