This is a guest submitted opinion editorial by long time reader and industry member Scott Metzger. If you are interested in submitting a guest article to The Full Pint, please reach out to us via our contact form. 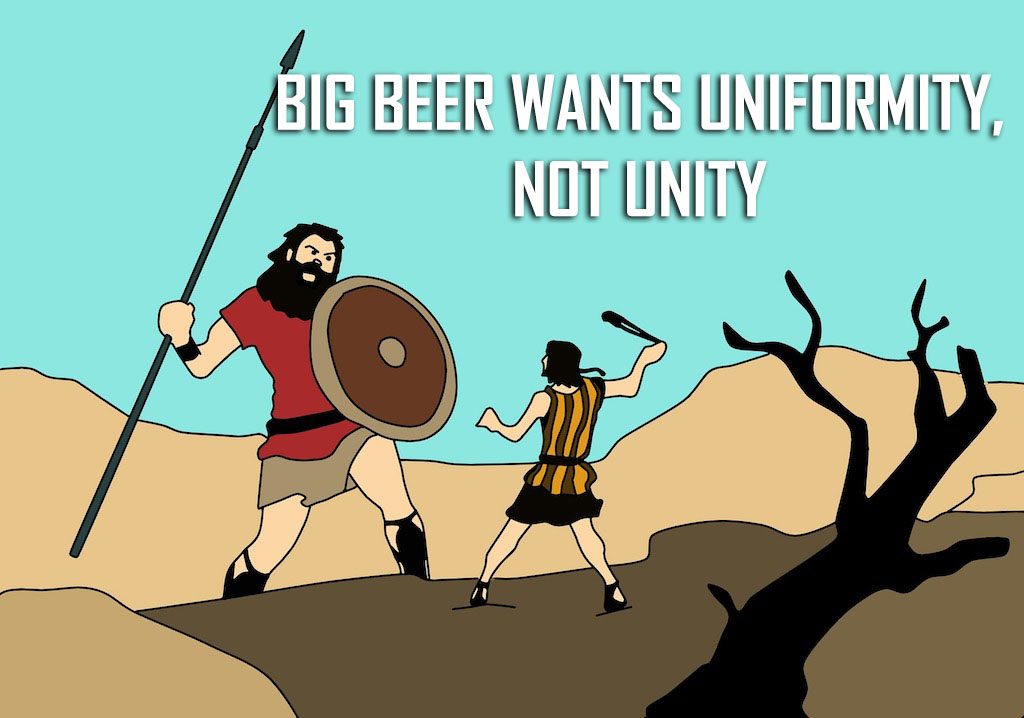 “A good compromise is when both parties are dissatisfied” – Larry David

By now you’ve heard that Molson Coors (parent company of MillerCoors) Chairman Pete Coors penned a letter to Brewers Association CEO Bob Pease and Board Chair Eric Wallace deriding what he referred to as “vitriol” that “does a disservice to the entire beer value chain.”

But apparently, Mr. Coors never sent the letter to Pease or Wallace, instead choosing to have it published via trade publication Beer Business Daily, and later on MillerCoors’ own blog. Today, Anheuser-Busch CEO Michel Doukeris chimed in with a letter to wholesalers stating “Industry in-fighting is counter-productive given the challenges we face as a beer industry.”

While there is a tremendous amount of truth to the value of a more unified industry, it strikes me as odd that Mr. Coors and Mr. Doukeris choose avenues more serving of their respective companies’ own sales and marketing interests than towards making progress towards industry unity.

This really shouldn’t come as a surprise. For years, these two companies have told us things like making the wrong beer choice would result in your “man card” being revoked or that their beer isn’t merely a hobby like what those craft brewers make and it’s not a “fruit cup” as the image of a grizzled tough guy flicks away a wedge of citrus, as though drinking such a beer immediately puts your masculinity into question. Is this what Mr. Coors and Mr. Doukeris mean when they talk about elevating the category?

In the case of Anheuser-Busch, how do they square their calls for unity and tackling the challenges our industry faces together with the program they rolled out to pay their wholesalers bonuses based on how much of their total business was focused on ABI brands? 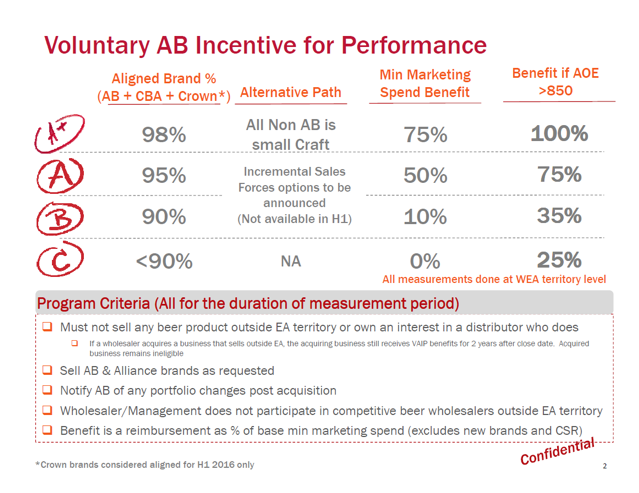 Big Beer, which has lost more domestic volume in the last 10 years than the size of the entire craft segment combined, is calling for unity to tackle problems together, but ask any state guild leader and they’ll tell you that it’s many times it’s one of the big brewers at the head of the table opposing market access efforts by small brewers.

Big Beer wants us all to collectively focus on the threat of wine & spirits while using their acquired, formerly craft brands to create a tapwall of obfuscation – the illusion of choice for beer drinkers who are really just choosing from the portfolio of one large brewer. Often times the tap selection largely driven by sponsorship agreements that by law can’t include exclusive placement arrangements… but they magically end up that way (a coincidence, I’m sure).

I am not here to tell you that our industry – from brewers to wholesalers, retailers and *beer drinkers* alike – couldn’t benefit from a greater sense of unity and togetherness. That doesn’t mean, however, that we should buy the “big-beer-as-a-victim” narrative being pushed forth by Mr. Coors and Mr. Doukeris. In spite of their acquisitions and marketing efforts, it’s been a tough start to 2018. Molson Coors stocks took a nosedive last week after missing revenue and earnings projections, and ABI’s 1Q earnings call featured the news of US shipments down 4.4%. It’s tough rowing for the big guys, in no small part due to the continued growth of the craft segment. When ABI and MillerCoors speak of greater industry unity, what they really want is for less attention on some of the characteristics that make their beers increasingly less desirable. Bud, Miller and Coors don’t want unity, they want a return to uniformity: the good old days when they could count on every retailer in America to prominently carry their brands while leaving as little space as possible for everyone else (and their brands were on a decade-long share decline).

I hope Mr. Coors (and Mr. Doukeris for that matter) take Bob Pease up on his offer to sit down over a beer and discuss how to unite the industry. But for such a conversation to be productive, Big Beer needs to drop the charade that what they do is “competition” and what the BA does on behalf of small, independent brewers is “divisive vitriol.” Every brewer should compete vigorously with one another, but it should be done on a level, ethical playing field. There are many ways in which small brewers can behave better to be better stewards and advocates for beer, but the same is true of big beer. For the sake of all involved, I hope Big Beer can drop the pretenses and be prepared to own up their past sins and at the same time I hope small, independent brewers can move towards an era of healthy, respectful competition with their larger brethren. Until then, I see no incentive for craft brewers to relent on calling out Big Beer’s BS.

Scott Metzger is the Founder of Freetail Brewing Co. in San Antonio, TX and former Board Member of the Brewers Association.

The Real Deal on Spring’s Hot Trend: Glitter Beer Golden Road Is Quickly Learning They Aren’t the King When it Comes to Sacramento