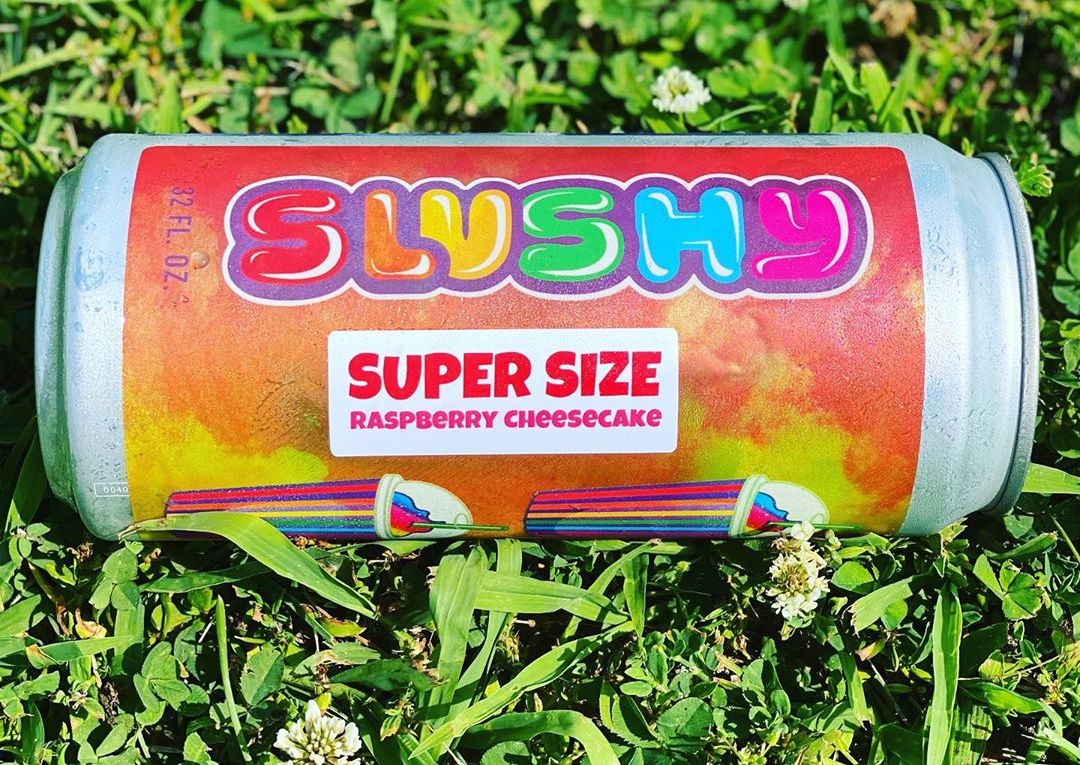 He who fights too long against dragons becomes a dragon himself; and if you gaze too long into the abyss, the abyss will gaze into you.

And now you have become the very thing you swore to destroy.
– Obi-Wan Kenobi

Part of having been drinking craft beer for so long that you used to call it “microbrew,” without sounding out of touch, is that you’ve drunk a fair amount of craft brewer Kool-Aid along with it. It’s like some kind of insidious damned shandy; you can’t drink one without getting a big dose of the other.

Back in the 1980s we’d cite the Reinheitsgebot automatically. This beer is made from malt, hops, water, and yeast, we’d say, ‘and that’s all!’ our beer buddies would chime in. The big brewers used corn and rice, hop extracts, preservatives, foam stabilizers.

Man, that’s nasty. Glad all that’s in my beer is malt, hops, water, and yeast! Oh, and fruit. And vanilla. And natural fruit flavors. And donuts. And coffee. And beard yeast. And bacteria, and oysters, and myrrh (yeah, that myrrh), and mustard, and hot dog water… They’ll even put corn and rice in craft beer now.

Still, craft brewers always did things the right way. They stuck to making draft beer and packaging in bottles, because glass was better than metal, which tastes like metal (kegs are metal? Sure, but they’re stainless steel, that doesn’t…taste like metal!). They used brown bottles, of course, because brown glass keeps out more light than clear and green glass, and light’s bad for beer. No one used cans: light beer came in cans.

Then this little company pitched a little canning machine to a little brewery in Colorado, and wow, was it ever okay to put craft beer in cans! The can’s opaque, so it’s zero light, and less oxygen, too, and a case of bottles weighs almost twice as much as a case of cans, and takes up more room, so cans are cheaper (and also more green) to transport. And hey, there you go, craft in cans was suddenly good!

Do I even have to bring up light lager? Because craft brewers are going there, too. Light lager was the boogieman, the beer you never ever drank, the stuff that only ruled the world because people are so stupid. And marketing, too. But it sure does sell. And that hard seltzer stuff, arguably the lightest beer ever, clear, with no flavor at all except what gets shoved into it? You better believe that craft brewers are making it, as hard as they can.

Why do we become what we hate? How does the dragon hunter become the dragon? Blame capitalism, blame the consumer. Brewers have to make hard seltzer because it’s hugely the new thing, growing like mad, and they can’t be left behind, or they won’t be able to keep the doors open to make IPA.

Not all of these decisions were driven by making money, though; some of them were driven by spending it. Cans, for instance, were a package that was disparaged largely because small brewers couldn’t afford big canning machines and the millions of cans they had to buy to make labeled cans worthwhile. Brewers made a virtue out of necessity: draft and bottles were better than cans! Except once cans became feasible, suddenly all that changed. You bet we’re using cans: they’re better.

The common thread isn’t money, though. Ask the question implicit in the Obi-Wan quote: why have you become the very thing you swore to destroy? It’s because you swore to destroy a thing that didn’t need to be destroyed. It was only beer, not unbridled evil.

Craft brewing keeps finding itself in philosophical dilemmas like this because it was born with hate in its heart. If craft brewing hadn’t started out of the anger that came from not finding anything other than light lager at bars and stores, of being mocked for liking “that weird beer,” maybe we’d have more open arms. If craft brewing hadn’t defined itself from the beginning as being ‘Not that shit!’, I honestly believe things might have worked out differently.

I’m looking at craft whiskey as I say that. Because craft whiskey tried to do that. They took a page out of craft brewing’s book and started out dissing the big whiskey makers. It didn’t work, because it was self-evident bullshit. Sure, Jim Beam is some common denominator whiskey, but Knob Creek is kick-ass. Whiskey distillers were keepers of the authenticity flame, and everyone knew it.

So craft distillers shut up about that, and they focused on their process, and their product, and they found old formulas, and tried new grains and smokes and yeast. The improvement in craft whiskey over the past five years has been striking, and they haven’t had to abandon any old arguments to start doing things differently. They have shifted to larger barrels, but that’s about the only thing, and even there, there is something to be said for the small barrels as a blending tool.

That’s what happens when there’s no hate in your heart. You can work on the things that are based in love: improvement, care, transparency and truth, good flavor, authenticity. Craft beer has that, in plenty, but damn, we keep fighting about it. If we hadn’t made such a big deal about what craft brewing wasn’t…we wouldn’t have had these big fights when craft brewers decided that they were going to blend, and brew with corn (and donuts!), and put beer in cans, and make light lagers.

We’d all be better off if we worried less about where “craft beer” comes from. Instead, stick to the common inscription on old German beer steins: Trink was klar ist; sprich was wahr ist. Drink what’s clear, speak what’s true. Yes, you can keep drinking your hazies. You get what I’m saying. Shake the stress off your shoulders, relax. None of us have to go dragon hunting anymore. Have a beer.