If you were to walk into your closest craft brewery and ask everyone there how they felt about Mitch McConnell, you probably wouldn’t get the friendliest reaction. And yet, looking through Federal Election Commission data, there’s a $2,500 donation from the Brewers Association in late 2019. The Kentucky Senator, alongside a few other controversial conservative figures, received significant donations from the lobbying arm of the Brewers Association at the end of last year, and after spending hours reading through FEC forms, cross-referencing individual lawmakers, and reading every scrap of lobbying info I could get my hands on, I was determined to make sense of why craft beer was bankrolling right-wing politicians. 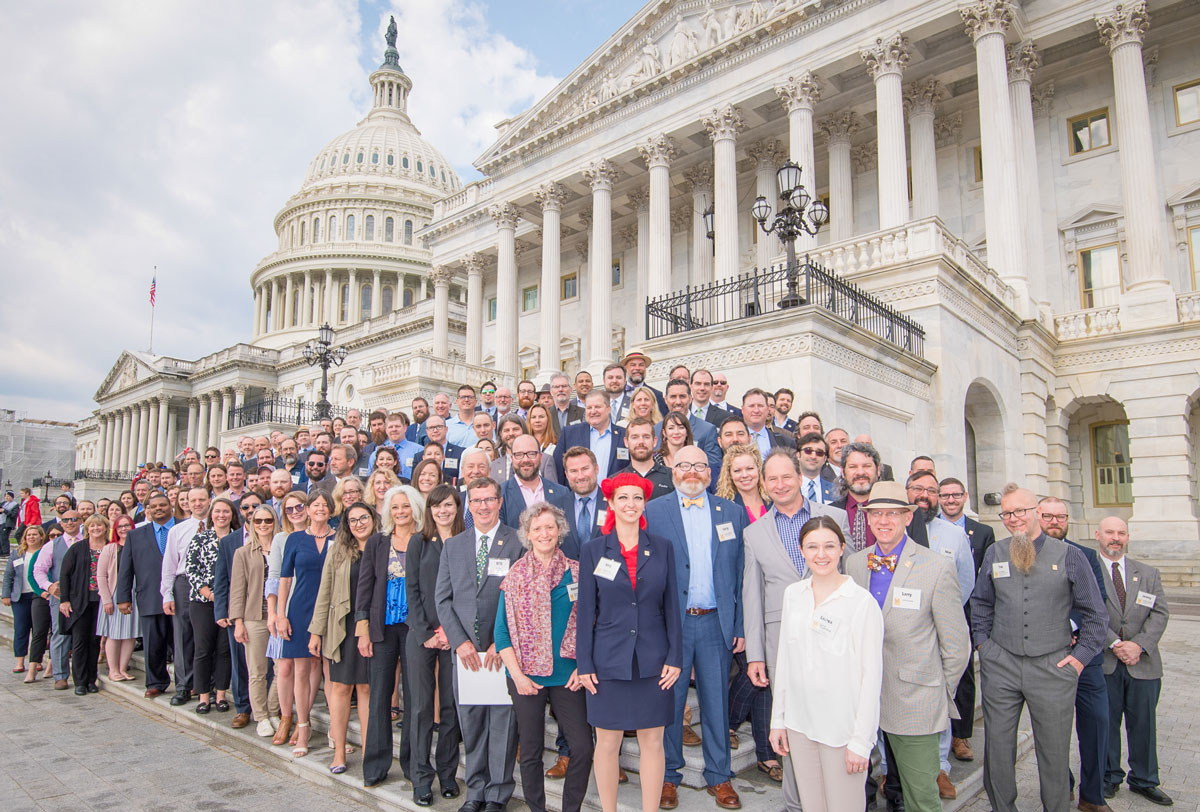 After all, craft beer is a generally progressive industry. Breweries tend to support LGBTQ groups, racial justice organizations and environmental initiatives. And, despite this, the Brewers Association had donated not only to Mitch McConnell, but other right-wing lawmakers like Jerry Moran of Kansas – a vehement opponent of LGBTQ rights in America. There’s also Mike Kelly of Pennsylvania, who propagated a deep state Obama conspiracy theory. Lisa Murkowski is a no-holds-barred advocate for the fossil fuel industry. These politicians appear entirely at odds with the politics of the industry at large, and yet the Brewers Association campaign donations are neatly listed on the public record.

Some of the donations made sense quickly. Murkowski and Kelly are both members of the Senate and House Small Brewers Caucuses, along with several other politicians who received similar donations from the BA. However, that still doesn’t explain why Chuck Grassley was getting money from the craft beer lobby. There were still donations to conservative Senators, all at the end of 2019, that were difficult to explain.

Besides, most alcohol laws are made at state level. Everything from shipping regulation to label approval is done by individual states. It only goes to further raise questions as why the Brewers Association is giving money to federal politicians when so much of the conflicts they face are at the state.

There is, however, one exceptionally important federal issue that effects breweries – taxes.

Excise taxes, also known as “sin taxes”, are leveed on everything from sodas to cigarettes. There are varying opinions on the validity of certain excise taxes, with supporters claiming increased prices as a result of the tax curtails use while opponents cry “nanny state” and point out the inherent regression of this type of taxation. After all, an increase of 20% on the price of any product will make it less accessible to lower income people, but that inaccessibility does (theoretically) curb use. Regardless of their usefulness, excise taxes are a part of most modern tax codes and are unlikely to go anywhere in the foreseeable future, meaning they are still a reality for alcohol producers of all sizes.

Until 2017 the US tax code lumped craft breweries of all sizes under the same bracket for excise taxes, meaning that your local 1000-barrel-a year brewpub was paying the same seven dollars per barrel as New Belgium or Sierra Nevada. The Craft Beverage Modernization and Tax Reform Act (CBMTRA) was introduced as a fix to the regressive nature of this particular tax. Originally crafted in 2015, the CBMTRA included key provisions that would reduce the tax on the first 60,000 barrels brewed per year from $7 to $3.50. This applied not only to small breweries, but to any brewery producing under two million barrels per year (effectively, any craft brewery except Sam Adams). Overnight, almost every craft brewery in the United States would see up to a $210,000 savings on their excise taxes, meaning jobs, expansions, and growth throughout the industry.

The bill never left committee in 2017, but provisions of it were passed alongside other bills that would last until 2019. Though the CBMTRA was reintroduced in 2019 only to be lost in committee and extended at the last minute as an addition to an appropriations bill. And, here is where we return to Mitch McConnell.

Going through the Brewers Association data reveals key votes in salvaging the provisions of the CBMTRA. The recipients of Brewers Association PAC’s money are members of important budget committees, namely finance and appropriations, who would be vital if you wanted to save a piece of tax law vital to protecting your industry. That money, to people like Mitch McConnell and Jerry Moran, helped secure its extension and the future of the beer industry. It’s viciously ugly to put the campaign donations alongside the results and see the sausage on your plate, knowing the result is so important while seeing the meat grinder glistening with gristle on the countertop behind you.

Imagine if these provisions hadn’t been extended and small brewers suddenly found that their excise taxes had doubled overnight. Staring down the barrel of thousands of dollars added to their tax bill, on top of everything else that 2020 has brought the industry, could mean hundreds of breweries downsizing or outright closing. The provisions put forth by the CBMTRA are crucial to the growth of the craft beer industry, and without them being codified into law craft brewers will find themselves at the yearly mercy of subcommittee members who could use a campaign donation.

The solution, obviously, is to make the Craft Beer Modernization and Tax Reform Act into law, removing the annual dance and affirming support for independent brewers. Not only is there broad support for the CBMTRA in both houses and among both parties, it’s an actual, sensible tax reform bill that benefits small businesses responsible for thousands of jobs across the country. It’s baffling that it has taken this long as is, and the last thing the craft beer industry needs to worry about in 2020 is if their taxes are going to end up doubling.

If you don’t want to live in a world where craft beer needs to give money to Mitch McConnell in exchange for progressive tax policies, it’s vital that the CBMTRA becomes law before the end of this year. 2020 has been absolutely brutal for craft brewers, and if the CBMTRA vanishes at the end of the year, 2021 could be even worse.

Sam Otterbourg is a North Carolina native working in the alcohol industry so he can write beer and wine off on his taxes. His favorite beers are Starpoint Duh!, Prarie Standard, or whatever else is within reach.”
@sotterbourg on Twitter