7 Must Try Craft Breweries in the Carolinas

When discussing craft beer-centric states, North Carolina is one of the major players east of the Mississippi. Since the Pop the Cap legislation, a grass-roots lobbying effort to raise the alcohol limit on beer sold in the state from six to 15 percent, passed in 2005, the craft beer scene in the state has been booming. With more than 203 breweries and brewpubs, NC has the largest number of craft breweries in the American South. Major players from the west like Oskar Blues, Sierra Nevada and New Belgium are even getting in on the action, building breweries and brewpubs in the state. 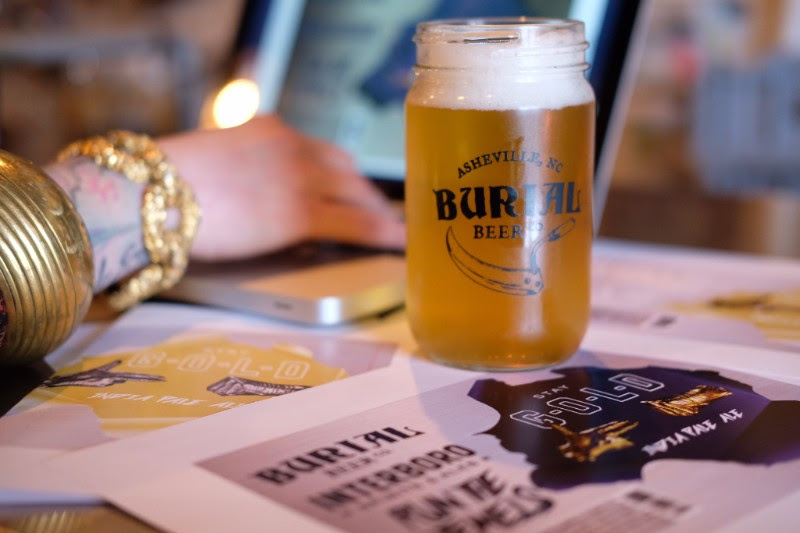 Just over the border in South Carolina, the laws were slower to change and still lag behind the rest of the country (as a three-tier state, all breweries must use a distributer). However, the industry has progressed in leaps and bounds in the past few years after the passing of the “pint law” (breweries could finally sell beer on site for consumption) and those looking for tasty craft beer have many more options from which to choose: more than 40 breweries and brewpubs are now in operation.

Between the two states there are plenty of places for a great pint. So take a road trip and sample the suds from these must try breweries in the Carolinas.

You may have heard of Wicked Weed, especially now that it’s been purchased by AB-InBev, but have you tried…

There are more breweries per capita in Asheville than in any other U.S. city—that in and of itself should be enough to warrant a visit. But if you need another reason, consider Burial Beer Co. Offering up brews like the Hamilton Porter (a s’mores porter for all of you Sandlot fans) for the taproom and bottling elixir like the Garden of Earthly Delights Saison, you’re sure to find your new favorite beer here. With a second location opening this summer, there is even more to love.

Charlotte’s beer scene continually welcomes newbies while still loving on their well-established friends. NoDa was perhaps one of the first craft breweries in Charlotte to make their mark on the national scene with its Hop Drop ‘n Roll IPA. The good news is that it wasn’t a flash in the pan—their beers are consistent and polished which guarantees a great drinking experience very time.

The only brewery located at a minor league baseball stadium, Bull Durham Beer Co. serves two tasty brews that are perfect for a day at the ballpark: a Kolsch and a wheat. Add to that the particular pleasure of taking in a game at this favorite ballpark and you’ve got an unbeatable experience.

Funny name, good beer. This brewery focuses on dark beers like stouts but also brews some tasty German styles like the Duck-Rabbator Dopplebock, a Schwarzbier and a Märzen. Opened in 2004, the brewery is located on several acres of land, which means that after a tour there’s plenty of room for a picnic or a game of corn hole.

You might have heard of… yeah, there’s really not an uber well-known South Carolina brewery. Yet.

Known for making beers that don’t really fit the mainstream, Westbrook has been slowly and surely sending its beers out into the world. A collaboration with Evil Twin brought a bit more notoriety, but the avant garde options like the White Thai, a Belgian-style witbier with lemongrass and ginger and the always anticipated Mexican Cake, an imperial stout aged on cocoa nibs, vanilla beans, cinnamon sticks, and fresh habanero peppers, are what keep people coming back for more.

At this North Charleston brewery, you never quite know what you’ll find on tap. More than 60 different beers a year make the rounds, but the outfit is also canning and distributing throughout the state and into North Carolina. Go for the Pluff Mud Porter, a surprisingly drinkable porter even in heavy heat of summer; stay for the Category series of IPAs once hurricane season arrives.

In a small town just outside of Greenville, you’ll find Swamp Rabbit hunched right near the bike path. There’s a cozy, local vibe that’s refreshing, as is the white ale after the ride from Greenville. While there are hoppy (no pun intended) options, the real stars are the German and Belgian styles. It’s a great place to while away a weekend afternoon.

Craft beer in the Carolinas is making its mark, providing residents and visitors even more reasons to drink local. If you’re making a pilgrimage to NC, check out the BeerNC app for a listing of every brewery in the state, as well as tips as for which ones come with great views or are near trailheads. What’re your favorite breweries to visit in the Carolinas?