(Asheville, NC) – It what shouldn’t be surprising, but actually is, Wicked Weed Brewing of Asheville, NC has been acquired by AB-In Bev’s The High End Division.  Wicked Weed has made a name for themselves in the past few years as a brewer of innovative clean and barrel aged beers, and is always at the top of the list of places to go when visiting Asheville. In five years, many other cool and trendy craft brewers have paid respect to Wicked Weed by either collaborating with them or inviting them to elite level beer festivals.  It would seem that Wicked Weed has instantly traded in their industry street credibility for a a big pile of money.  It will be interesting to see how the Asheville scene reacts to this in light of the horrible reaction 10 Barrel Brewing is getting in the middle of San Diego. 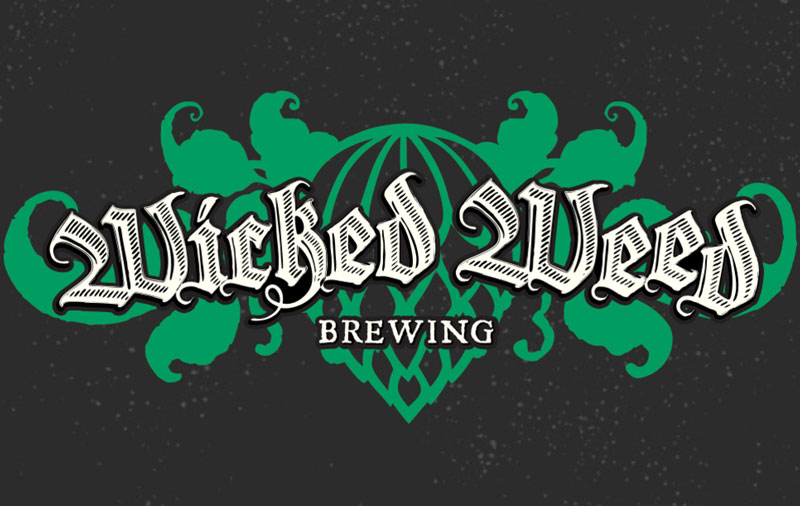 (New York and Asheville, NC, May 3, 2017 – Wicked Weed Brewing, one of Asheville’s most creative and fastest-growing craft breweries will be joining The High End, Anheuser-Busch’s business unit focused on its craft and import brands.

“This is an exciting time for the entire brewing team,” said co-founder Walt Dickinson. “Our ability to create a wide range of really well executed beers that are focused on creativity, quality and drinkability is what makes Wicked Weed great. We have chosen to partner with The High End to position ourselves to make Wicked Weed what we imagined it could be when we first sat at a craft beer bar and talked about opening a brewery. As a brewer, giving our team more resources to continue innovating our portfolio and the ability to reach more craft drinkers, allows us to keep putting the beer and the people first.”

Wicked Weed Brewing owns and operates four facilities in Asheville: their original Downtown brewpub where they produce over 150 different beers a year, the “Funkatorium,” the first dedicated sour beer taproom and barrel house on the East Coast, a 50-barrel production brewery in West Asheville, and the “Funk House and company headquarters,” a custom-designed brewhouse and training facility.

“Asheville has been our home for almost thirty years, and we believe this partnership will benefit our entire community, which has a deeply rooted passion for beer,” added co-founder Rick Guthy. “With our team’s heightened ability to innovate our hoppy and sour styles using the highest-quality ingredients around, we hope more and more beer drinkers will flock to Asheville to taste what we have to offer. Our pub and Funkatorium will stay focused on producing creative beers and will be part of Asheville’s beer tourism for years to come.”

“We are excited to welcome Walt, Luke, Ryan, Rick, Denise, and the entire Wicked Weed team into our High End family, said Felipe Szpigel, president, The High End. “It’s clear to me Wicked Weed is redefining what sophistication in beer can mean, with their amazing offerings being relevant in a wide variety of occasions. Their ability to brew the highest quality beers, in a variety of styles, along with their exciting barrel program, leads me to be optimistic about what our futures hold together.”

Anheuser-Busch’s partnership with Wicked Weed is subject to regulatory approval. Terms of the agreement were not disclosed.

Wicked Weed Brewing is based in Asheville, North Carolina. Founded in December 2012, the original brewpub consistently hosts 25+ beers on tap including hop-forward, West Coast-style ales, open fermented Belgians, and barrel-aged beers. With the opening of the second location, The Funkatorium, in October 2013, Wicked Weed is striving to become one of the leading producers of barrel-aged sour and wild beers in the Southeastern United States.

Wicked Weed Brewing was awarded a gold medal for both 100% Brettanomyces Serenity in 2013, Mompara Honey Ale in 2014, a silver medal for Pernicious IPA in 2015, and a silver medal for Lunatic Belgian Blonde at the Great American Beer Festival. The brewery also received a bronze medal for Tyrant Double Red IPA in 2014, a bronze medal for La Bonté Pear in 2016 and a bronze medal for Red Angel in 2016 at the World Beer Cup. Wicked Weed continued its expansion in summer 2015 with a 50-barrel production brewery allowing for a wider distribution footprint in select states, and added a sour and wild dedicated brewery and barrel-house in South Asheville in fall 2016. Learn more at www.wickedweedbrewing.com

For more than 160 years, Anheuser-Busch and its world-class brewmasters have carried on a legacy of brewing America’s most-popular beers. Starting with the finest ingredients sourced from Anheuser-Busch’s family of growers, every batch is crafted using the same exacting standards and time-honored traditions passed down through generations of proud Anheuser-Busch brewmasters and employees. Anheuser-Busch owns and operates 19 breweries, 21 distributorships and 22 agricultural and packaging facilities, employing more than 16,000 people across the United States. For more information, visit www.anheuser-busch.com.

The High End is a business unit of Anheuser-Busch, created to provide its unique craft and European import brands with autonomy and support for growth, while fostering a collaborative environment for the brightest brewers in the beer community. The High End brings dedicated resources to support the growth of its brands, create successful partnerships and deliver more variety to consumers. Established in 2015, The High End includes brands such as Stella Artois and Shock Top, along with craft partners Goose Island, Blue Point, 10 Barrel, Elysian, Golden Road, Virtue Cider, Four Peaks, Breckenridge Brewery, Devils Backbone, SpikedSeltzer and Karbach Brewing Co.