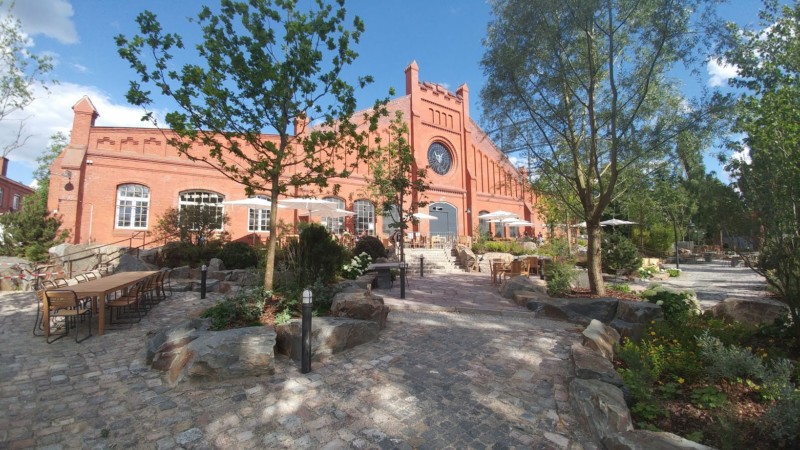 Stone Brewing has announced they will be selling their Stone Berlin destination to BrewDog at the end of this month. If you have been following along for the entire ride since 2011, Stone took on a huge challenge of taking what became beloved in Escondido, CA and doing it again in Berlin, Germany. Each and every bump in the road was publicly documented. Stone documented the fact they were not a fan of Berlin’s beer culture. They documented that Berlin was not a fan of this brash man coming in to change beer traditions in Berlin. They documented how insanely expensive this project was going to be.

Then there was the ill-executed crowdfund campaign in which Stone marketed this project by asking for $1 million dollars in 2014. I think it was at that very moment, that even Stone’s most loyal fans turned their head sideways. For a trip down memory lane, follow this link: https://thefullpint.com/beer-news/stone-tweaks-message-concerned-feedback-indiegogo-campaign/.

Still, Stone trucked along and opened a brewery in Berlin. Stone invited their longtime supporters to come and visit when they finally opened in 2016, and that was really the second-to-last time Stone Berlin was on my radar. The last time it was on my radar was when I was invited to screen the Beer Jesus From America documentary. I’m 99% certain Greg Koch did not give himself that nickname, but just the title alone made me cringe, so it was a hard pass for myself and The Full Pint to give it a look.

Stateside, Stone continued spreading out by launching their Napa outpost, which has yet to be proven successful and launched a canned pilsner with rock legends Metallica. It is important that Stone keeps moving and not staying stagnant or complacent in this incredibly weird beer market, but I must say, I don’t even recognize them anymore, and they aren’t the company that fans fell in love with nearly a decade ago.

Stone is still brewing hoppy beer, they are still technically in my backyard, yet they feel like this giant beer company with products, not hand-crafted beer, that happens to have a gargoyle on it. When I walk into my local Target and see some warm six-pack cartons of Stone beer on an endcap display, I feel lukewarm about it (no pun intended.) Five or six years ago, I would have been upset. I do understand the genie can’t go back in the bottle. After seeing Green Flash take a nosedive after a go for national fame and Deschutes Brewery pumping the brakes on a similar play, is it time for Stone Brewing to refocus and return to what made people fall in love with them to begin with? I have no real data to confirm they aren’t doing well; however, we know they haven’t been hitting home runs with these lofty projects that would take them from a strong force in Southern California to an international beverage and lifestyle company. If barrels of beer sold is the measurement of success, perhaps Stone should look at companies like Bell’s Brewery and New Glarus Brewing, both of which serve their local markets well, are beloved despite being considered old, and most importantly, they aren’t trying to take over the world.

Click here to read Stone’s memo on Berlin being sold to BrewDog.