[Updated] What Green Flash Brewing Needs To Do To Survive 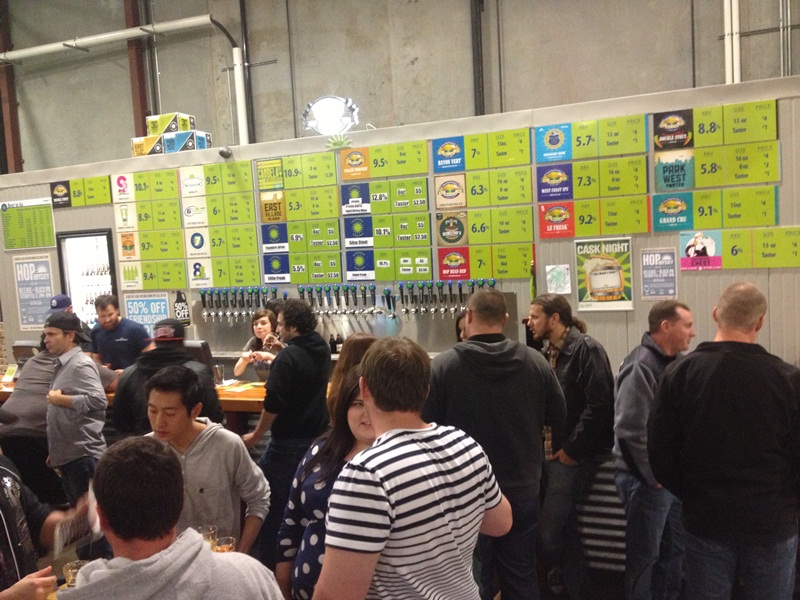 We’ve been watching Green Flash Brewing take a slow nose dive over the past year, maybe longer if you were reading the alarming signs they were showing as far back as 2014. From 2007 to 2012, Green Flash was one of my personal favorite breweries. They were making some of the best IPAs in San Diego, they had one of the best barrel aged stouts I’ve ever tasted, and they had fresh, affordable products I could buy at my local bottle shop or grocery store. It seems that once they moved from their small brewery out of Vista, California, they took their eyes off of what made them so popular and sights set on either being the largest craft brewery in the U.S. or the most attractive buy for a company like AB-InBev. In 2014, they acquired the beer geeks delight Alpine Beer Company, and shortly lost award-winning brewmaster Chuck Silva after they changed all his popular recipes. Watching them ramp up, all while dumbing down their portfolio of beers, as well as Alpine’s, was a sad thing to watch.

Here we are in March 2018, and they are fighting for survival after shutting down their brand-new production facility and tasting room in Virginia, and pulling out of almost every market they expanded distribution into. Here are some ideas that might keep them relevant and might help keep their lights on for a few more years.

Pay respect to those who made them

One of the first gripes Green Flash fans had was that they axed San Diego favorites Grand Cru, Barleywine, Double Stout and Le Freak, while completely reformulating West Coast IPA and Hop Head Red. Green Flash needs to apologize and bring these beers back, even if its draft-only or limited bottle or can release. We’re pretty sure that even though Chuck Silva is not at the captain’s wheel, that they own these recipes and could be brought back in the name of good will.

There were mixed reactions when Alpine Beer Co. was acquired by Green Flash. On one hand, people were excited that the very hard-to-get beer from McIlhenney family would be more accessible. On the other hand, Alpine loyalists were the first to point out that Green Flash failed at scaling up the famous recipes. At this point in time, Alpine Beer Co. is still the strongest brand Green Flash has despite not being able to capture the magic on a larger scale.

I would scale these brands back down to a maintainable size, do very limited bottling and canning, and pepper the entire map of California with draft-only Alpine. Green Flash completely missed the mark when they began canning Alpine Beers, but didn’t put their most popular hoppy beers in the cans. People love canned IPA, so give the people what they want. We’re looking at you Nelson, Duet, Pure Hoppiness, Bad Boy, Exponential Hoppiness, HFS, and Windows UP.

There’s speculation that the McIlhenney family’s exclusivity agreement is coming to an end soon, if I was Green Flash’s savior investor, I would throw a hail mary to Patrick McIlhenney right now.

I’m not sure I’ve seen a more poorly executed barrel program in craft beer than Cellar 3. For those not familiar, Green Flash had a very small barrel program where Silva Stout, Sleeping With Shaggy and Flanders Drive were born. This got spun off and scaled up into an unmanageable mess. Initial batches of the beers were getting reviews pointing to flaws and off flavors, meanwhile Green Flash gave these beers unmemorable, difficult to pronounce names. If that wasn’t bad enough, they packaged these beers in generic 750 ml. bottles, so at a glance there was nothing that made any of these beers look unique from one another. I think it’s cool for every brewery to experiment with barrels but having a barrel program with national aspirations was a bad idea, and this brand needs to be discontinued. Green Flash has a destination tasting room called Cellar 3 that people enjoy visiting, this could be something they hold onto even while phasing out the bad branding and inconsistent beers.

All while Green Flash had their sights set on a national market footprint, they let the goodwill they spent years building slip away here in Southern California. Between the items listed above as reasons Green Flash fell out of favor, and not enough feet on the street, many other Southern California based breweries leap frogged Green Flash on draft accounts. When Green Flash first acquired Alpine, we were told their salesforce asked bars to “kiss the ring” in order to get Alpine beers, and in today’s market of exceptional beer, this was not well received. Green Flash needs to humbly go on a “we’re sorry but we’re back and better than ever” tour right here in their backyard.

Benefit from the ‘Light Craft’ market

Green Flash has two products that should be in every Applebees, every bowling alley, every airport, every grocery store. I’m talking about GFB Blonde Ale and Sea to Sea Lager. Green Flash had a great idea in capitalizing on the 805 trend (a minimally branded blonde ale, targeted at casual drinkers), but were so overwhelmed with survival that it really didn’t gain traction as it should have. Marketing dollars should be thrown at this beer.

Play to the geeks

San Diego, SoCal and the rest of the country are dropping $12 to $20 for four packs of IPA. Using their existing canning line, Green Flash needs to strike gold by brewing small batches of IPA and Double IPA right out of their beautiful, spacious tasting room. It’s not certain if this trend will last forever, but they should definitely get a piece of that pie.

Besides pumping some new life into Cellar 3, Green Flash could find some underserved areas of San Diego county and Southern California and start some satellite tasting rooms. Many breweries are already doing this to combat slow retail sales, and this cuts out the middleman.

It is clear that the current management team was not able to navigate the current world of craft beer. It’s easy to point to the big guys and the little guys as the reasons why it’s so hard to compete these days, but there aren’t other medium sized regional breweries that have made so many bad decisions that led to a lot of good people being jobless right now. While Green Flash did great when they were a small brewery out of Vista, CA, the company has gone so far off the rails that if they don’t hire new leadership or utilize a management consulting firm, that our next article will likely be about the closure of Green Flash Brewing.

While I’ve spelled out a lot of problems that Green Flash has faced over the years, I’d like to see them back in the game. We aren’t sure how much money has been invested in their survival, but some of these suggestions might help them move in the right direction.