(Shakopee, MN) – Badger Hill Brewing will be releasing the much anticipated beer HEXIT in their taproom on January 28, 2017 at noon. HEXIT is the creation of Todd Haug, the former Head Brewer at Surly Brewing, who recently joined Three Floyd’s Brewing in the Greater Chicago area. 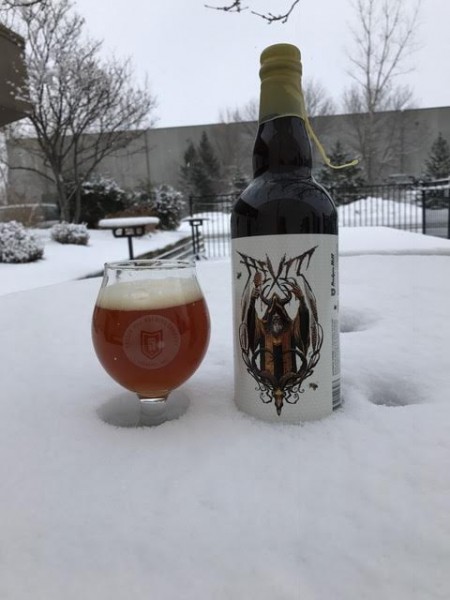 Todd developed the recipe and brewed HEXIT (Haug + Exit = HEXIT) at Badger Hill prior to his move in late 2016. Todd and his wife Linda want to bring attention to the potentially catastrophic demise of bees through the release of this special beer.

The Braggot Style IPA is made with local Sweet Bee Honey from Rufer Apiaries of Waverly, MN and was dry hopped with over 6 pounds of hops per barrel. Local artist Brandon Holt illustrated the logo and each bottle sold will be dipped in a bees wax from the apiary.

This one of a kind beer can be purchased on draft and in 750ML bottles at the Badger Hill taproom beginning at noon on Saturday, while supplies last. A limited amount of both draft and bottles will be released to bottle shops and bars/restaurants throughout the Twin Cities and surrounding areas.

Profits from HEXIT will go directly to the Minnesota Honey Producers Association and the University of Minnesota Bee Lab.