Official description: In the world of German brewing, Kräusen refers to the intense proliferation of bubbles and foam formed during fermentation of a young or “green” beer.  And Aufkräusen (literally to kräusen it up), refers to a historic brewing technique in which some green beer is added to a fully-matured lager. This is a very old and very typically German tradition, and today even English-speaking brewers refer to this technique as krausening.  Krausening brings the vibrant freshness of young beer to the more refined, austere flavors of a fully-matured lager.

Aecht Schlenkerla Kräusen starts out as normal Helles Schlenkerla Lager and matures for months in the old rock cellars underneath the brewery. Just before filling it is blended using the before mentioned “Kräusen” technique with classic Märzen Rauchbier. The result is an unfiltered, bottom fermented and amber color Märzen Lager hybrid with a vibrant and slightly smoky flavor. 4.5% ABV, 30 IBUs.

I would like to dedicate this review to my friend Michael James, who passed away unexpectedly last week. MJ was a talented beer writer and photographer who had an incredible passion for beer in a way I’ve never seen in anyone else. He had an unparalleled appreciation for Belgian and German beers, specifically Franconian lagers, which led him to catalogue in detail the myriad family-owned breweries of Franconia in a beautiful photo essay you can read on his website biertravel.com. His photography is featured in the definitive guide to beer in the region, Birra in Franconia. MJ had a particular fondness of rauchbiers from Brauerei Heller (Aecht Schlenkerla). He helped put Gänstaller Bräu on the map for beer aficionados around the world. Their kellerbier made my list of Best Beers of 2018. MJ, you will be sorely missed. Each wonderful glass of German lager I drink is in your honor.

I’ve already detailed the relationship between B. United importers and Brauerei Heller Bamberg (Aecht Schlenkerla), the world’s premier rauchbier (smoked beer) producer located in Bamberg, Germany. This canned specialty is another beer that is typically not available anywhere other than on tap at the brewery in Bamberg. Thanks to a complicated process detailed in my previous review, this beer is now available in cans in the U.S. I was able to pick this up for $5 for a single 16oz can, which may seem steep unless you are familiar with the Tank Container Canning Project.

There’s a loud hiss and pop from this 16oz can, which was sold as part of a 4-pack by specialty importer B. United. There’s no date on the bottom of the cans. Given that this whole extreme exercise is to bring fresh, tap-only beer from Germany into American households; it seems odd to omit the canning date.

Into my glass, the Helles Märzen Kräusen Blend is mostly clear amber with loads of variety-size chunkies that float in suspension. A tan head of foam erupts and would easily spill out over the glass without patience while pouring. Bringing up the glass, there’s baked lemon and Bosc pear layered on top of maple-cured bacon and country ham. Flavor-wise, the Kräusen Blend is far more bitter than I expected. Those 30 IBUs really punch on this amber lager with a grassy approaching tannic bite that moves to pear skins and lemon rind after several sips. It also finishes fairly dry considering the style with quite a bit of mineral flavors. There’s a touch of lemon acidity, too. Couple that with its relative dryness and high carbonation and the Kräusen Blend is surprisingly refreshing. It’s not nearly at the brightness level as the regular Helles Schlenkerla but it mostly lacks the brown sugar and melted fat flavors of the core Schlenkerla beers. Indeed, this does taste young or “green” with a bit of an unfinished character to it plus uncharacteristic tannins and surprisingly bright hoppiness. It’s a fun beer that is unlike anything I’ve had before. Its unique quenching ability makes sense as this is designed as a draft-only session lager. 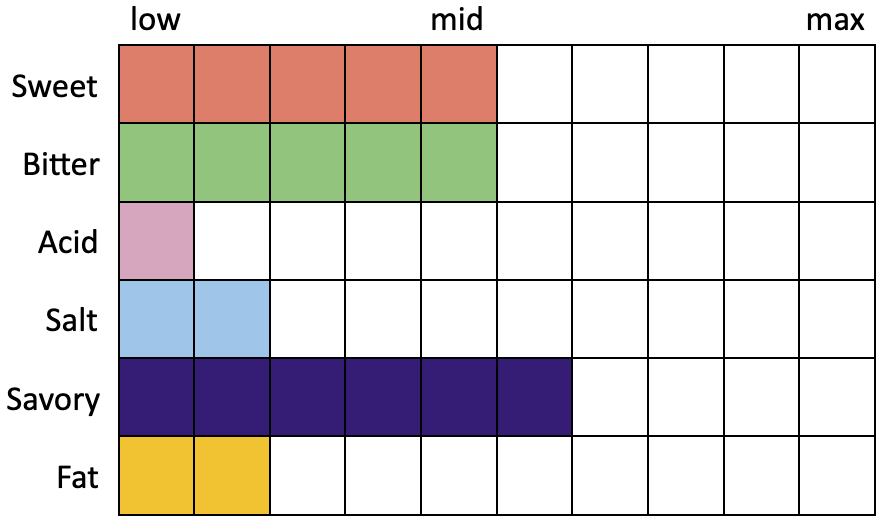 Looking at the chart above, this beer has a little bit of everything. The savory smoke character is moderate, far from being maxed-out like the core Schlenkerla beers. Meanwhile, sweetness is mid-range and surprisingly so is bitterness. I usually expect German Oktoberfest/Märzen and Helles lagers to be fully malt-focused and bready to the max. Instead, this beer is quite hoppy with bright lemon character in the aroma and flavor.

I would suggest going out and sampling the core Schlenkerla beers that are available in most reputable bottle shops. These B. United specialty cans showcase beers that are meant to be consumed fresh and on tap at the brewery. This crazy process to bring beer like this to the US is inspiring, but I don’t think it’s a perfect substitute for the real thing. The bottled Schlenkerla beers are for the most part stronger beers that are less susceptible to damage from shipping. Each one is worth trying. I hope to review these in the near future.