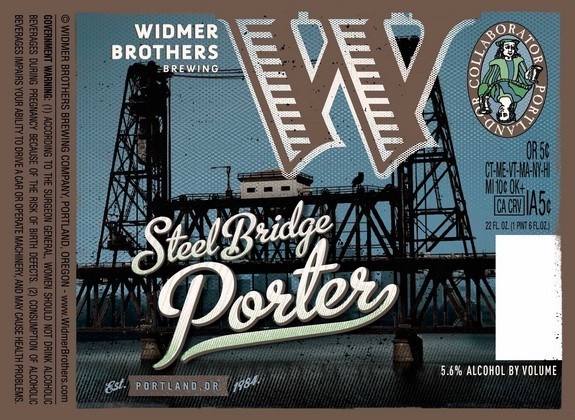 Since then, annual winners of the Collaborator homebrew competition have earned opportunities to brew their recipes at Widmer Brothers’ pilot brewery system and have their beers distributed locally.

“Every Collaborator brewer has been like a proud parent,” said Rob Widmer. “And I can relate. When you are a homebrewer, to your non-brewer friends you are a hobbyist, an amateur. But when you brew for the Project and can take your friends into a local pub and order your own beer, your friends look at you differently. Your position as a brewer is certainly elevated in their eyes — It’s a very proud moment.”

The Project has been pushing brewing boundaries for the last 15 years, and the Oregon Brew Crew and The Collaborator Project take some claim in the remarkable innovation taking place within Portland’s craft beer scene.

“Former homebrewers have taken over,” said Blake, the creator of Steel Bridge Porter and 18-year member of the Oregon Brew Crew. “The inmates are now running the asylum, and innovation is oozing out of brewhouses all across the country. Ultra-hop beers are now a competitive sport, and souring, barrel-aging, hybrid styles, exotic yeasting, and yes, collaboration brews, are demanded by consumers in the leading craft beer markets.”

While Steel Bridge Porter can best be described as a chocolaty porter, it has depth that reveals an interplay of dominant chocolate character with toast, coffee, and orange notes. “The mouthfeel is rich, yet the bitterness just assertive enough to lead the finish to the dry side,” said Blake.

Steel Bridge Porter will be available in the Portland area for a limited time in 22-ounce bottles bearing the Collaborator logo. To find retailers carrying the beer, please visit Widmer Brothers Beer Finder. To learn more about the Oregon Brew Crew, visit its website or join the Crew for its open meeting the second Thursday of every month at FH Steinbart. To read a new interview with Rob Widmer and Noel Blake, please visit the Widmer Brothers blog.

What started as a dream for two ordinary brothers who just loved beer has now become a reality for two ordinary brothers who still just love beer. Kurt and Rob Widmer helped lead the Pacific Northwest craft beer movement in 1984 when, in their 20s, they dreamed of brewing unique interpretations of traditional beer styles. In 1986, Widmer Brothers Brewing introduced the first American-style Hefeweizen; today, the unfiltered cloudy beer is the company’s signature brew and one of the best-selling wheat beers in the country. Based in Portland, Ore., the brewery currently brews a variety of beers including Alchemy Ale, the Rotator IPA series, Pitch Black IPA, Nelson Imperial IPA, a limited edition Brothers’ Reserve Series and a full seasonal lineup. For more information about Widmer Brothers Brewing, visit www.widmerbrothers.com.

Since 1998, the Oregon Brew Crew and Widmer Brothers Brewing have hosted an annual homebrew competition where winning homebrew recipes are selected to be brewed at the Widmer Brothers brewery in Portland. This project is known as the Collaborator Project; these limited release beers are only available locally in the Portland area. Steel Bridge Porter is Noel Blake’s recipe and the latest release in the Collaborator Project. Steel Bridge Porter wears a beautiful dark robe with a creamy coffee-colored head.  The mocha flavors are rich and seductive, yet dry and drinkable. The robust malt profile does not hide the hops, which are expressive and well-integrated into the overall brew.