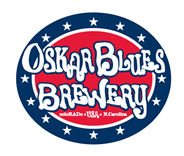 (Longmont, CO.) – Members of the Oskar Blues team took to the stage at the Plaza Convention Center in Longmont on Nov. 1 to accept the 2013 Longmont Area Chamber of Commerce “Large Business of the Year” award. The creators of the award-winning Dale’s Pale Ale and 5280 Magazine’s “Best Wings” were voted the winner in the “Large Business” category by Longmont Chamber members—elevating the local brewing and restaurant organization over other accomplished Longmont-based businesses such as international tech giants, IBM and Xilinx.

The win comes just weeks before Oskar Blues is set to celebrate the 11th Canniversary of their craft beer-in-a-can apocalypse and the grand re-opening of the original Oskar Blues Grill & Brew on December 6th. The Lyons brewpub has yet to fully reopen following the flooding that hit the Front Range in September.

Although Oskar Blues first planted roots in Lyons, when it came time to expand into a larger location, making the move to Longmont was the natural next step.

“The city of Longmont & its businesses like Mike O’Shays have supported Oskar Blues & helped us grow long before we called Longmont home,” said Oskar Blues spokesman, Chad Melis. “Longmont folks have been regulars at the Lyons, CO Grill & Brew for music & beers over the years so adding Longmont as our home is a great fit.”

In 2008, the main brewing operations for Oskar Blues officially landed in a 35,000 square foot facility in south Longmont. Shortly after, the doors to the Tasty Weasel Tap Room were opened and a second eatery was added to the restaurant mix when Homemade Liquids and Solids opened shop at 1555 S. Hover Street in Longmont. Today—the restaurant operations have expanded to include a third restaurant, CHUBurger, located in south Longmont with a second location set to open at Coors Field in 2014, and Oskar Blues recently announced plans to open CyclHOPS—a bike cantina and new retail location for REEB Cycles in the Longmont’s Meadow View Shopping Center  at the end of 2013. Oskar Blues also has a third brewery located in Brevard, North Carolina.

Following the Colorado flood in September, Oskar Blues also expedited plans to develop a 501(c)(3) organization. To date, the Oskar Blues CAN’d Aid Foundation’s Colorado Flood Relief Fund has raised over $250,000 and distributed nearly $200,000 of funds raised to individuals, families, and small businesses in the Lyons and Longmont areas.

“Longmont has been a great partner in helping us grow,” Melis said. “Contributing to the social fabric of this community is what keeps our wheels turning.”

About Oskar Blues Brewery
Founded by Dale Katechis in 1997 as a brewpub and grill, Oskar Blues Brewery launched its craft-brewed beer canning operations in 2002 in Lyons, CO. It was the first American craft brewery to brew and hand-can its beer. Today there are more than 200 craft breweries canning beer. The original crew used a hand-canning line on a tabletop machine that sealed one can at a time. Oskar Blues Brewery in Longmont packaged 59,000 in 2011 and grew to 85,750 in 2012 while opening an additional brewery in Brevard, NC, in late 2012.