For the first time since opening in March of 2016, The Virginia Beer Company is adding a new recipe to its portfolio of Year Round offerings. Liquid Escape – a Tart Ale brewed with Lemongrass and a touch of Australian Sea Salt – will be available on draft and in 6-packs of 12 oz. cans beginning in late June. 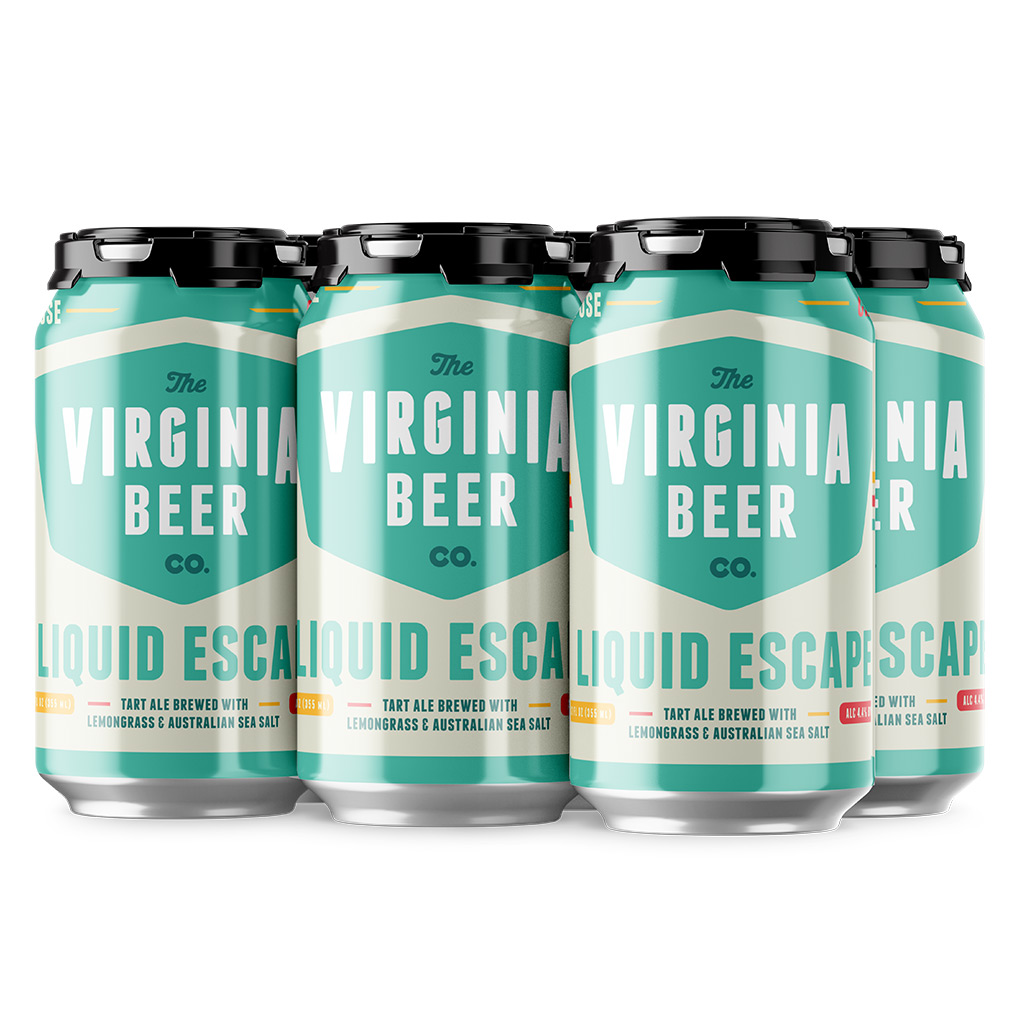 “This Tart Ale brewed with Lemongrass and Sea Salt was really popular when we released it as a taproom-only offering,” reflected Brewmaster Jonathan Newman. “It’s just tart enough so you know it’s Kettle-Soured without being overpowering. We loved the way it could diversify our other offerings and complement any occasion, and at 4.4% ABV we know it’s a crusher.”

Liquid Escape – a scaled up version of that original Tart Ale recipe – is a low alcohol, low calorie offering with bright flavors of citrus and melon and a surprisingly refreshing subtle tart finish. Originally brewed on Virginia Beer Co.’s 5-barrel pilot system as a small batch Workshop Series release, this recipe quickly received a cult following with requests for something similar to be available on a more regular basis.

“In fact the requests were so many that we sent a batch out to select events in the Hampton Roads area including a tap takeover at the Green Leafe Café & Pub in Williamsburg and the Pearls of Wisdom fundraiser for the Virginia Beach Education Foundation in Virginia Beach,” noted VBC’s Director of Sales, Michael Rhodes. “We wanted to see if the reaction in the market was the same as in the taproom…and we enjoyed the feedback as much as everyone seemed to enjoy the beer!”

One barrier to scaling up any recipe from a small batch or seasonal release to the Year Round lineup was production capacity. Virginia Beer Co. has been steadily increasing production of its flagship India Pale Ale, Free Verse (along with additional Year Round offerings such as Saving Daylight Citrus Wheat and the award-winning Elbow Patches Oatmeal Stout), so adding an additional Year Round selection

“We simply can’t keep up with the demand for Free Verse, but at 3 years in we also wanted to freshen up our Year Round rotation with something quite different than anything we’ve brewed to this scale in the past,” says Co-Founder Chris Smith. “We recently added a custom built canning line from Alpha Brewing Operations to focus on quality and consistency with our packaged offerings. It seemed like the right time to add the stainless steel needed to grow our large scale production schedule and offer something new that we think will pair well with any adventure at any time of year.”

Liquid Escape is now available on draft and in 6-packs in the Virginia Beer Co. taproom at 401 Second Street. The launch of this new flagship offering will be celebrated “in the wild” throughout the summer with release parties in Virginia across Hampton Roads and in Richmond, along with a brewery celebration to showcase this milestone release (with details to follow).