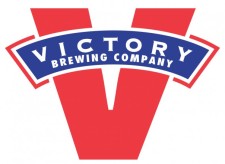 Downingtown, PA – In response to consumer demand and much online speculation, Victory Brewing Company® (Victory) is pre-announcing installation plans of a canning line in their new, Parkesburg facility slated for 2015. Summer Love Ale is the first beloved Victory brand tentatively scheduled to make its aluminum debut. Victory believes offering strategic brands in a can format will meet the growing fan demand and introduce their beer to a larger audience.

“The Parkesburg facility was built with the idea that it would enable us as creative brewers to expand our brand in a way our thirsty fans would appreciate. It only seems to make sense that the first Victory brand to be found in a can should be Summer Love Ale since it embodies all the fun and freedom summertime has to offer and a can is fitting for so many outdoor activities that come with that time of year,” says President and Brewmaster, Bill Covaleski.

Please stay tuned for more information and details about Victory Brewing Company’s plans to produce flavorful craft beer in a can.

About Victory Brewing Company
Victory Brewing Company is a craft brewery headquartered in Downingtown, Pennsylvania. Founded by childhood friends, Bill Covaleski and Ron Barchet, who met on a school bus in 1973, Victory officially opened its doors in February of 1996. In addition to the original Downingtown brewery and brewpub, Victory recently opened a second state-of-the-art brewery in Parkesburg, PA to expand production capabilities and serve fans of fully flavored beers in 35 states with innovative beers melding European ingredients and technology with American creativity.