(Stratford,CT) – Two Roads Brewing Company of Stratford, CT announced today that the brand will be rolling into Northeastern Pennsylvania and they are pleased to be teaming up with Shangy’s Distributing. The launch will begin the week of August 22nd with a series of kick-off events throughout the region. 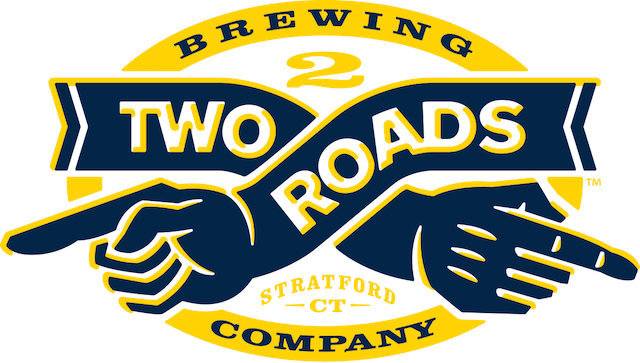 “Two Roads is very pleased to announce our partnership with Shangy’s Distributing to bring our unique portfolio to the Northeastern Pennsylvania territory,” said Two Roads Director of Sales Meghan Zachry. “Shangy’s has shown tremendous passion in bringing craft beer to the PA market and Two Roads is proud to partner with them as we continue our journey on the road less traveled.”

Two Roads Brewing Company was founded in 2012 by four friends who dreamed for years of starting a craft brewery. The company they created fosters a “road less traveled” philosophy in the beers they make and how they make them. In that spirit, Phil Markowski, their award-winning Brewmaster and 26 year craft beer veteran, has created an extensive lineup that takes a unique twist on classic beer styles.

Nima Hadian – President / Owner of Shangy’s commented, “Since 1980, Shangy’s has been the leading Pennsylvania craft beer wholesaler in Eastern Pennsylvania. Today, it is with great pleasure we announce our new partnership with Two Roads Brewing Co. for distribution across Northeastern, PA. We look forward to building a solid, prosperous, and continuing business relationship with the great folks at Two Roads. It is our mission to help expand Two Roads distribution throughout our successful marketplace.”

ABOUT TWO ROADS BREWING COMPANY
Two Roads opened its doors in December 2012 having earlier acquired and renovated a 100-year-old vacant, brick factory building in Stratford, CT. Its name and philosophy are inspired by the Robert Frost Poem “The Road Not Taken”—a philosophy brought to life in the beers they create using the highest quality brewing and packaging equipment. Two Roads Brewing Company is open for tastings seven days a week and tours Friday through Sunday; for more information go to www.tworoadsbrewing.com.

ABOUT SHANGY’S DISTRIBUTING
Shangy’s originated in 1980 with one simple goal…to take beer to the next level. “Beer is the new wine” as noted by our founder, Javad Hadian in an April 1983 issue of All About Beer Magazine. It all began in 1979 when an immigrant husband & wife decided to build their “dream beer business.” With huge interest in better beer, they built one of America’s most sought after beer stores and later PA’s first craft-only beer wholesalers. What started with an old Ford Cargo Van, a cell phone the size of a suitcase, and endless hours of work, has blossomed into one of the largest specialty beer wholesalers in the country. With a team of over 20 sales representatives, two sales managers, two grocery managers, a tell-sell sales team, an operations manager, inventory manager, and general manager, we have become one of the finest specialty beer teams in the nation! We take great pride in our facility and are always expanding and updating.