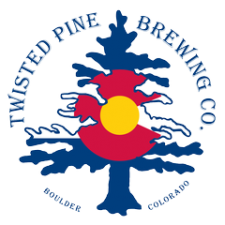 Boulder, CO – Judges at the 2013 Great American Beer Festival® awarded Twisted Pine Brewing Company with a medal for West Bound Braggot for the second year in a row last weekend.  The brewery was presented with a bronze medal in the Specialty Honey Beer category, following up on last year’s gold medal, and announced plans today to brew more of the acclaimed ale soon.

Medal-winner for second straight year will be available again soon

A unique spin on the medieval style, West Bound utilizes Tasmanian pepper berries and Buddha’s Hand citrus along with orange blossom honey in the kettle, and is fermented with a special strain of Belgian farmhouse yeast. The resulting elixir is deceptively light on the palate for a beer of 8.5% ABV, and finishes dry and crisp with a tantalizing mélange of citrus and pepper, plus an exotic swirl of farmhouse esters and Citra hops.

Twisted Pine looks to release the beer in a couple months, but President Bob Baile explains that “West Bound will be released whenever it tastes exactly like it should because these types of stronger beers tend to benefit from a little extra maturity.” The prized braggot will be packaged in draft only and made available in limited quantities throughout the brewery’s distribution range.

About Twisted Pine Brewing
Based in Boulder, Colorado, Twisted Pine Brewing Company has been hand-crafting quality ales since 1995. In addition to such favorites as Hoppy Boy IPA, Raspberry Wheat Ale and Billy’s Chilies, the brewery has repeatedly pushed the boundaries of style guidelines with such creations as Big Shot Espresso Stout, Northstar Imperial Porter and Ghost Face Killah. Twisted Pine is actively involved with local charitable organizations and is a staunch advocate of sustainable business practices.