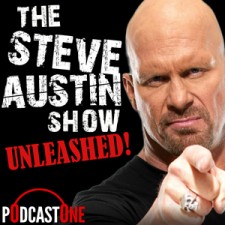 From Dan – – I was listening to one of my favorite Podcasts this week, The Steve Austin Show, and Steve’s opening monologue caught my attention. Before bringing on his guest, he started talking about home brewing, drinking craft beer, and plans for commercially brewing at his ranch in Texas known as the Broken Skull Ranch.

Steve mentioned he brewed a 1 Gallon batch and caught the bug.  He’s going do some testing and experimenting at The Broken Skull Ranch with the possibility of brewing commercially within a year’s time. Steve proceeded to rattle off a few craft beers he has discovered and enjoyed.  For any of you who followed him while he was a professional wrestler, will remember he used to suck back those Bud Lights and Miller Lites. As one of the biggest Stone Cold marks and Craft Beer marks, nothing could make me prouder.

Craft Beers Steve’s been enjoying here at his place in Los Angeles:

To hear it straight from Steve’s mouth, click on the 10/15 show here.