San Diego, CA (April 13, 2018) – Thorn Brewing Co. is changing the can-game with their debut of The Essential IPA Series. Last summer, Thorn started canning four of their most popular beers and now they are taking the beer can to a new level. Got Nelson? IPA is the first beer in The Essential IPA Series and has already hit shelves across San Diego and Los Angeles. This gorgeous can houses not only the Got Nelson? IPA, but will hold also the next three IPAs that are coming up in the series: Tropic Daze IPA, Far Far Away IPA and Mystic Gnome IPA. The fun begins when people check the sticker on top of the six-pack holder (or the name on the bottom of the can) to find out which IPA they get! Only one IPA will be available at a time. The Essential Series beers are always fresh, always 7% and always IPAs.

“The Essential IPA can is a game-changer by allowing our IPAs to evolve with hop availability and our ever-changing palates.” Dennis O’Connor, Thorn’s CEO and co-founder said. “If you like fresh, these IPAs are your best bet.”

Thorn Brewing’s willingness to have fun and experiment with packaging is front and center with this new can design. From the fresh, argyle pattern to the playful color scheme, this can stands out from the pack. For those wanting more information on which hop profile is in their Essential IPA, head to Thorn’s website to get additional information on the beer. Got Nelson? is now available throughout San Diego, Orange County and Los Angeles, so grab yourself an essential can today. 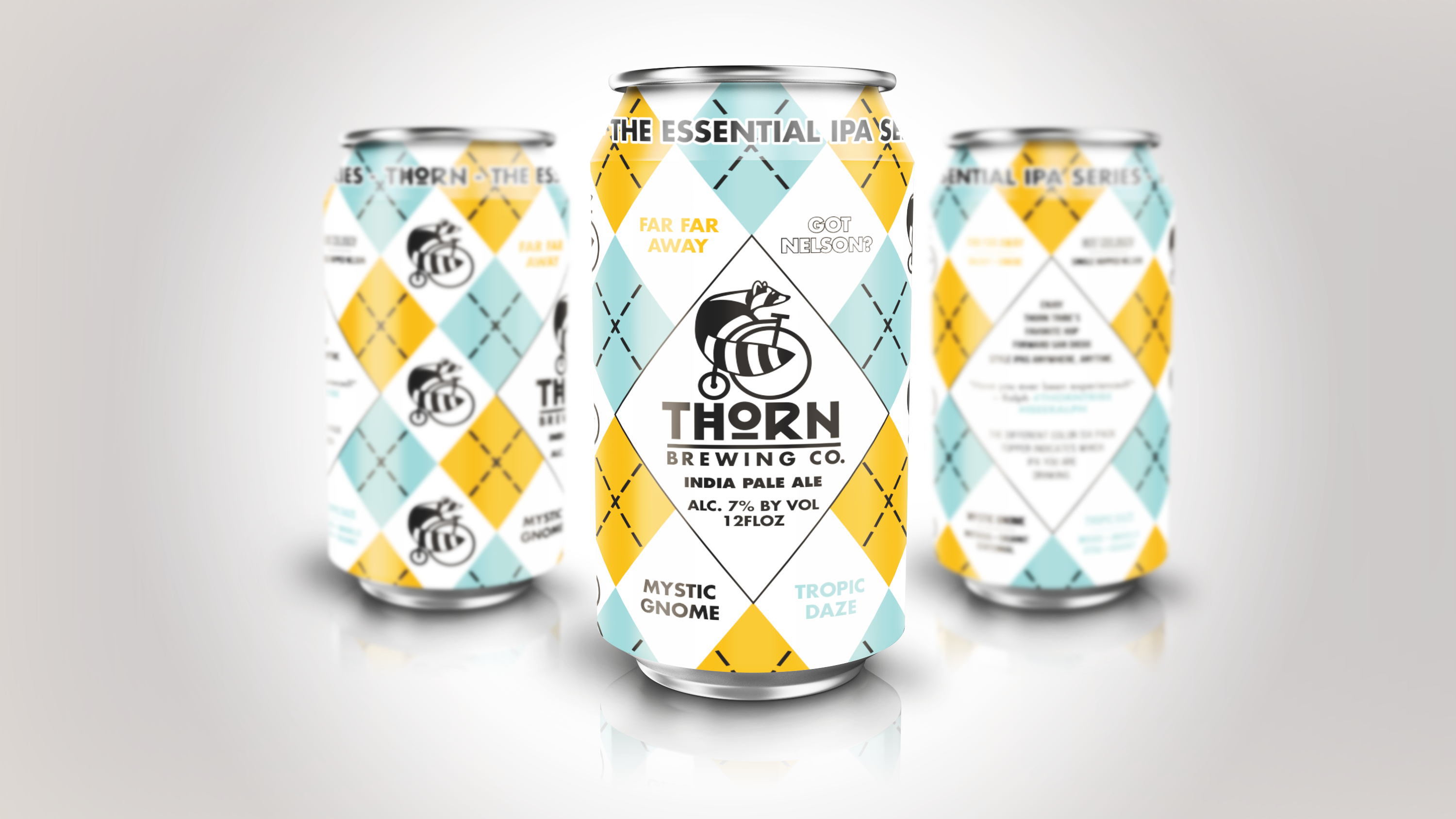 About Thorn Brewing Co.
Thorn Brewing Co. started out in 2012 in North Park as Thorn Street Brewery where they became known as San Diego’s ultimate neighborhood brewery. With 15+ beers on tap daily, they built a reputation for quality craft beer, awesome events, and supporting their local community through fundraisers and donations. In the early summer of 2017, they expanded to a second location in Barrio Logan as Thorn Brewing Co. Now, brew production is moving full-steam ahead in their 30-barrel brew house while Thorn North Park is their hub for experimental and specialty brews.