(San Marcos, CA)  –The Lost Abbey, along with Port Brewing, and The Hop Concept will be celebrating its Twelfth Anniversary this Memorial Day Weekend. On Saturday, May 26th, they will be holding their 1st Annual Cornhole Tournament and Celebration. 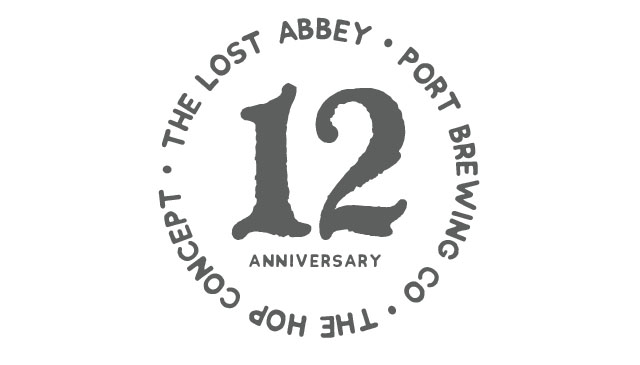 Limited to only 16 two-person teams, the winner of the tournament will score a six-pack of beer… The six pack being two ’16 Duck Duck Gooze’s, two ’17 Cable Car’s, and two Veritas 019’s. Each team member will also receive a t-shirt, ten tasters, and a bottle of Anniversary Ale as part of the entry. Tickets go on sale at Noon, Monday, April 16that shop.lostabbey.com.

“We’ve taken our anniversary party to be this huge event these past few years,” said Tomme Arthur, Co-Founder and COO of The Lost Abbey. “I thought it would be really fun to shrink it down a bit, and who doesn’t love to drink beers and have a little healthy competition.”

While the Cornhole Challenge will have a limited entry, the Anniversary Party itself will be open to the public. Specialty and vintage kegs as well as vintage bottles will be available throughout the party.

In addition to the festivities, all three brands will be collaborating on a new beer with some industry friends. The Lost Abbey with The Bruery, Port Brewing with Bagby Beer, and The Hop Concept with Alpine Brewing.

More info on the collaboration beers will be released leading up to the Anniversary Party.