(Eureka, CA) – Dancing Cow Milk Stout, originally launched by The Booth Brewing (“The Booth”) in South Korea as an easy-drinking milk stout, will be released this week in California in kegs and in cans for the first time. 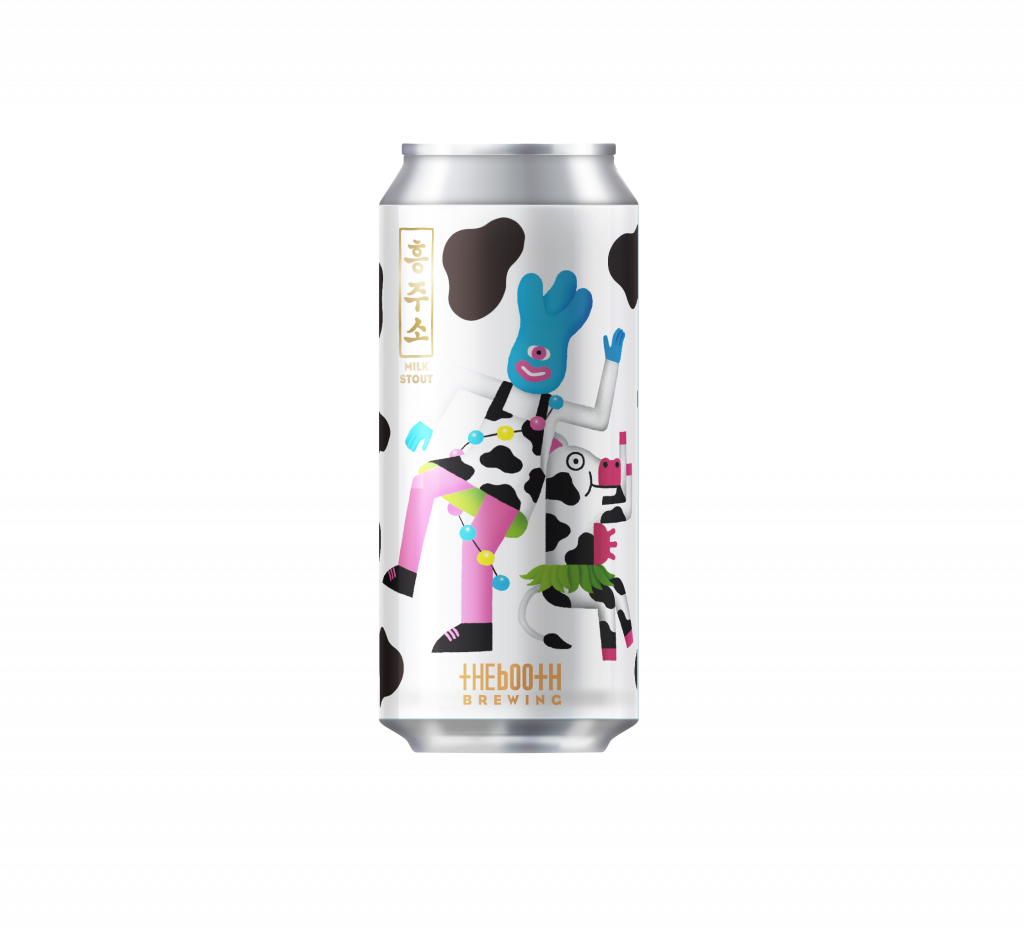 Dancing Cow Milk Stout is the perfect sweet stout as we transition into fall. As we say in Korea, ‘It is what makes even cows dance!’ Pouring a dark black-brown hue, this milk stout is smooth, sweet and easy to drink. You will find yourself enveloped by notes of chocolate and caramel, with hints of brown sugar, and the smoothness of milk and vanilla. At 4.9% ABV and 33 IBU, this stout will lift you up even when you’re in a bad mooooood.

Dancing Cow Milk Stout will be available in 16 oz. cans and 5.2-gallon kegs. The beer will be available at limited locations in Humboldt County and in the Bay Area starting the third week of October. Check out the availability at findthebooth.us.

About The Booth Brewing Company:
The Booth Brewing Co. started off as a small pizza pub in an alleyway of Gyeongnidan in Seoul, Korea in May 2013. Its three founders, initially working as a Korean medical doctor, financial analyst, and Economist correspondent, came together over their love of craft beer and the ambition to create a “booth” where young-minded people can gather to change the world while enjoying quality beer. May 2017, 4 years since its birth, The Booth extended its operations into the current Eureka facility, which was formerly owned by Lost Coast Brewery. Since then, it has been catching the attention of many craft beer lovers across the nation. The Booth recently became a winner of the California IPA brewery of the year at the NY International Craft Beer Competition, and gold medal winner of the largest alcohol beverage award in Korea, Korea Wine & Spirits Award.