(Eureka, CA) – The Booth Brewing Co. unveils the seventh brew from their limited series called “Make This Happen” in which consumers have the power to decide what The Booth Brewing will include in their future lineup. Lucky number 7 is a double-dry hopped ale with Ekuanot hops. “Our Make This Happen series gives us an opportunity to experiment with new and different hops and we won’t stop exploring!” said Dave Franklin, Operation Manager at The Booth Brewing. Ekuanot provides pronounced aromas of citrus, tropical fruit, and earthy characteristics. “This is our first adventure with Ekuanot hops and we’ve come up with refreshing flavor combinations that will leave your tongue tingling in delight.” 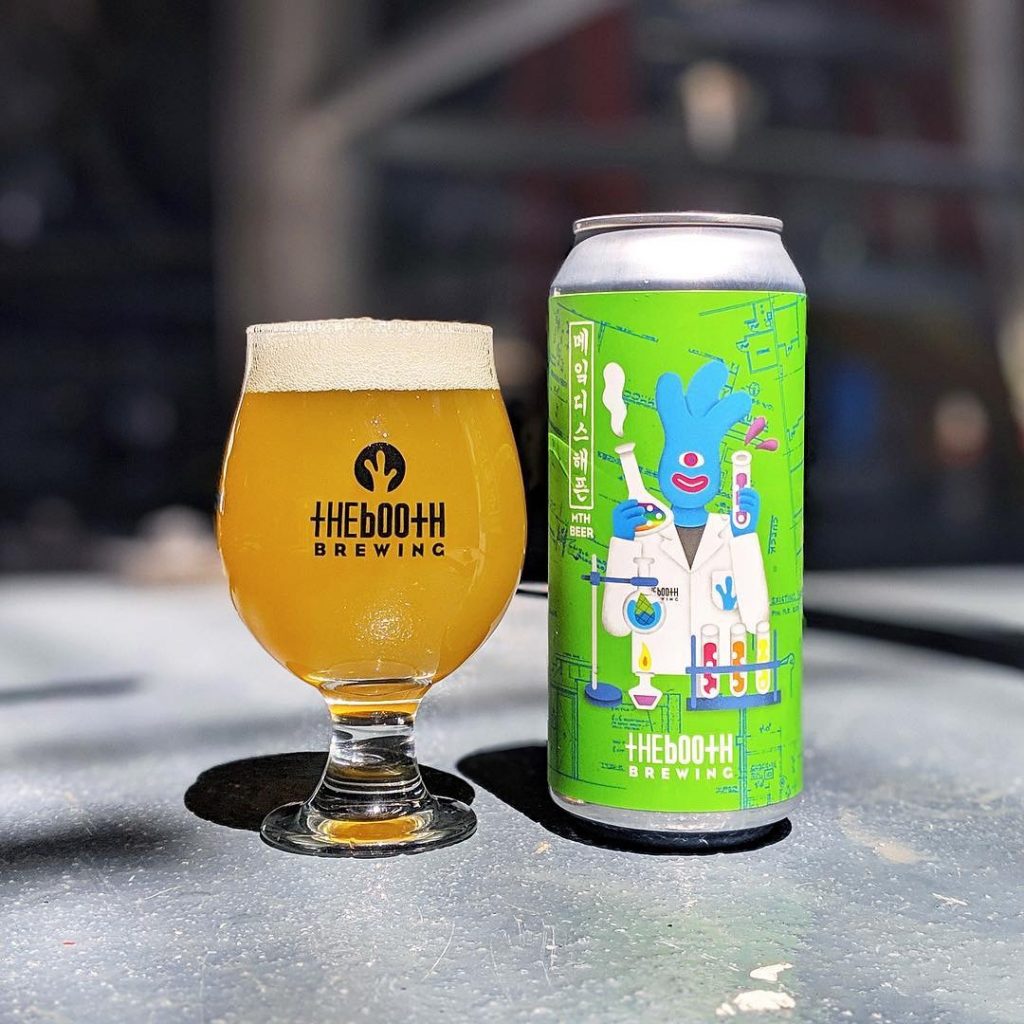 This hoppy ale clocks in at 6.5% ABV and 28 IBU and pours a pale yellow straw with a bright white head. Bright notes of apple, peach, and papaya dance on the nose while the palate builds upon the aroma with flavors of citrus, green pepper, and a lingering note of pithy grapefruit. This refreshing ale brings a little extra sunshine to the spring season.

Make This Happen #7 is available in Humboldt County and Northern California late-April in both cans and sixtel/half barrel kegs.

Leave a review in the comments on Instagram @makethishappenbooth or rate them on Untappd to decide the fate of this brew! To find more of The Booth’s brews check out www.findthebooth.us.

ABOUT THE BOOTH BREWING CO.
The Booth Brewing Co. started off as a small pizza pub in Seoul, Korea in May 2013. It was founded by three friends whose love of craft beer brought them together. They also shared an ambition to create a “booth” where young-minded people could gather to change the world while enjoying quality beer. Four years since its birth, The Booth extended its operations into the current Eureka facility, which was formerly owned by Lost Coast Brewery, becoming the first Asian craft brewery to brew in the US. Since then, it has been catching the attention of many local and international craft beer lovers.